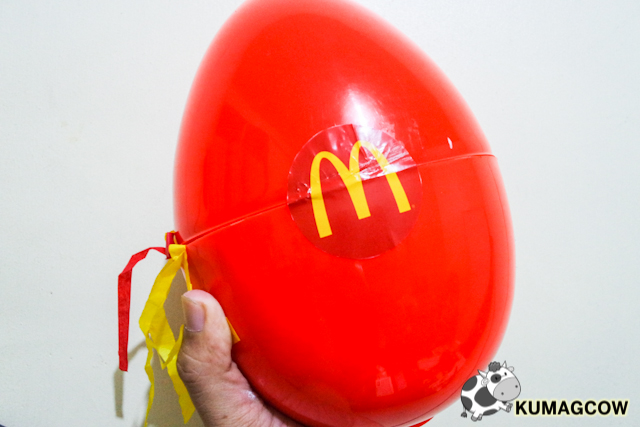 When I arrived from covering events last week I saw this huge egg on our foyer and it was about to break. Tons of red and yellow confetti was already out and something was really trying to force its way out of it. I looked at the side and it had a McDonald's logo on the side, then I did the next big thing. I opened it. 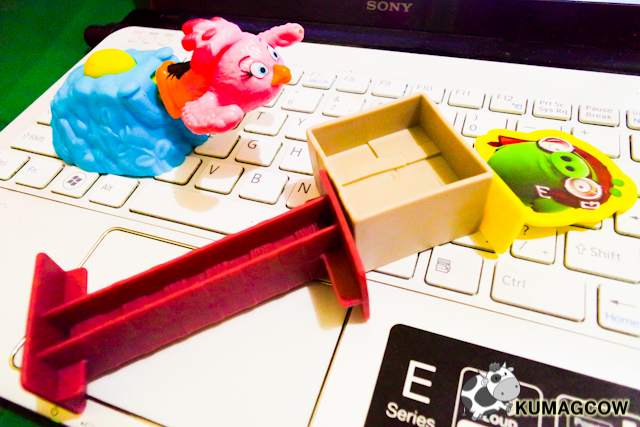 It's the McDonald's Angry Birds Happy Meal and we've got the actual toys in it. Unfortunately there was a note indicating there's about 5 more that isn't included in the pack and I'll be getting it during the premier night this Saturday. I can't wait, I'm excited! The one above works like a stack, you have to put the three things upright. The stand, the block and the pig on top. Then the shooter includes the pink female bird which you can launch from the stone when you press the yellow button. It's fun, and it works so it's really worth the money. Lead bird donning his red suit can also catapult from this yellow rock launcher so he can knock off the stack and save those precious eggs with small angry birds on them (if they hatch). 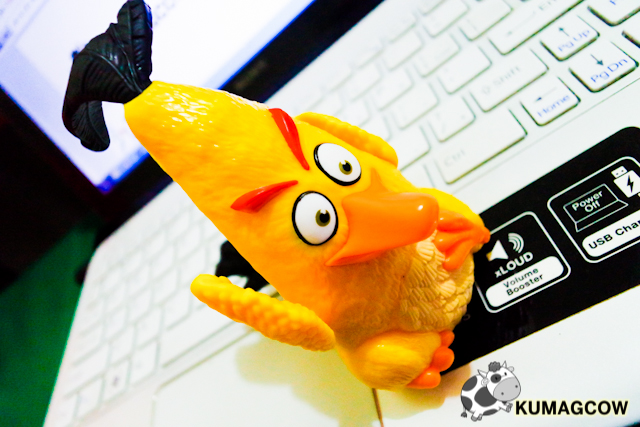 This yellow bird will provide laughter in the movie but of course it's the mighty one that can penetrate wood in the game. This is a stand alone character which you can get in Happy Meals, I think its wings spin if I'm not mistaken. Check it out in stores. 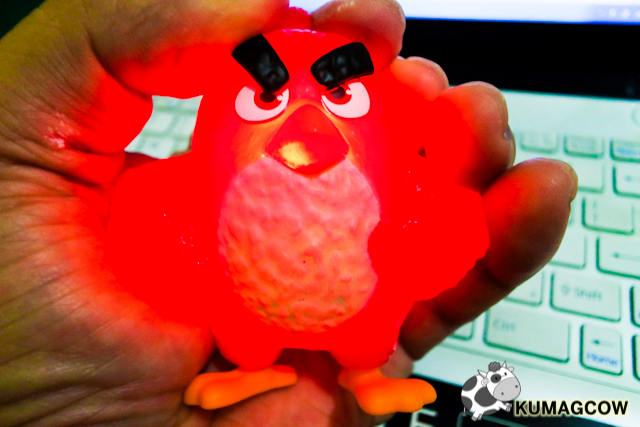 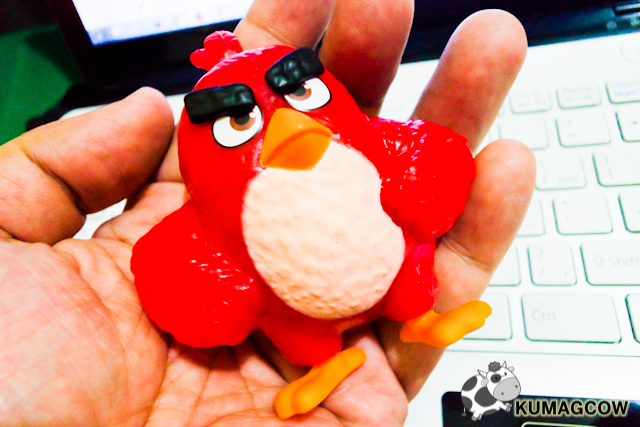 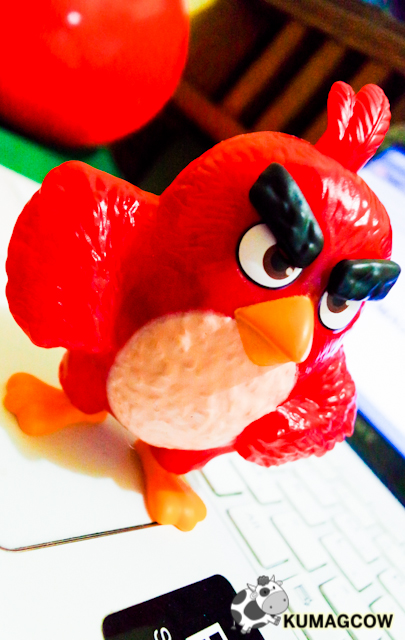 This one is my favorite. The Red Angry Bird actually lights up when you turn on the switch on its back then raise its eyebrows in front so it would look angry. It looks so nice in a dark room, I love it a lot! 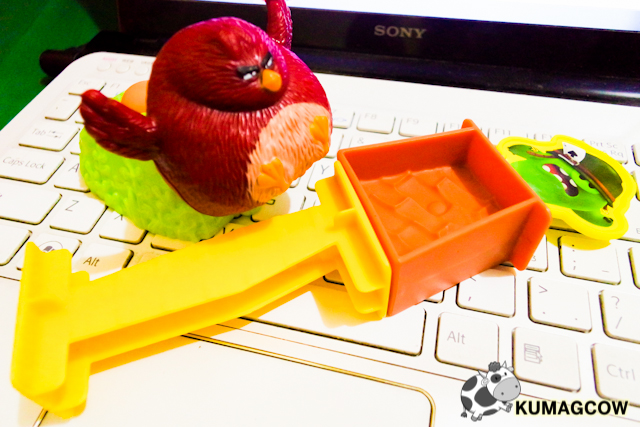 The huge bird looks funny, it can also launch from the stone by pressing the button on the back. It's the tough one and you can topple the pigs on the tower in one blow. You should also get the other variants so you can play with friends and family. 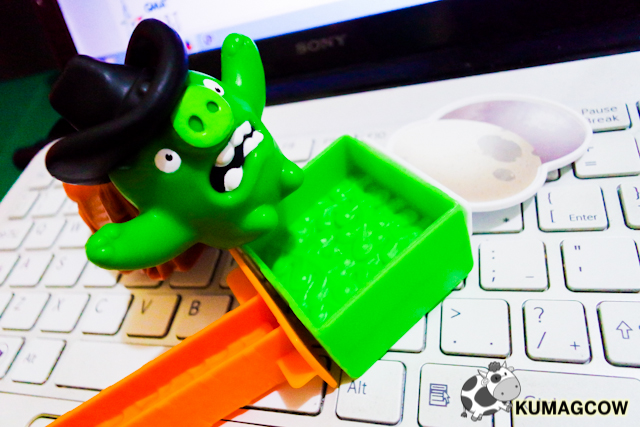 For those who want to be a little evil, you can play the role of this pig from the west. It can launch itself from the saddle and take a chance to grab those eggs from the Angry Birds so you better keep them safe!

These lovely toys will be available next week which will coincide with the showing of Angry Birds the movie, so keep your kids excited by taking all hese toys home or taking it inside the cinemas. Thank you so much to McDonald's for this treat, my Dad and I love it! You've got 10 toys to collect!

For more information about their toys: