Lovi Poe and Vhong Navarro for "Woke Up Like This!" 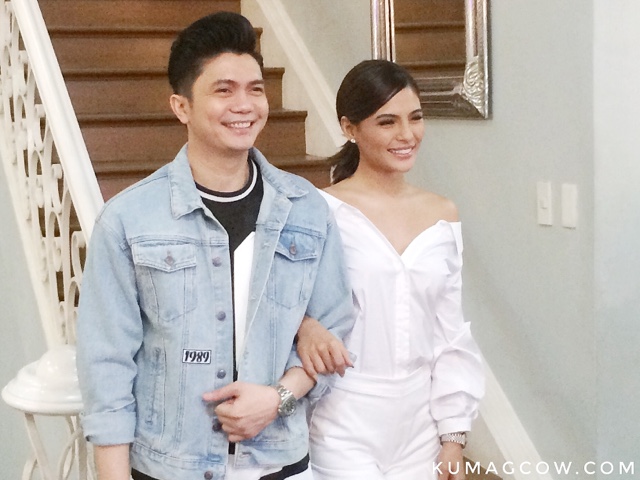 I'm sure you've already seen the trailers playing on TV every now and then. There's a new movie in town and it's doubly crazy because funny man Vhong Navarro is switching genders with primera aktresa Lovi Poe in Regal Film's newest film called "Woke Up Like This!". For millenials this might feel like the instance where you take a selfie after waking up literally but for them, it's a little different. 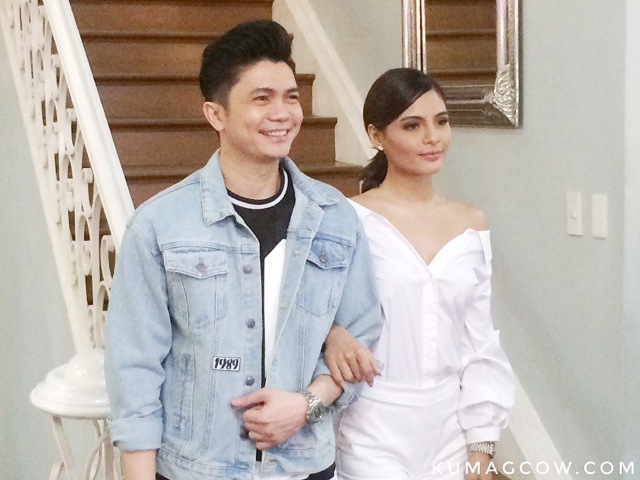 This might be their first pairing but you know this is going to be a riot because just imagine, an very athletic guy, with a very promising basketball career suddenly switches bodies with a very sought after supermodel. Seeing them do normal things suddenly became very funny as it looked totally slapstick and funny because they just couldn't get used to each other's bodies. How did it all happen? Maybe the heavens above had to teach them a lesson in how to not get all that fame into their heads. It is Direk Joel Ferrer's directorial debut, but it's already getting rave comments online as the last trailer they released already got 7 MILLION views. It will also star Joey Marquez, Bayani Agbayani, Cora Wadell, Dionne Monsanto, Yana Assistio and Raikko Mateo. Make sure you see Sabrina and Lando once it shows on theaters this August 23, they won't be throwing jokes if it ain't funny!

Direk Joel says "This is the first time that I'm working with a material that isn't mine and this is an ensemble cast, I am overwhelmed but I'm game to do anything so this was a blast to do."

Vhong adds "Lando will be Sabrina and Sabrina will be Lando so you have to know how crazy thay would be if it happens. Lovi and I already worked in the last Shake Rattle and Roll so we kind of know each other. This will test our chemistry on screen because sometimes comedy takes team effort. Lovi is hard to copy, but I found out how easy she is on set and she teaches me her ways. We talked about this a long time ago and had some similarities with Hollywood films, but our version is based here, and we are doing things that the kids could learn a thing or two from. I had difficulties learning how Lovi talks in English because she is refined, and you can't go overboard and not look like a gay person, but I do sometimes enjoy that. I also would like to experience how they go out on dates and not pay a single cent because I do that."

Lovi Poe adds "Working with Vhong is the greatest experience of all time, in comedy you should always enjoy what you are doing so this cast and the people behind them is just a perfect mix. The writers are all there during the shoot watching us like a hawk. We couldn't stop laughing and we have tons of bloopers. You need to have extra effort because he's Vhong and watch every scene that you do. He will tell me if I am going overboard. I have experienced pissing while standing up, and also how it is to be a little care free, walk around without a bra and just going to the set without any makeup or my hair done two hours before every shoot."

Bayani says "I am a fan of Vhong and I hope I get to do movies that he did in the past. You always see him do different things and that makes him unique. I always text him when I watch his show. I also watch Lovi in indie films and small projects so you couldn't really say but wow now that she's making us laugh."

The writers explained "The concept is light and timed right because there are just a lot of things happening in the country today. We want the characters to be really like normal people and we are glad that Regal trusted us with this. We have background in standup comedy so you will see those instances here, a lot of things will happen." 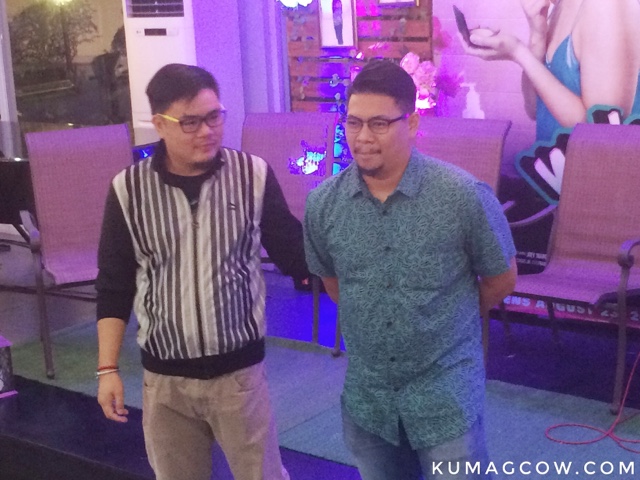 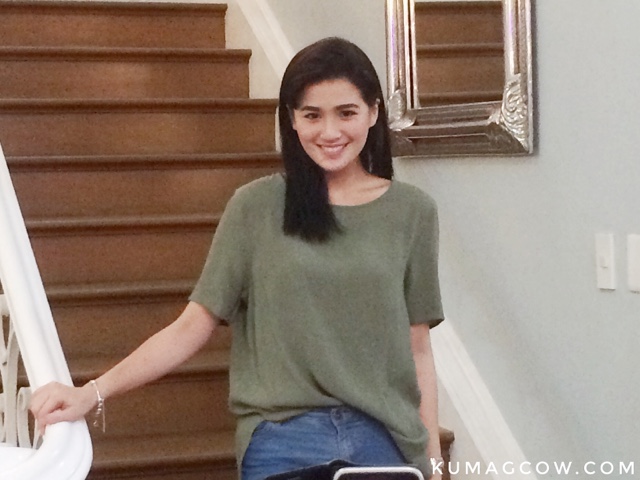 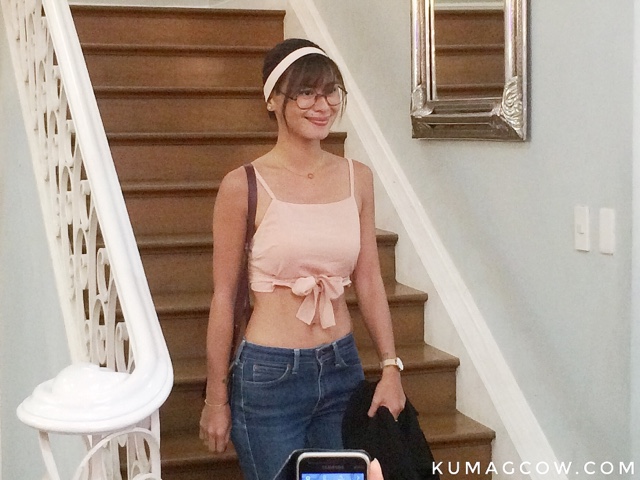 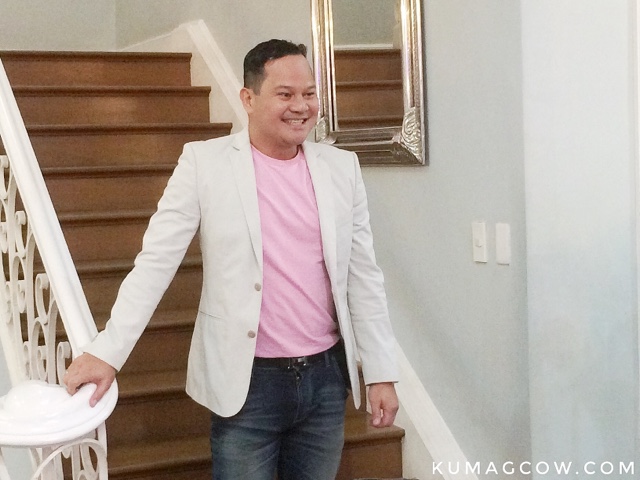 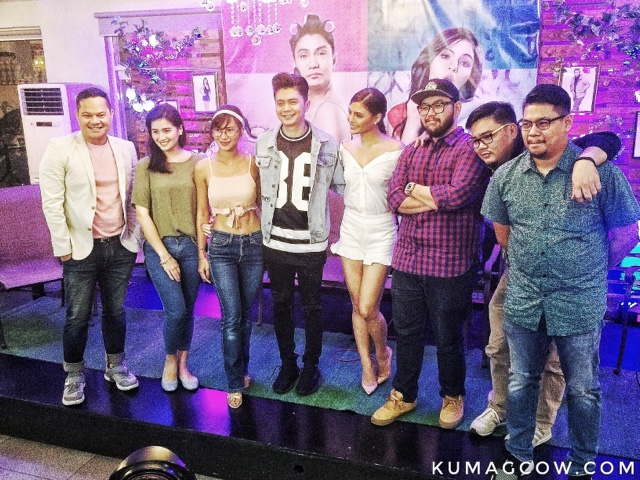 This film is under Regal Entertainment, Inc. They will be going around shows and promoting this film so stay tuned!