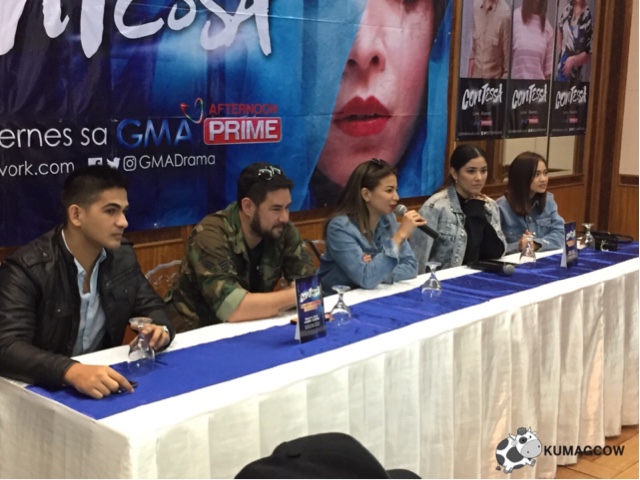 Had the privilege to watch the new show Contessa, GMA Entertainment Content Group’s offering for the afternoon time slot of the Kapuso network. This is about how a woman wanted to fight, wanted to be free, who wanted to love and just live. 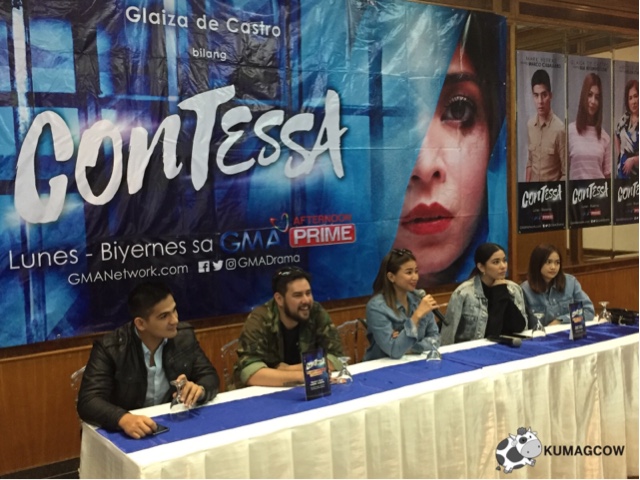 Glaiza De Castro who takes the lead role says “I feel people will be surprised about how I would be beaten up, slapped, thrown out and abused by people, not the feisty one from Encantadya. It’s old school but hopefully you’ll feel hope for her no matter how hard her problems would be. That in a way will have someone to take care of you no matter how hard life is.” 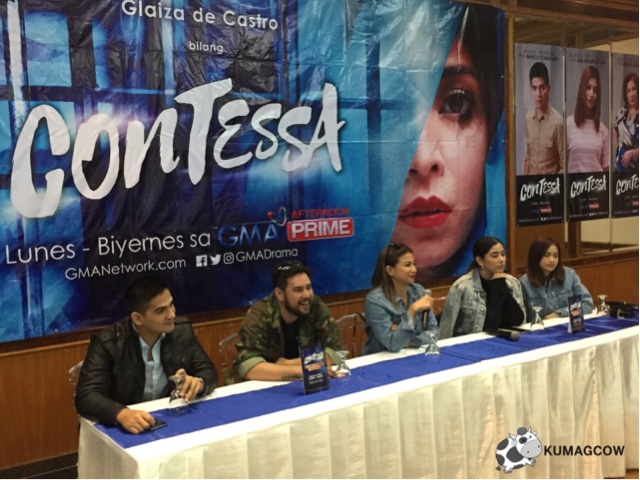 “It’s as stressful as the traffic in Manila, to be trusted with a good material, we just wanted to give thanks to the people behind this. Of course there is pressure, like I said I just want to make this realistic, focus my energy on what needs to be done rather than just ratings. I don’t think you won’t be rewarded if you do your best. The change of character is very drastic, I need to have someone guard me and my face because I didn’t want it to be too strong like Pirena. I connect with my co stars here. Revenge plots are deep in culture so that mentality is not really gone. In our soaps, you can compare it ti history, people look for hope in times like these and see if the decisions they make are right or wrong. When I read scripts I really enjoy how they are like heroes/heroines, like how it’s out of this world and fascinating like my fantasy shows. Yes Bea will be weak, she also will suffer even after her husband dies, be at fault and go to jail, but that’s where she will meet a whole lot of people with really make her think about the tough choices she had to do later on, it’ll be a little like Orange is the new Black but different delivery of course. Contessa later on will learn her lesson from these ladies that she’ll meet in prison, which will make her plot her revenge.”


Gabbi Eigenmann says “Yes I know it’s so nice to reminisce how Glaiza and I came from Dading and that’s where we actually got so close, so was really looking forward to work with her on any capacity. My character is going to be mean with Bea in this series but as long as I get to work with her I’m good. Dading was raw, it ended nice because we showed real feelings to end the show, this I hope would be the same.”
Phytos Ramirez adds “I am going to be evil but mostly because I’m only following orders, I would do everything for money and that’s what I’ll do all the time. I will be instrumental in my boss’ fall later on but not in the near future, it will be a difficult life for Bea first.”
Lauren Young says “I’m not entirely evil, perhaps a percentage of me will only be in that situation because she’ll be a boss one day then very childish and no backbone the next. The family ties will also hasten her to be part of what they are doing, and the thought of fighting over a man, with Marco, and the situation will get worse because of that even if he dies. That’s where her angst came from. I’ll also be one of the reasons why Bea’s life is going to be difficult. She’s a business woman, a very good one. But what Daniela wants, Daniela gets.”
Denise Barbacena says “I won’t be 100 percent evil, more like the Phytos lady version because I work for Lauren’s character. She’s my boss but I will be comic relief as all of them are already very serious.”

The revenge plot is just the tip of the iceberg and judging from the first episode we watched this evening, you may have to watch and start it from Episode 1 so you understand where the characters are coming from.


You’ll hate the evil ones, but you’ll love their redeeming factors and how their revenge takes play. This will be shown on GMA’s afternoon prime Mondays through Fridays. Visit GMANetwork.com or GMADrama on social media because they’ve got hints about the characters there.
It starts airing March 19, 2018.