You Can Shine the Brightest with White Glo 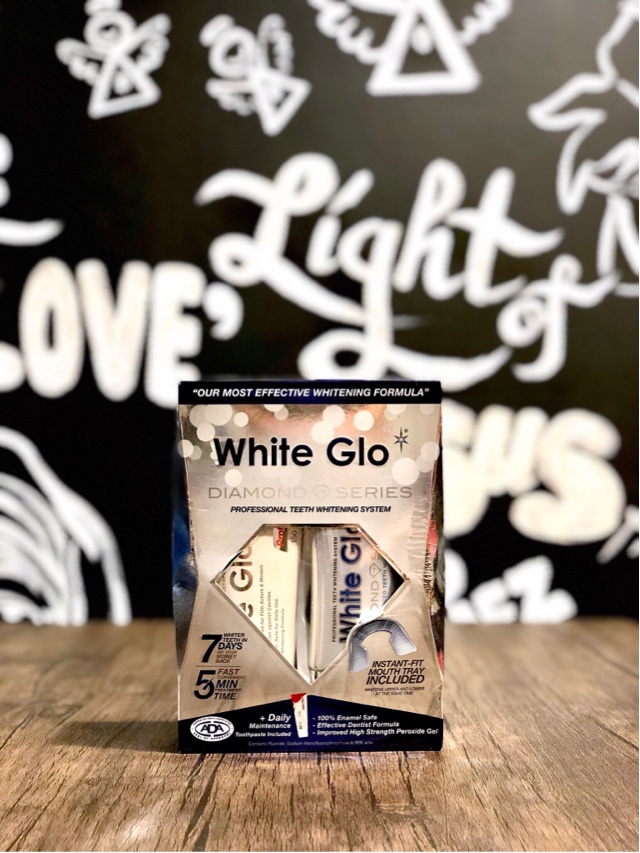 We've all had our share of stories, when our confidence is at the lowest of lows, and it's not just about the things we talk about, some are just physical like our smile. In this day and age people want perfect white teeth, some have it, some don't, and most of the time... they get ridiculed and laughed at. People like you and me try a lot of things, even whitening from Dentists but we know how expensive that is. We also try to find a process that's fast, effective, and try it out without spending too much. This is where the new brand WHITE GLO comes in.
Richie Burgos, the Sales and Marketing Manager of Syner-geX Corporation says “Syner-geX is just new in the business and we used to only sell fabric conditioners, soaps and cleaning materials. White Glo came in later and we know how tough the competition is. Now we have a home whitening system but it won’t cost you 15-20K like with the dentist. White Glo can do whitening in a week. MOA, Podium, Ayala Mall the 30th, Watsons stores are already selling it and there will be others in the pipeline.” 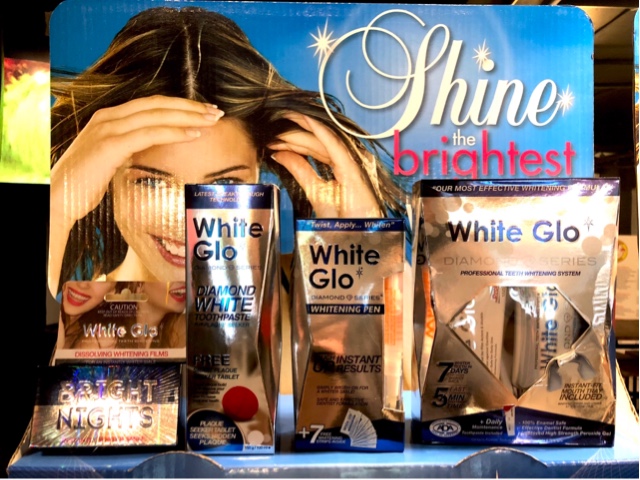 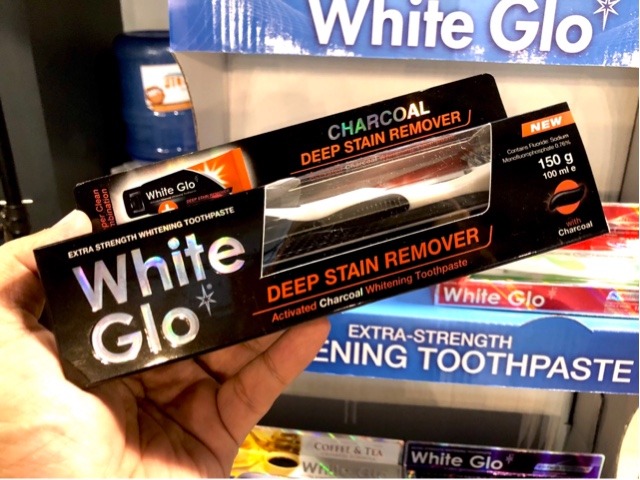 White Glo came from Barros Laboratories in Australia. They have been in the Philippines but wasn’t able to distribute any of the Diamond series so here we are doing it. The White Glo Diamond Series is a kit. It’s got a tray and whitening gel which you can use and leave for 10-30 minutes. You would need to use it 2-3 times a day for optimum results. Then rinse, you’ll see the difference after that. White Glo bright nights are films that dissolve so you can whiten instantly. Just put in the film and it will dissolve on your teeth, perfect for parties and events if you need the boost in a jiffy. 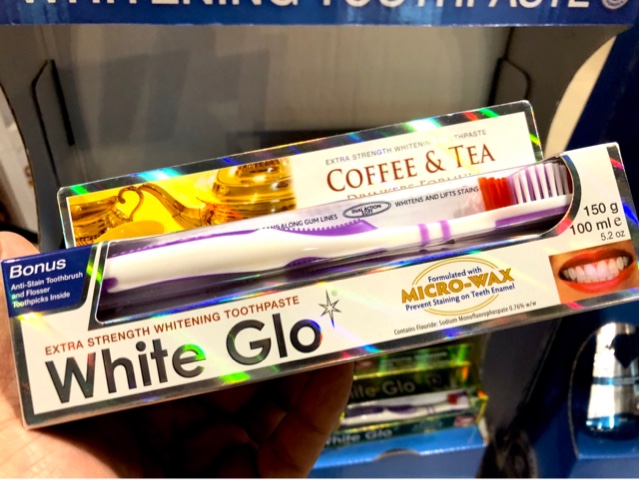 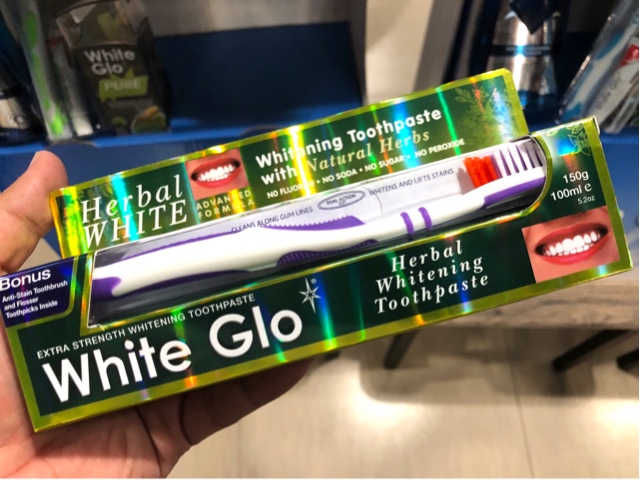 The White Glo Whitening and Enamel Mouthwash removes bacteria on your mouth, we also have White Glo Extra Strength Whitening Toothpastes which consists of the Professional Choice, 2 in 1 with Mouthwash and Charcoal Deep Stain Remover which costs Php 199.75 to Php 229.75. 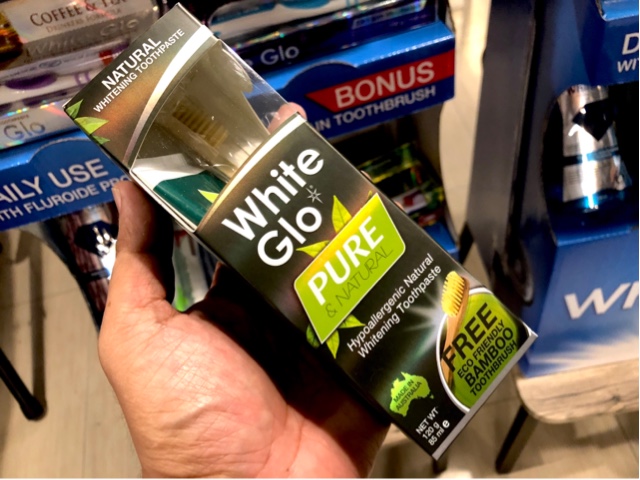 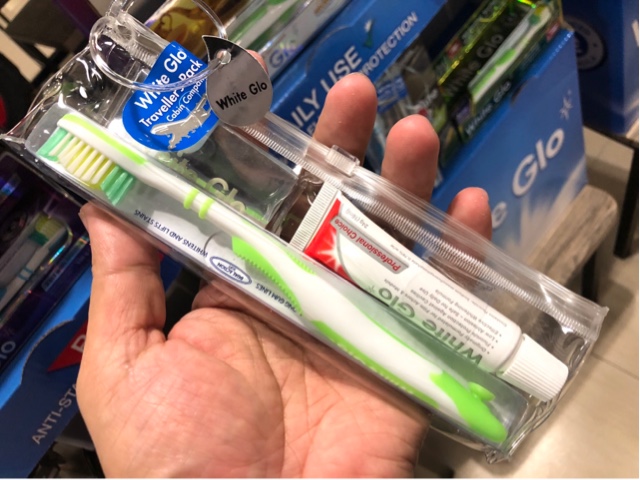 We also have a Travelers Pack which is the Professional Choice with a pouch and toothbrush that’s perfect for your short trips. We also have White Glo Pure and Natural which is hypoallergenic, no sodium lauryl sulphate, no flouride, no triclosan, no parabens, no sugars, no peroxide, no bleaches, no sulphates, no harmful dies, no harmful chemicals, vegan, gluten free, and use only organic ingredients. We also have an eco friendly bamboo tootbrush. We started in Watsons and we saw how it picked up there and plan to have distribution in other huge malls very soon. We are available nationwide now because we have it in KCC in Mindanao and Duty Free in Subic.

Dentists had a convention early this year and they tried it. They bought it too and plan to sell it to their clients because it is affordable. We may plan to also sell these online and it’s all FDA approved.”

I haven't tried it personally but with the Miss Australia 2015 and the other video bloggers who have sworn it's effectivity, I guess there's no harm in trying. I'll see if we can purchase the kit the next time I'm in Watsons.
Hope you guys try it out too!