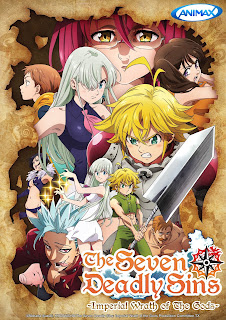 More content means a win for the Filipino viewer, so that only means we're winning now as entertainment shows from Japan will be coming to more venues in Philippine shores. Leading multimedia company KC Global Media Asia who's channels Animax (the number one anime destination) and GEM (super cool Japanese entertainment channel) will be airing their shows on TrueID Philippines and Cignal.

Animax has always been a go to spot for everything anime and I loved several of their previous shows but this April, they're going to start showing The Seven Deadly Sins -Imperial Wrath of the Gods, One Punch Man and Cells at Work! Mind you they're doing this on the same day they are showing it in Japan so you're literally getting the freshest shows all in TrueID Philippines. Aside from that, GEM will also get their drama shows, specifically Cursed in Love this month plus a whole lot of Japanese variety and reality shows to be seen on Cignal. 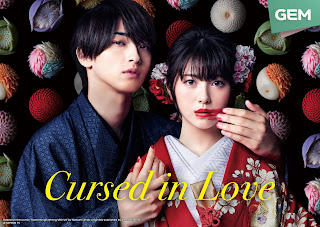 Cursed in Love is basically a family drama, of friends Nao (Minami Hamabe) and Tsubaki (Ryusei Yokohama) who initially got their parents death and life intertwined. Their love story is a pretty complicated one too but you have to watch it on Cignal okay? GEM will also be showcasing this month "Nemesis" which stars Sho Sakurai of ARASHI and Suzu Hirose this coming April 17 and the consecutive Saturdays after. Show starts at 8.40PM and will be shown within the same week of airing in Japan. For those who fancy travel shows, GEM also co produced with Kansai TV Budget a show called Trip in Japan which will premiere on April 27 and Tuesdays thereafter. It'll be shown evenings at 7.50PM.


Make sure you've got these channels in your plans on Cignal and TrueID Philippines okay?