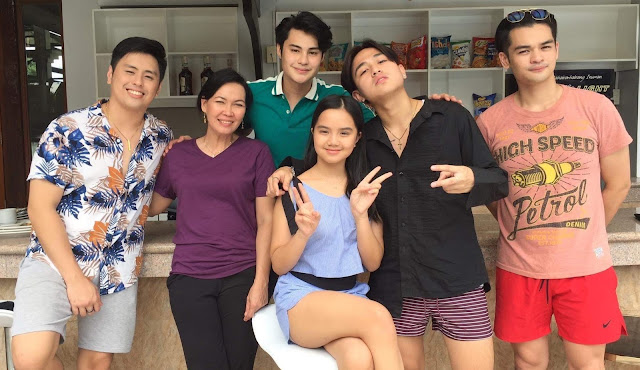 It was a really fun evening to talk to the cast and production of the upcoming romcom flick Wheel of Love presents "Weekend to Remember". This new show was made and created by the almost the same people behind the hit BL series "My Extraordinary" which garnered a couple million views a few months ago under Asterisk Entertainment. The series will also be shown on the Asterisk Entertainment YouTube Channel starting this Sunday (today!) at 7PM.
Truth be told, some of the cast members also appeared in the previous show and we got the preview the pilot episode (which you will get to watch today). The show also has no specific lead stars, but more of an ensemble cast which would be quite good since they can cover a lot of things during storytelling. Wheel of Love presents "Weekend to Remember" will be composed of several love stories that talks about young love, hetero and gay relationships. In a nutshell, it's about a family where the Asuncion brothers will be involved in different connections that might all blow up during a special occasion done during the weekend, hence the title. 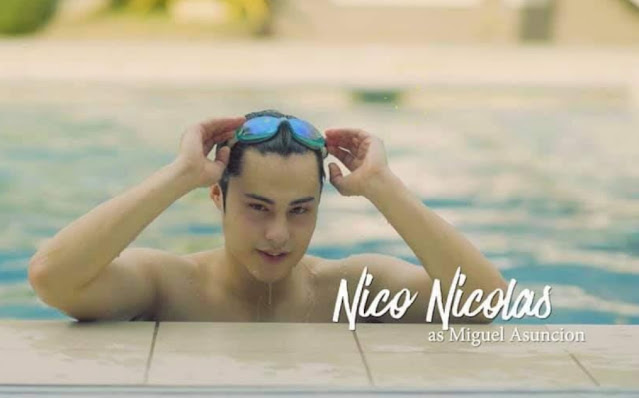 I got to ask a few questions during the livestreamed media conference yesterday and talked to Nico Nicolas and Kristine Hammond who will be doing the hetero type of romance in the story. They're pretty good friends in real life since they're both under Asterisk artist management and these roles would pretty much entail them to become even closer because they'll be falling in love in one way or form. For the two, doing the role of Miguel Asuncion and Jane Del Pilar was comfortable and felt like they were not working at all because the people around them was so much fun to work with. It took off the stress and craziness of doing the shoot during a pandemic and they felt quite taken cared of by the production.
Nico told us "I am really a very shy person, I'm not the type who would tell a partner about my feelings but more of just show it through actions. I don't usually say I love you, or I like you, I just do it if I can. When I met Tin for the first time, it was in an events place in Filinvest. She's very beautiful, her eyes are very attractive and so I didn't have a hard time showing how our characters would fall in love in this series. She's also very kind."
Kristine says "Before we even started shooting, in our short workshops we would often ask what we like about each other. I think we really started connecting from there, I'm really happy that he said that. He's a guy that you can talk to quite easily and quite down to earth. When I arrived in Asterisk, I wasn't able to talk to him as we had different projects and never had time to be together in a project. I already knew who he was because friends were talking about him, and I've grown quite fond of him during the whole filming. Yes, he is indeed boyfriend material."
I can't wait to see how their story will unfold as I think that will be done in future episodes.

The first episode that will be shown today will be touching on a pairing we've seen in the previous series "My Extraordinary". One of the BL stories will be done by Keijee Mesina and John Cortez. Their previous Isaw romance took a turn and became a little more about a boss and a kasambahay/assistant who's become secretly inlove with him. I bet, you'll love how these two will have their love story starts in the first episode entitled Arina Grande. Their funny antics and life like reactions to love like getting giddy, the banter between Keijee and the other help in the house would make this a good continuation of their previous love story. The two are fine actors and you'll be amazed how it'll become something that would span across pronouns or orientation, it will affect you because love is love. It's a hugely successful pairing and I hope there will be something more even after that. I really hope so. 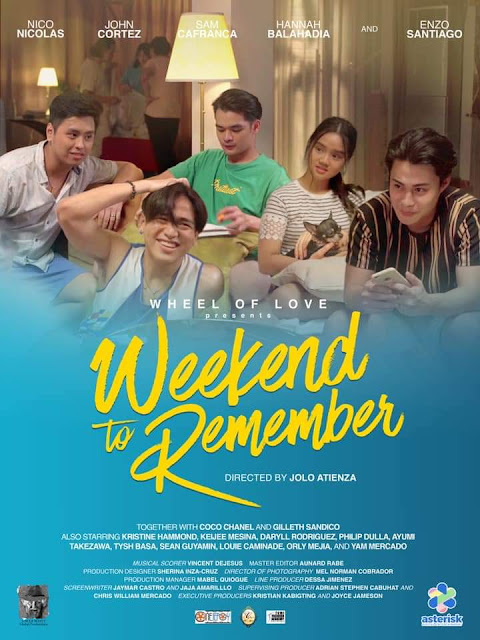 The series is written by Jaymar Castro and Jaja Amarillo. This is Directed by Jolo Atienza. Their original song "In love ako, In love sayo" sung by Camille Rose  Tarrosa is already out on streaming sites and apps so do that while watching the show. Again, make sure you're tuned in 7pm at the AsterisK Entertainment Youtube Channel in the next 8 weeks.

It'll be shown every Sunday so go fall in love with them like I do!