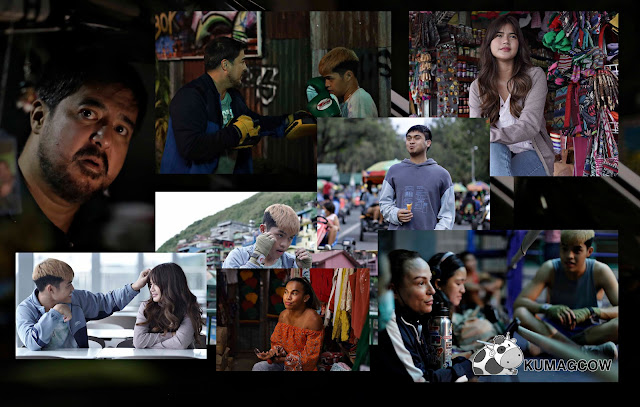 It's been a while since we've had the pleasure of seeing Aga Mulach on television. The iconic leading man, 80's hearthrob and prime actor is now going to work with one of the most promising award winning actors in the country Elijah Canlas. The series is called "Suntok Sa Buwan", it's like a movie made for TV produced by Antonette Jadaone and Dan Villegas which will premiere in Cignal's channels and their other properties.

Robert P. Galang says "Aga, Elijah, Direk Antoinette, I'm glad to introduce to you Cignal's newest project. This is produced by Jadaone and Dan Villegas. High quality content and best talents in the business. Congrats on the cast and team, we can't wait for everyone to see this first of the kind Movie-Serye" 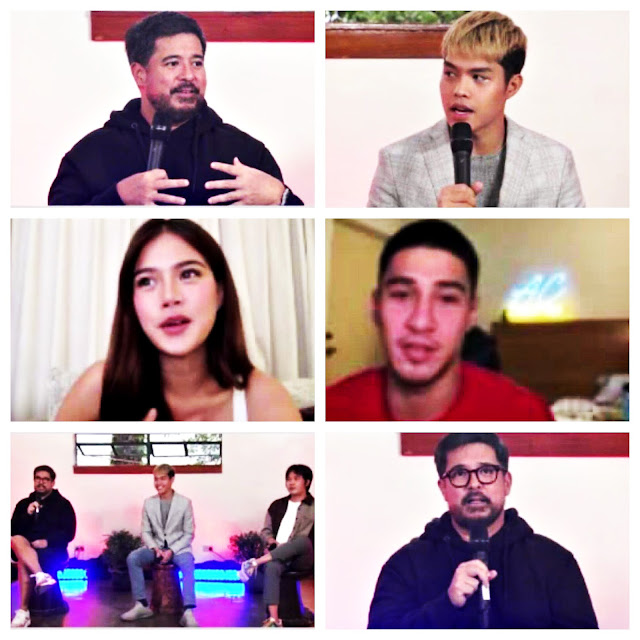 It's a father and son story, which you will see set in a rural area. With his love, he did crimes so he could be with his Dad inside the jail. It's all about doing the impossible things. Jimmy Boy is the Father of Dos, a yes man who was very popular in the valley of colors. Dos wants to continue what his Dad's dreams were, hence the boxing scenes and training in this film.


Aga says "Everyone had to shine, we have to think about our viewers. They are shooting this like a film. You do your best and leave the rest to them. I hope they love what they will see in this film serye. The best part is accepting the role, everything was nice from there. At first I was a little nervous because it's been a while but when you see this, you will be hooked. The best part is being offered the role, and being able to work with the cast. I also love how the training went and I'm excited to see this be shown on TV5. When they offered this to me, I wanted Baguio to be the location. I really was impressed how different this was and how it does fit me. It"s unbelievable that this is going to happen. I know people will love this."

About him working with Elijah, he says "I'm happy when I saw him during the look test, I find him really kind."


Elijah says "When I saw Kuya Aga, I felt relaxed and at ease with him. I admit I was very nervous at first but he got in touch prior to our first meet, this was before the screen test. I got a text from him calling me as his son, that made me really look forward working with him."

This is Directed by Geo Lomuntad and Produced by Project 8 Projects and Cignal Entertainment which I mentioned earlier. For those who would want to see it this month, it'll start on July 18 on TV5 at 7:15 PM. Then the next episodes on the same days after that.