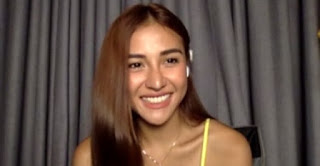 This nice afternoon was equally hot as we got to talk to Sanya Lopez, star of hit show First Yaya. As the show ended, Sanya is now promoting her first single called HOT MARIA CLARA. It fits the bill and clearly, she embodies someone like that. First Yaya also by the way will be included in Netflix this coming July 22, something people who adore her should take note of.
Sanya says “I get inspired listening to music of BlackPink, Ariana Grande, and other pop artitsts. I’m very happy that Direk was the one who executed this. I want everyone to feel like you’re the hot Maria Clara while listening to this. Being hot is objective, you can be anyone you want to be and in any clothes and still feel like you are sexy. Suitors? I don’t know, I don’t really entertain guests at home, I’ll fix my house first before doing that. Let’s also not forget being conservative at times because it’s still what identifies us as Filipinas."
She adds "Singing is really something I really wanted to do, if GMA thinks I would fit having another song in the future, I’ll gladly accept it. These days I spend a lot of time with my dogs, that’s what keeping me busy after the shoot of First Lady. I consider a lot of people hot maria claras, like a lot of achievers, the modern feisty Filipina. One that uses their voice, it’s what the song actually means. This is about knowing your worth as a woman.” 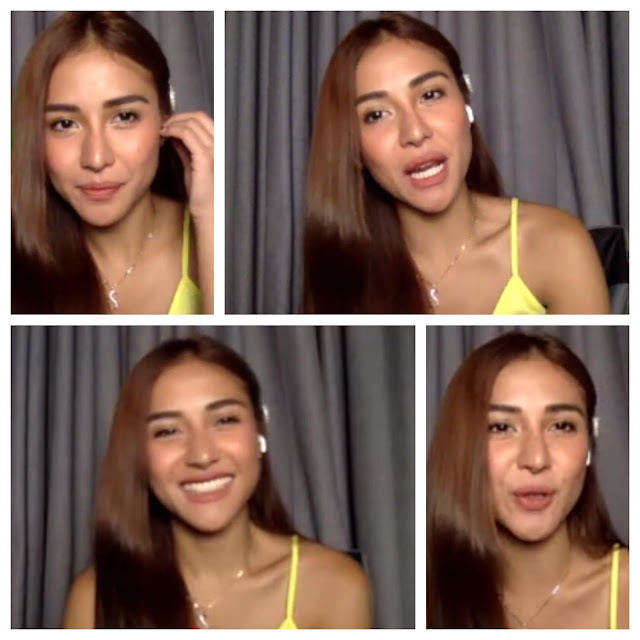 She says “My Mom actually egged me a lot to sing in the past, I also sing at home for my folks, and Kuya Germs also wanted me to sing in his shows and wants me to collaborate with other singers. I think I’ve told my friends about my dreams of having a concert but I think I should start making lots of songs first so I have something to perform there. I know there were a lot who questioned me when I joined Encantadia. Now they’re the ones supporting me, they motivated me to do even better in shows. My Mom wasn’t worried about me, my motivation is my career, it’s a priority. I’ve had a hard life and seeing people marrying early wasn’t a choice because I want a good life for my family".
Sanya will also have a new show but they’re keeping it mum for the meantime. It’ll come out around last quarter of 2022 and she is excited about it. You can now check the music video on YouTube and stream the single on Spotify and other digital platforms. She deserves the success she’s getting because she’s a hard worker.