Took a short trip to BGC a few days ago for an epic event from our friends at LG Philippines. They're showcasing their latest monitors and surely, I was already drooling of the huge ones on display on our table because I've been dreading to get one for gaming purposes especially for Valorant and GTA V. I also work with the same setup and having something that can accommodate all the windows for programs and files that I need to function especially when there's a lot to write about. So far, I love what I'm seeing from them. In this TOP GUN themed party, it was fit to see their most technologically advanced monitors and they used it legibly in different scenarios. 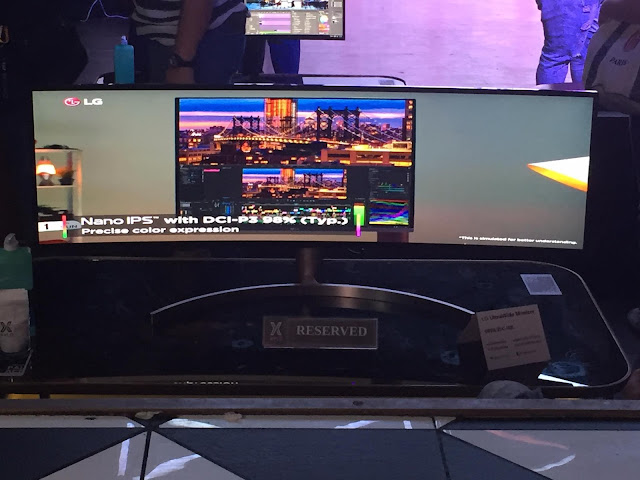 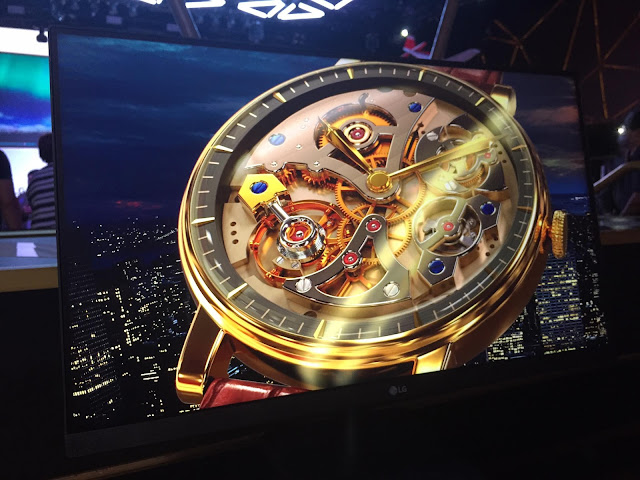 From spreadsheets, work related stuff, movies, graphics, they all displayed quite nicely at the event which was also attended by celebrities. Andrei Felix hosted the event and one by one, other celebrities like Eric Tai aka Eruption, PBA's LA Tenorio, Photographer par excellance Magic Liwanag, actress Myrtle Sarrosa and all around performer Gab Valenciano took us around for a tour to look at what's new with LG monitors.

They used the 32GQ950 OLED Monitor for a race car game and it performed well under these conditions. The LG UltraGear 32GQ950 had 4K resolution, details were on point, the 144Hz refresh rate was something gamers like me would benefit in especially in first person shooting games where lag is an enemy. It also has very nice output as blacks and whites are deeper and brighter, you won't be asking for adjustments right from the start. They also used the 48GQ900 OLED Monitor for console games, and because it's got faster response time and higher refresh rate, you'll see your character take action as soon as keypress happens, no delays in platform games or 1v1 modes because it can keep up with you. You can also see less glare and reflection, something that is quite important especially when you are editing images on the screen on normal work days. Photographer Magic Liwanag showcased the LG Dual Up 28MQ780-B which he uses on portrait mode, beneficial for creatives who would want to see the whole picture then work with a lot of other things while you're rendering videos of events on the side. Myrtle Sarrosa on the other hand loves the 29WP500-B 29-inch which is a 21:9 ratio UltraWide monitor. It gives her more than enough immersive experience when she's playing her favorite games on PC plus do her tasks if she needs to do office work on the side. Gab on the other hand enjoys the LG UltraGear 32GN500 because it gets all those ghosting problems gone as it utilizes NVIDIA G-SYNC and AMD FreeSync Premium at start, something people used to pay for to make things better. There were lots more in the event but I got a little excited when real NAVY personnel came in and met with Sungjae Kim the Managing Director for LG Philippines. 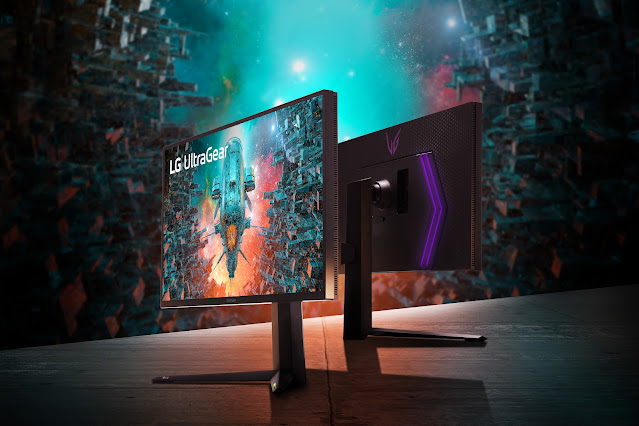 LG Executives went up the stage and announced something good, they gave 30 LG UltraGear 32GN500 monitor units to the Naval Air Wing of the Philippine Navy that was also there for the occasion. That part was really touching to give these quality monitors to people that serve the country, in my books, that's huge especially knowing that they'll be able to help a lot of communities with it.

Congratulations to LG Philippines and to the men and women who organized this event M360 PR+Activations Agency. Haven't had fun in a while so this was something really good to experience physically, after being stuck at home for a number of years because of this pandemic, thank you!