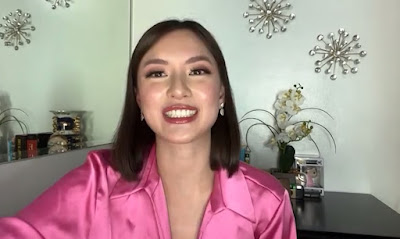 Versatile actress, singer and Starstruck alumnus Arra San Agustin just released a new single under GMA Playlist called "Hanggang Dito Na Lang". It's a very emotional song that discusses how to deal with a heartbreak, not just from love and relationships, but also friendships. She wants to delve into this genre a little bit more than usual as she just got off from a long term relationship, it was apt, sort of perfect timing. She's in a different place now, very much in love. She tells us a little bit more about it during a blogcon this morning. 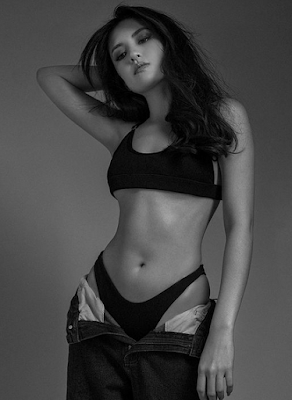 Arra says "The genre and emotions of the song was talked between us and the team, I wanted something that was a little hurtful, emotional, I've sung several songs for The Lost Recipe and Madrasta. I thought about sad songs, I want it melancholic, not just romantic relationships, but friendships. If things doesn't go the way we planned, this song personifies that. I personally don't just look at words or music, I want something that I can feel, something that can make us feel alive. I've been in relationships, this was apt for that. But now, I'm happily in love. I was doing voice lessons when I was a kid, it was really something I wanted to do since then. I think I've been influenced by Avril Lavigne, a lot of early 2000 artists, and indie too."

She adds "I would want to learn more, to enhance and improve myself more in creating music, I have more room for improvement and I'm willing to commit for that. I want to explore this genre I'm doing, I want to also do more emotional ones, but focus on this one so we can master it. The GMA Playlist team was very open to suggestions, I'm grateful because singers get pushed from their boundaries, they really get us involved a lot with that. They want us to do that. I really didn't expect to sing teleserye songs, when I was starting it really wasn't in the bucket list, but anything I do was because I had a lot of people who believe in me. They put us into that milestone, I used to freak out knowing that I'd be doing it here, or if I deserve it, and get it published on streaming platforms, but it is so worth it. The difference now with this single is that I'm more confident, I am also supported by my team, who want to listen, help me achieve more. Singing is something I love, I have to practice more so I plan to have voice lessons still. GMA offers that, and I'm glad they do that in preparation for other things we can do. For now I want to perform live, in an intimate setting. I want to feel how it is to do that in a small gathering."

If you're in love and want something that pulls heartstrings, go stream her song on streaming platforms. You can pre-order now and stream it on Friday, see why she's doing great in teleseryes and now, a whole new singing career in front of her. Congratulations Arra!