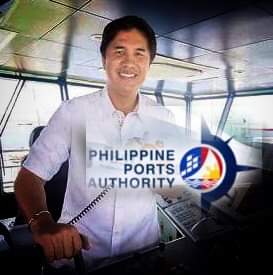 Details surfaced on the recent appointment of Christopher Pastrana as PPA Chief (GM) of the Philippine Ports Authority. This comes as a huge surprise to screening committee members Naida Angping and Anton Lagdameo. According to reports in daily spread Philstar, it’s something that should likely be questioned due to conflict of interest as there exists official posts in several corporations at the ferry line industry and even brother in law and daughters who are operating several ports which would then be under this office as a regulatory body.

This also comes as previous reports include a 132.1 million unpaid amortizations and interests from the Department of Transportation. This is something that should be looked at by officials putting him into office, especially by former PAL President and now new DOTR Sec Jimmy Bautista (who at that time was appointed at the same calendar).

There are also talks that their appointment comes problematic because they have partnerships and several family connections which may make this all deplorable move.  Is this just? Is this without said conflict of interest? These questions remain unanswered, and maybe, they’ll be having the right ones for the role when it comes to sensitive government positions.