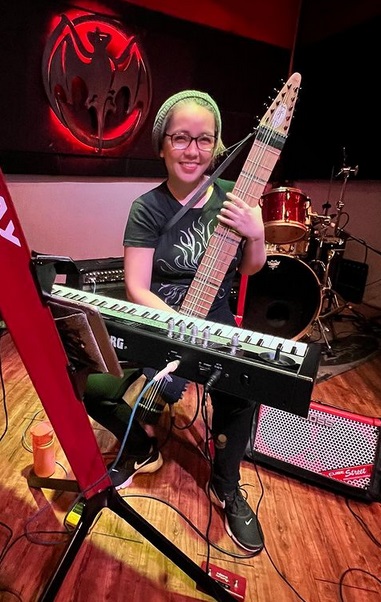 Had a very pleasant and learning chat with Abby Clutario, a very talented singer and musician who recently released a single, a revival of Up Dharma Down's hit song "Tadhana". She's also a part of AltG Records which is under GMA Music. Primarily, she's an indie artist capable of using the Chapman Stick, a two handed string instrument with over 10-12 strings and is quite unique.

Choosing "Tadhana" she says was more of a collaborative decision between her and producer Kedy Sanchez. She's not new to the industry but always had been an indie artist for a little over 20 years, she's so happy that she gets to showcase her music now for an even wider audience.

She adds "Playing with the Chapman Stick made me feel how versatile it is. It can do any genre and sounds quite soothing. It's perfect for the song "Tadhana" as it is a ballad and very emotional. We did the song with the melody in mind so it gets highlighted, the Chapman Stick is uniqe and it can be a good accompaniment to any song."
Abby adds "I think more than the artist, piano is something I love. When I started playing music in church, I started to do other songs by other Filipino artists and instrumentalists. It's difficult to look for material because when I started there was no internet. I played and wrote it mostly by ear. In the new age, I listened to other Chapman Stick players but put my spin into it. There are not much vocals in progressive music, it's like modern classical. Much of the instruments are modern, different sounds and not just plainly piano." 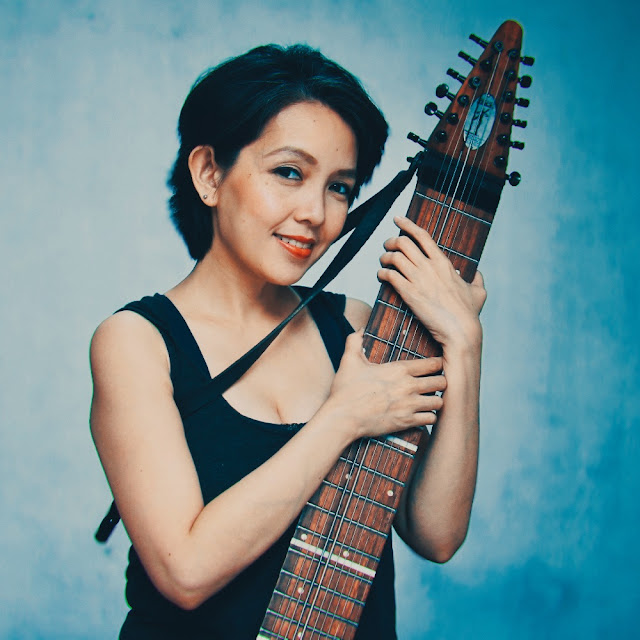 She also says "First, if you decide to be who you want to be, you have to enjoy what you are doing, be passionate about it. Equip yourself with knowledge, if you have the tools and can write, go ahead and do it. It revolves around listening to all kinds of music, it's like when you are starting to read and write, you have to absorb everything and you need to treat it like you're starting from scratch, it's how you will grow. Don't prioritize fame, it's a bonus, but when you love what you do you'll go places. Once you're there, you make something and share it with other people. If they like it, that's just an extra."
Making the song she admits was quite challenging and doing justice to an already established hit song was something she was worried about. Producer Kedy suggested to do it because he knows Abby loves it too.

Currently, the song is on the #5 spot on iTunes PH top 100 songs. This was released just on January 20th and is also on the Spotify Fresh Finds playlist. Go listen to it there or on other streaming platforms because it's quite a cool version. She made it all her own.