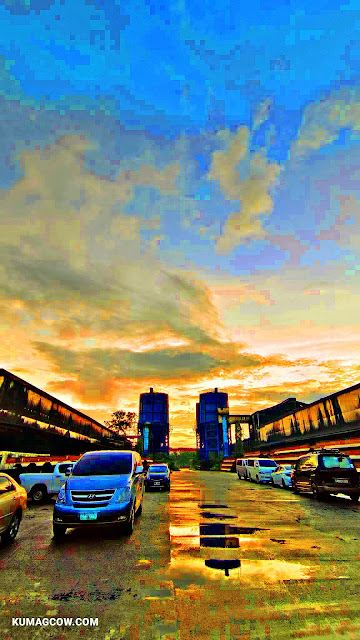 This has been under the wraps for quite a while since they've been looking for an international release for this film a couple months back. They've secured it but kept mum about who had the rights for distributing this new action flick called TOPAKK starring Congressman Arjo Atayde, the very elusive Julia Montes, very talented actor Sid Lucero. This is Directed by Richard Somes who also did several films and TV series on ABSCBN.  We sat down with them after a grueling shoot that afternoon while marveling at their real cuts and bruises which they got from the scenes they did that day.

Arjo says "JM was supposed to play this role but he wasn't available because of a series he's involved in. TOPAKK is about a guy who has PTSD, in a nutshell, he's a little crazy. But really, if you have this condition, it doesn't automatically mean you are crazy, because there might be reasons why you act a certain way which will be shown on the film. This also talks about how there might be no support system in the military. This is quite a very well thought out concept by our Director Richard Somes, I just feel so lucky to be on board and able to work with some of the best actors and actresses in the country."

With Nathan Studios, Arjo adds "We do talk about it with the whole family. Before the pandemic, my Mom was really looking forward to putting out quality content by having a production company of our own. This was born out of passion, and Nathan Studios was already involved in Catleya Killer before this project, and much of the projects are under post production, hopefully they will all come out soon. As much as possible, we want to tap the international market first before showcasing it locally. Because I'm in public service, Nathan Studios is handled more by Mom. For creative inputs, suggestions, we try to come up with that. It's a blessing to also work with great directors because they also do that. Richard Somes is a brilliant Director, and he's so intense! He doesn't just do lip service, as you can see during the shoot he's doing everything including stunts and shows us how its done. You'll see him on set and getting wet too, he's not all talk, he knows what he wants and if he sees it on screen that a punch is awkward, you'll have to do it again." 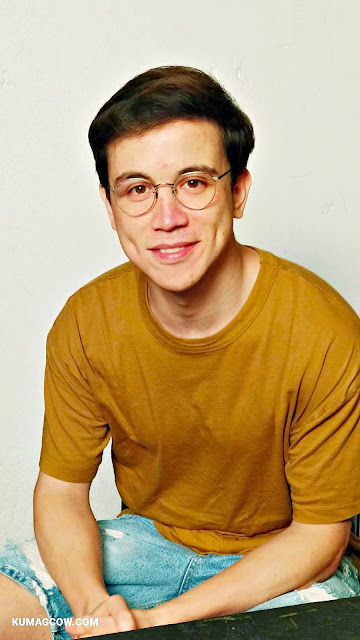 He also talked about working with Julia Montes and says "Some actors often say that you'll see a different person here, but you will see a different kind of Julia. The character was specifically made for her, and she had to do a lot of new things in this movie. She really brought her A game, I have worked with her in a series before and I can say, she's going to blow your mind when you watch her in this movie. There also won't be a romantic angle between us, which is something new because it doesn't rely on a love story which is often seen on Philippine cinema. I'm telling you, what she's done in this movie is just over the top. We're so lucky to have Julia in this film!"

We also got to talk to Director Richard Somes and brilliant actor Sid Lucero, who gave us more insight about how this film was made. Listen in!

We also had the opportunity of watching the raw trailer for the film after the shoot, and I must say, you will get quite exhausted on how they tied up the story and action scenes. Hopefully, when this comes out this year, Filipinos would get a glimpse of TOPAKK and see how these fine actors did justice with their roles. Arjo didn't get those Best Actor trophies for nothing. And Julia Montes is just starting to get her face seen on the international stage, people will definitely love her acting prowess because of how genuine she is to this day. Here is also our talk with Arjo that evening.
This film also stars Bernard Palanca, Enchong Dee, Kokoy de Santos and a lot of other actors. It's time we get a taste of the action genre once again in cinemas!