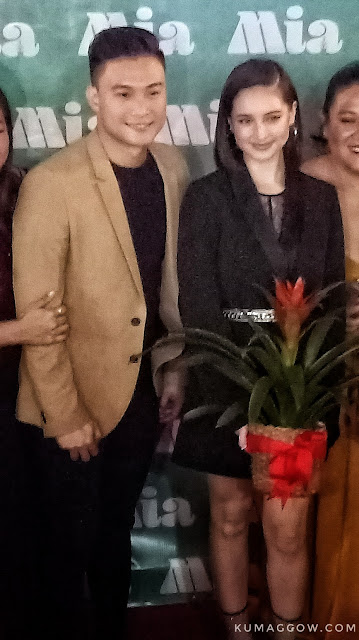 Just got off the theater at Fisher Mall for the Media Screening of the film MIA. This is a film produced by Insight 360 Films and distributed by Viva Films. This film stars EA Guzman and Coleen Garcia - Crawford. This is Directed by Veronica Velasco and written by Jinky Laurel.

EA Guzman plays a geek, unbelievably annoying. Coleen plays a woman who just lost her husband, quirky but straightforward. They met in a wedding, got hooked, the other was drunk, things happened. They are both weird.

This movie had really colorful shots, making the picturesque Palawan even more endearing. Things get close, but they talk all about climate change and stuff you’ll barf scientific terms for breakfast. EA and Coleen look good on screen, I’d mistake them for a pair if I didn’t know their real life partners.

This is interesting though because most of the lengthy dialogues happen in Mia’s home. She breathes alcohol for snacks and wakes up with a hangover, late for work the next day and musters a relationship with a bromeliad of which, I’d say plays a support role in the film. Her anguish, her bitter past drowns in the shower and gold label beer.

“There’s a grain of truth in every joke.” as Jay (EA’s character) says, they tried to crack a lot of it in the movie, but they kinda had mishaps discovering their relationship before they did become a pair. Mia was a mess, she crashed a wedding and got involved with them, barfed on Jay too. Grossness aside, they did good work on elements discussing mental health, their past and moving on.

It’s a film that touches on family, the intricacies of a supposed love of a man and a woman. It’s got kilig for most of it, and they also have a lot of stuff about the environment, realizations, self discovery, plants and rocks. Maybe you’ll learn a lot from rocks... watch the movie as it shows on theaters on the 15th. It’s quite cute.