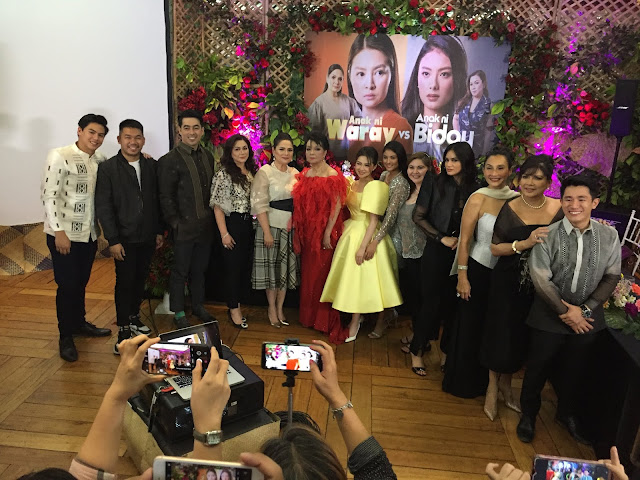 Kate Valdez and Barbie Forteza has a gem in their hands. Their show Anak Ni Waray vs Anak Ni Biday have all the ingredients of a very special show. The remake based on a movie in the 60’s, and another one in the 80’s will be a fun, love stricken conflict. Their family will get involved and friendships will be broken.

The series will be flanked by some of PH’s greatest actresses like Snooky Serna, Dina Bonnevie, Jean Saburit, Teresa Loyzaga, Faith Da Silva, Tanya Montenegro, Ms. Celia Rodriguez, including Jay Manalo, Benedict Cua and Migo Adecer. Ginalyn and Katelyn will be battling over Migo’s character. Max Collins, Lovi Poe, Jason Abalos will be their young versions, so it looks pretty special. This is directed by Marc Sicat Dela Cruz. Golden Cañedo also sang the theme song for this, she was well applauded during the presscon.

Direk says "I didn’t get to watch the old movie but I didn’t do it so it would have less bias, I believed in the creative group, so it has drama, of friendships, of lovers, of Mothers and a lot of comedy. " 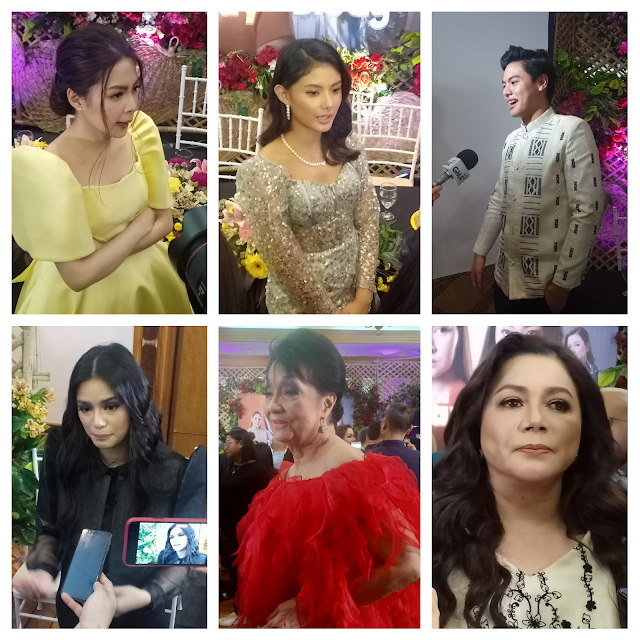 Barbie says “We have bonded quite well, we’re friends now because of the time we spend together. Waray is feisty, but all out when her family is involved.”

Kate says “I am so grateful for the chance to work with industry veterans, for GMA to believe in me, I am so thankful! My version is very thrifty, I do it even now.”

Snooky Serna says “During the 80’s, I really felt it had sentimental value for me. Working with Dina, I felt we didn’t leave each other, we just picked up where we left off. Dina is so sweet, I love how she brings snacks unceremoniously. We are not in good terms with our characters.

Dina says “I asked to be Biday, my husband is an Ilocos Congressman and it’s so nice to do this and promote our province. I am excited and hope we have more shoots in Ilocos because we really had fun there. This time even if she is evil, she’s going to be a little nice on some times. It’s funny because we are good friends, it is different but being with her, I remember our Regal days so thank you to GMA for doing this.”

Celia Rodriguez says “I don’t have to tell them what to do, they’re all pros. They go to the set early, ready and know their lines. They ask if they need help and they do good, I’m sure they will be big stars very soon.

Migo adds “I agree, friendship first, love between friends can level up and it is easier to fix rather than doing it with strangers.Cocoy is different, he’s caught in life so he kinda gets to be with different women, because he’s afraid of commitment. I haven’t played a man being fought by two ladies, I take this is similar to Sahaya but the other way around. I feel how she feels now.”

Jay Manalo says “No, I haven’t felt I was being torn by women, I on the other hand did that. I believe in friendships, I would rather lose the love than break them like in this story.”

Faith Da Silva says “I do wish to be lead sometimes but this is a role and I am happy for it. I think I get to portray interesting roles, I want to do Marimar in the future. Maybe that will happen.”

Jean says “For me any role is a good role, it’s how you tackle it, no matter how big or small it is I do it to make the show whole, not taking it in other ways. It’s work and passion.” 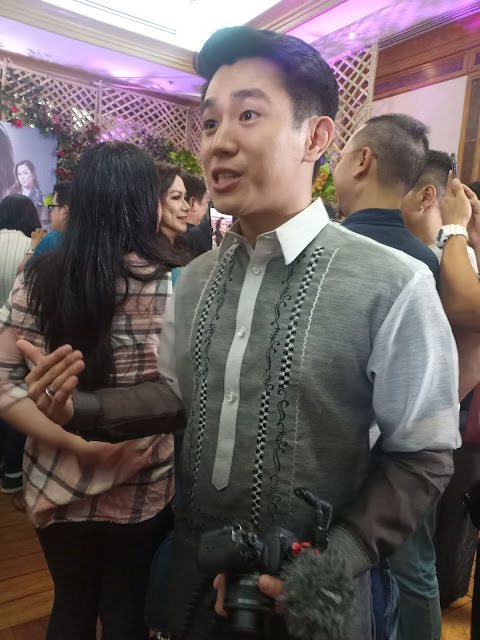 Anak Ni Waray vs Anak Ni Biday will show on January 27. This is on GMA’s Primetime slot.