This has been no stranger to my cupboards as they've made each french frie piece extra special with their HEINZ Ketchup. Just a few days ago, the brand launched something new, a whole new line of Asian sauces. They had us at Tong Yang Plus which is a cool hotpot and yakiniku place, though this time they got us tons of bottles of their sauces on the table. We wondered how this would turn out. 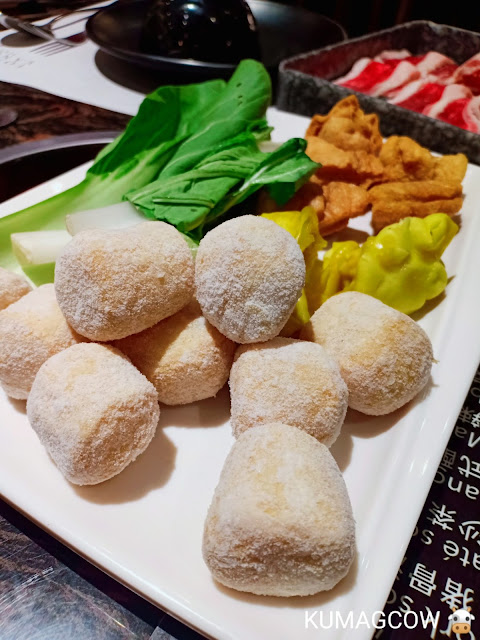 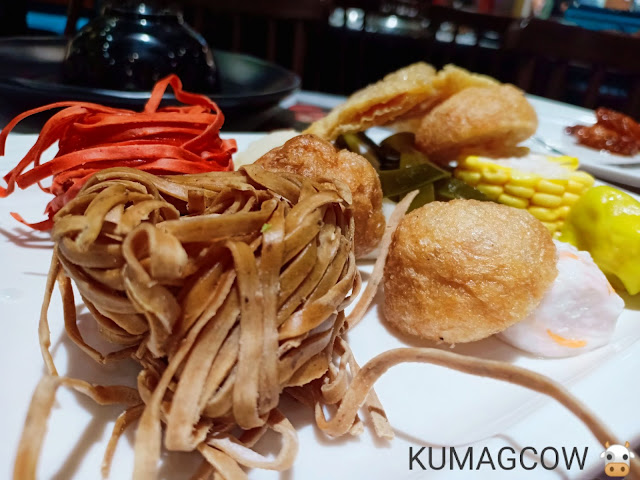 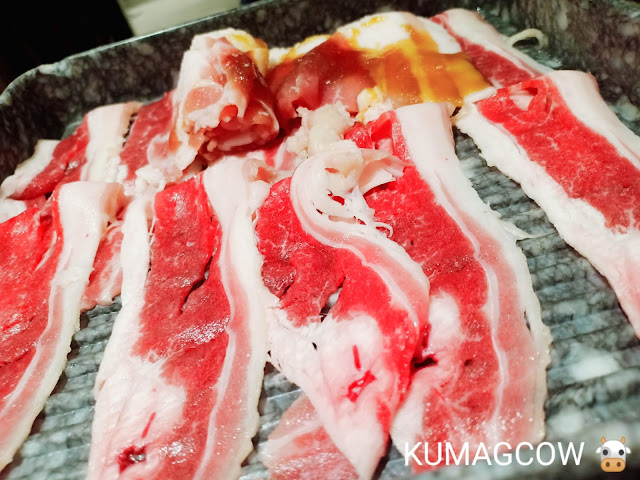 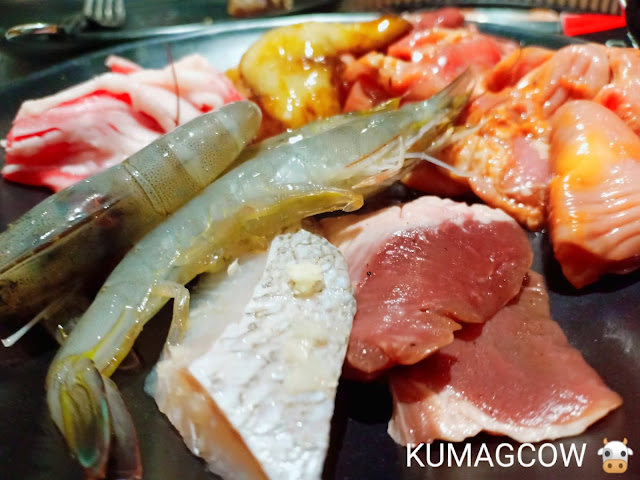 I got a few ingredients, my personal favorite was the Cheese Meatballs. I also got Tofu Skin, Chicken Dumplings, Bok Choi, Noodles, Corn, Strips of Beef, Pork with Barbecue Sauce, whilse my friends had the fish, innards and shrimp. I got the Saté broth for the hotpot so it would be a little mild. I then prepared the pot by turning on the table induction cooker. When it boiled, I got the ingredients all in.
The broth was a little bland so I got the Heinz Golden Mark Oyster Sauce, Heinz Light Soy Sauce and a little Heinz Blended Sesame Oil in it. Tasted a spoonful, and it was already perfect. 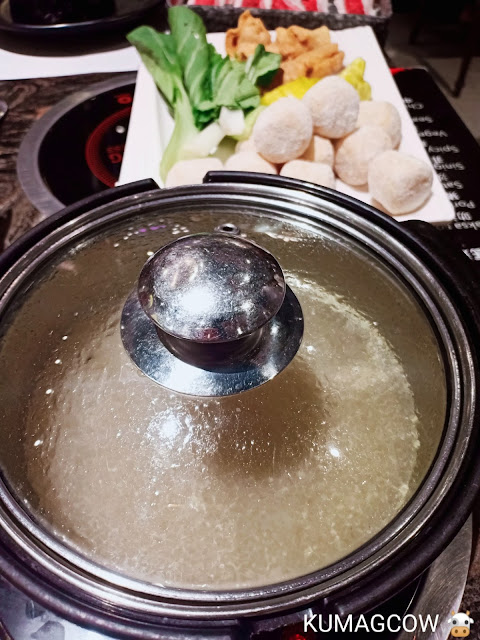 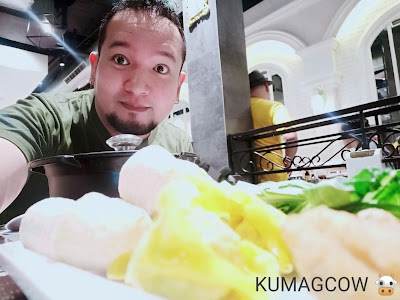 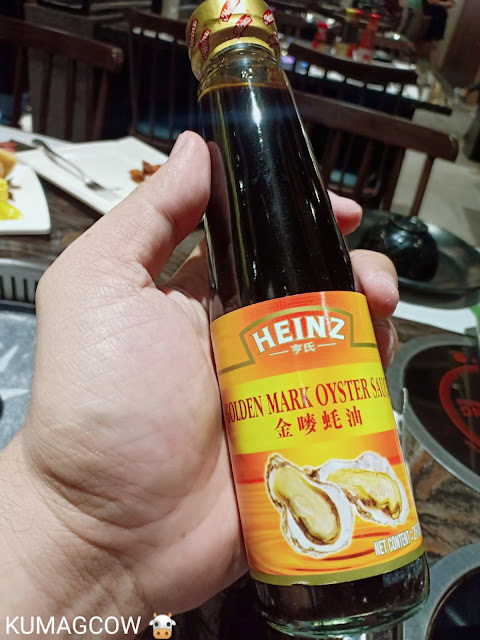 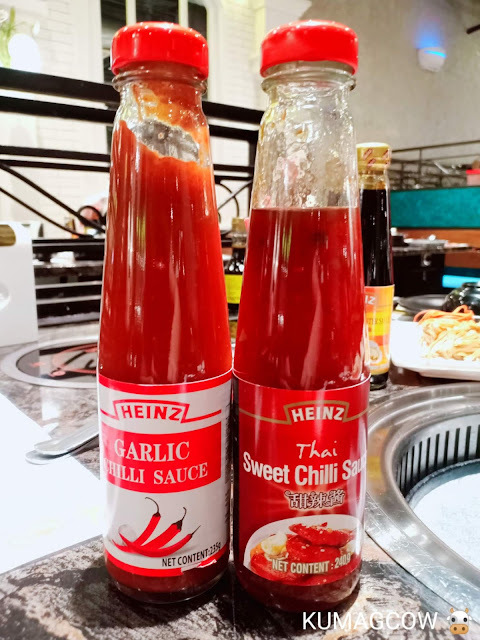 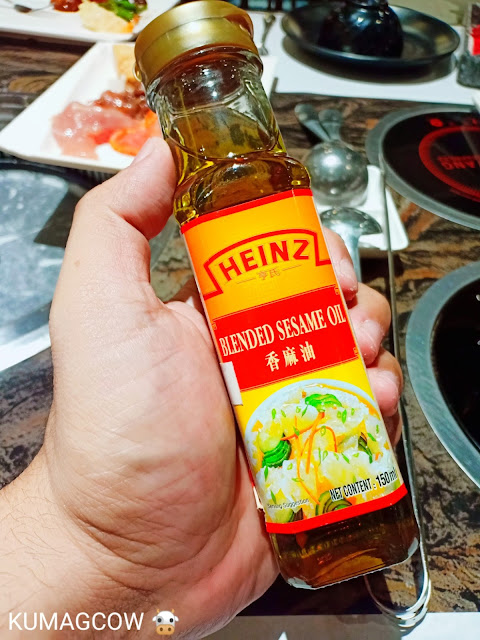 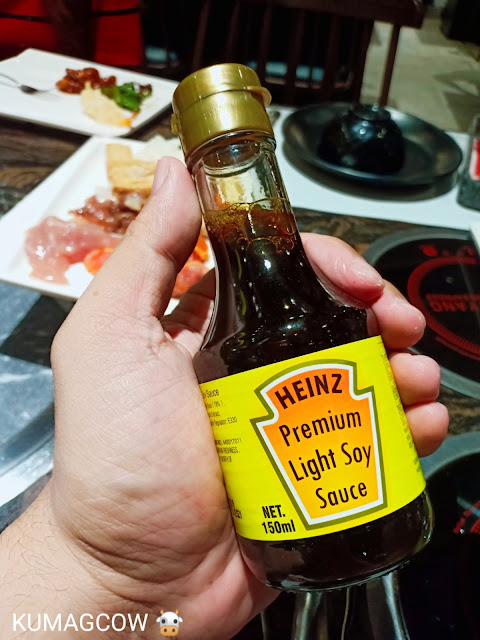 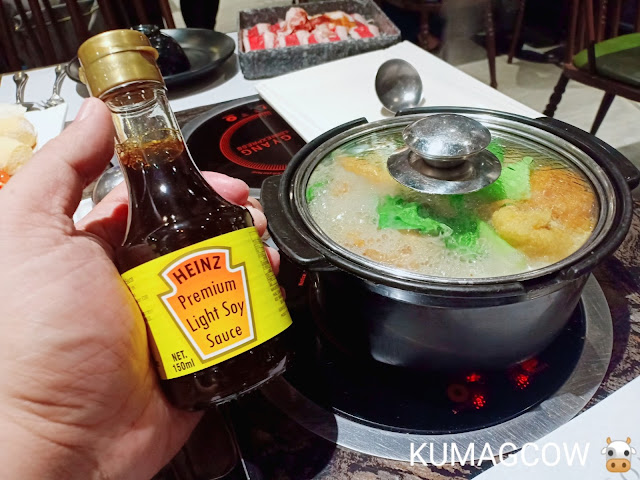 On the side, I prepared two sauces. The Heinz Sweet Chili Sauce and the Heinz Garlic Chili Sauce. I used the first for some of the strips of beef I got in the grill while the other was for the tons of things I got in the hotpot. You usually do get a little tired of things in the grill but since I got it all a little spicy because of the sauces, I had about 4 servings of it in one go. I also had about 3 servings of hotpot and kept coming back for the Cheese Meatballs, ahh, it was heaven! 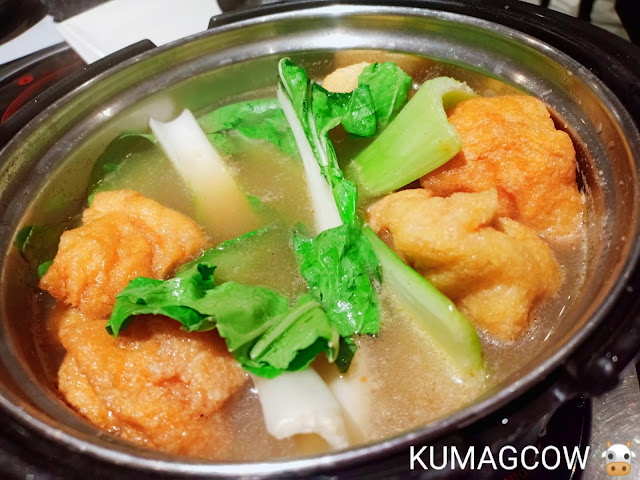 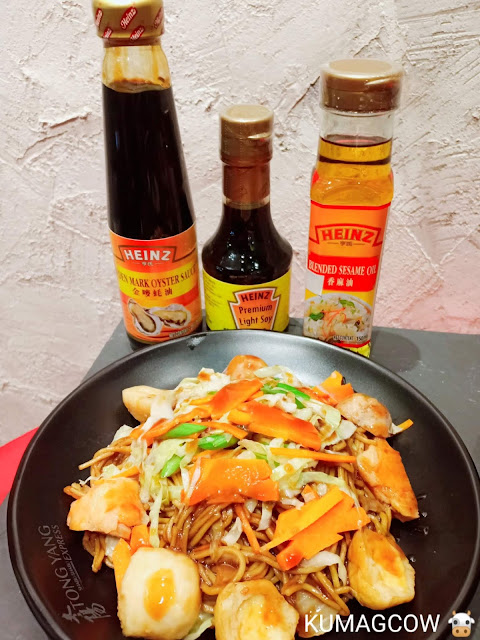 But really, it was a great idea to have these things used for dishes we're used to. It brightens up the flavor of each dish, making it even special and not just settle with the usual things we have in the kitchen. These noodles were actually prepared by the Chef using Heinz Golden Mark Oyster Sauce, Heinz Premium Light Soy Sauce and the Heinz Blended Sesame Oil. 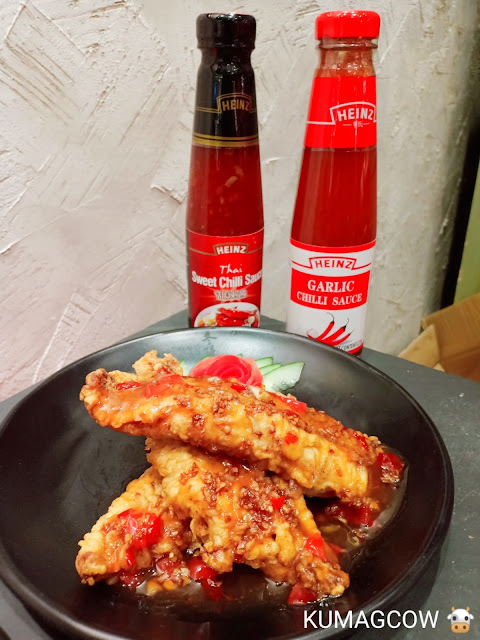 For fried stuff like this fish, they got it on a batter and put the Heinz Sweet Chili Sauce, and voila! You can have restaurant quality dishes at home. 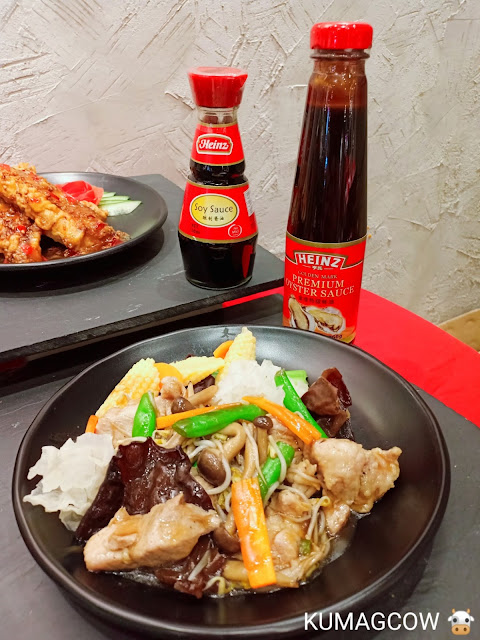 They also have Heinz Soy Sauce, Premium Oyster Sauce which you can use with noodles, mushroom, veggies, and a little flurry. Those Chinese dishes would be easy because you've got them all figured out with Heinz' new Asian sauces.

Now it's your turn, go find them on the shelves of your favorite groceries and try them, trust me on the Garlic Chili Sauce. You've got to try that!