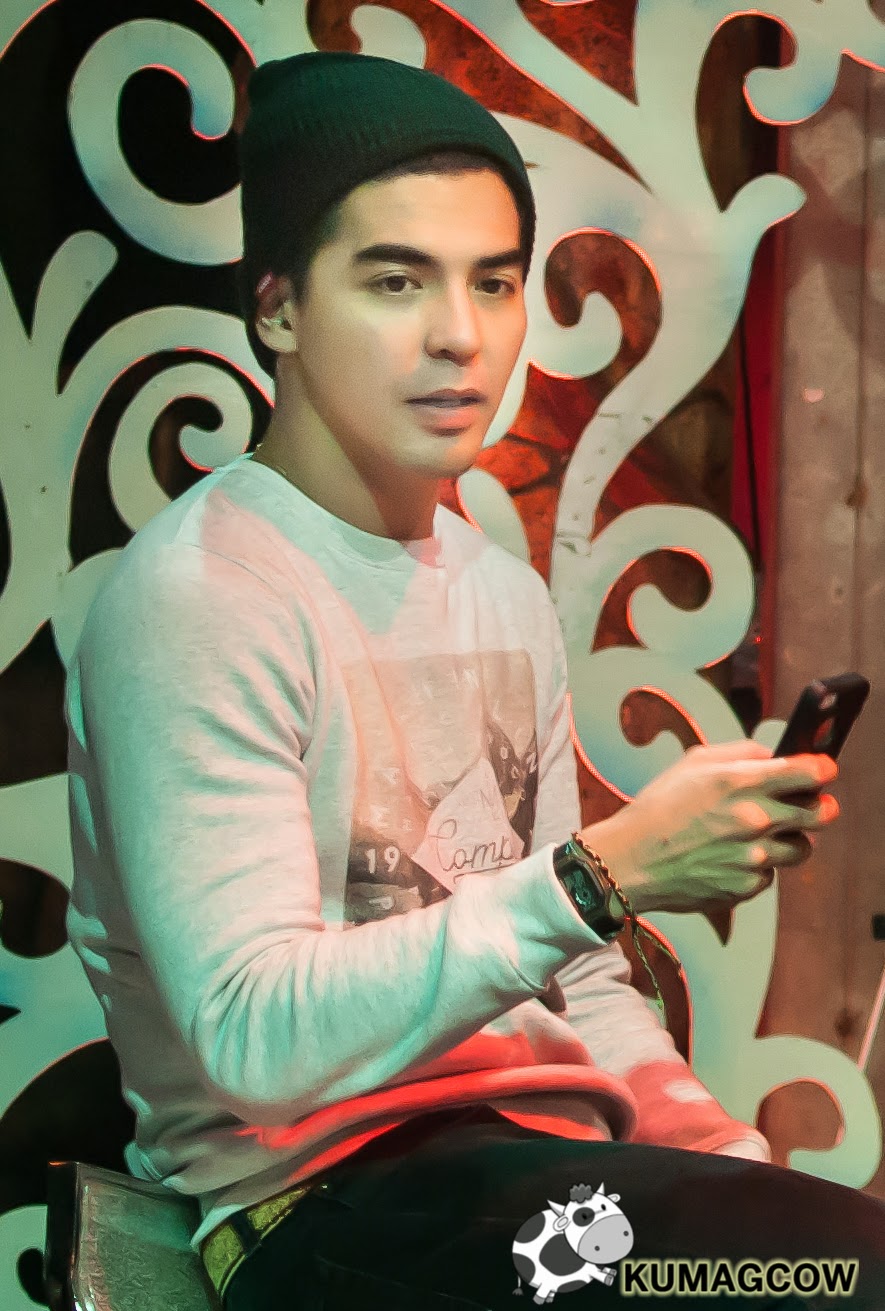 Who doesn't know Mark Herras? I bet you can probably count them with your hands. This humble man from Sta. Rosa, Laguna always had one thing in mind right after he made it in the GMA's reality talent show Starstruck back in 2003, that is, to help his family. The responsible guy had some mishaps in life, a few in love, but still had a very successful career. He's donned the title of Ultimate Bad boy of the Dance Floor until now but when I saw the Mark Herras last month during his birthday celebration in Enchanted Kingdom, I saw a different man. A different Mark Herras. 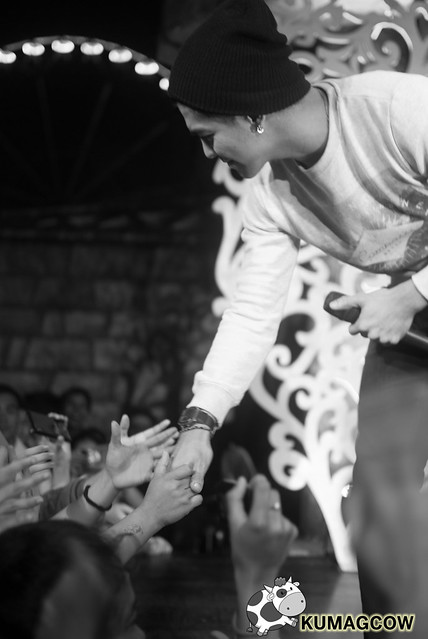 I always thought he was like, "A Playboy" much like what he's probably portrayed in show business lately. With his looks, he could have gotten any girl in the world but I had a hunch there was someone who could make him more than the man he wanted to be. I felt that one person changed him, and when he did come out one day on TV and admitted he had her. It's his daughter Ada Sofia Nicolette Herras. I saw her there while Mark Herras was performing for the kids from Silong Tanglaw Foundation, an NGO catering to uplift the lives of street children in Manila. Well, I'm not making this article to make the matter of him being a father controversial, it's just that I actually saw a different Mark Herras that evening - and that made me think a bit. He's really not the same guy, I felt he was more matured, more sure about himself, he got a little tamed. Mind you, he didn't just do this in Enchanted Kingdom to entertain his fans, but more so that the kids from the foundation would be able to see that there's still hope. You can see how their faces light up when they saw Mark Herras dance. They get more excited seeing this humble guy who started from the bottom now has a flourishing career because he worked hard for it. Hopefully, these kids would also follow suit. 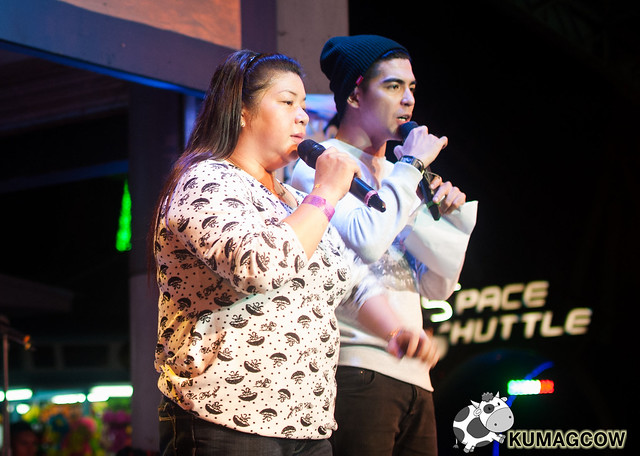 He's using his popularity for good things, that's why he maintained his stature as one of GMA's prime actors and still - king of dance floors. I'm not just saying that because he's a good guy but really, who have you seen else that has been able to perform at par with him? Right? During this program, Tess Bomb and Mark also did some games with the kids. They enjoyed that and proceeded to also do some story telling (for the kids in the crowd), and then more dance moves with Mark himself. Now that, was a treat! 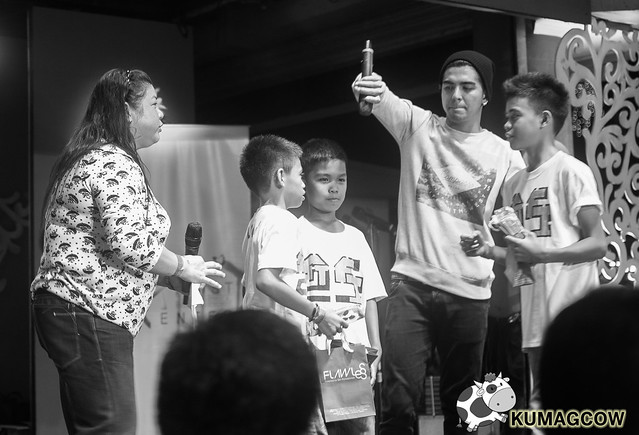 The kids were surprisingly talented too. They gave Mark his own "Happy Birthday" song, then danced a couple of his best hits, the ones he also danced all throughout the years. That got Mark smile a bit when he also heard "Average Joe" that evening. He knows he's doing the right thing inspiring more kids, get into worthwhile hobbies, staying in school and out of the streets for a change. 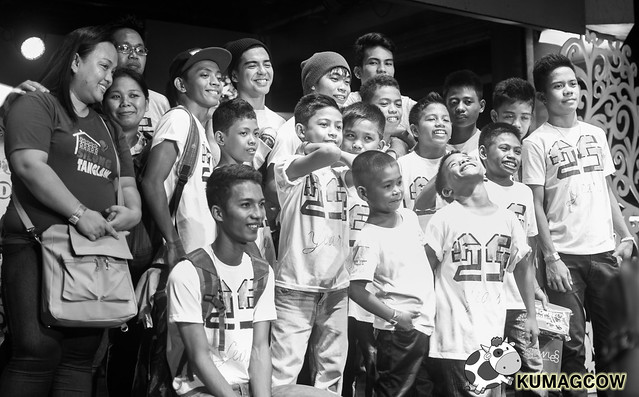 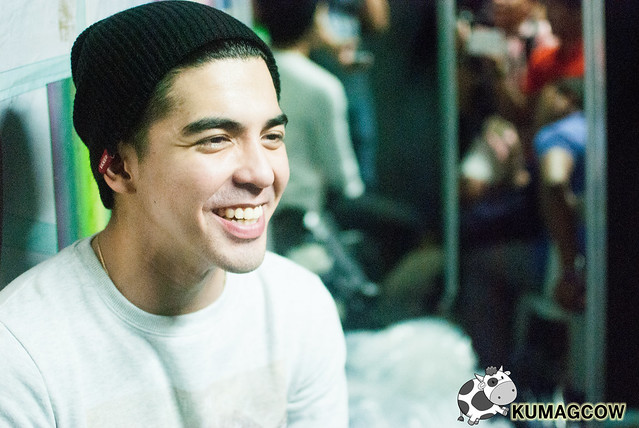 Ending the evening, he only wished one thing for his birthday. He wanted Ada Sofia Nicolette Herras to stay healthy. He mentions, that she's growing a lot fast. He wants his family, to be okay, to be with him all his life. He misses his Dad. He's okay with the Mom of his kid. He's not looking for a real deal love life... but if it comes, he's not really looking. He's so in love with Ada and that's where he's focused. Some of you might not believe him he says but he plans to just enjoy dancing, but fears he might go into a stage where it's already awkward but he says he wants to stay longer in the business. Possibly, grow bigger, more cuts, if he does that he says he might get more projects, more programs as he claims 2015 to be his year. He remembers how his Dad used to decorate the house, he misses that part for sure, but it made him into a different man now. More  so as Ada comes to be the biggest part of his life. He's a different man ain't he? I know, you'll agree with me.

Thank you to GMA Artist Center for letting us tag along to celebrate the different Mark Herras I saw that evening. Happy Birthday Mark, and I wish you all the success you deserve!

http://gmanetwork.com/artistcenter
Posted by John Bueno at 1:14 AM