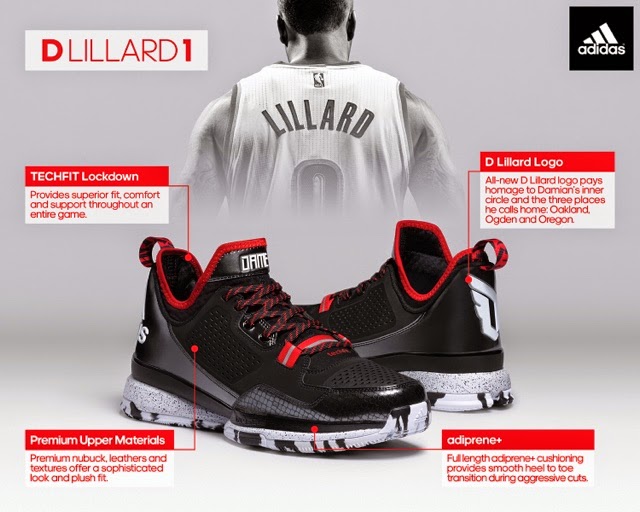 Sorry for going off tangent with the story this week after all those Pope Francis posts, but I've gotta say, I would love to have this new Damian Lillard shoe that I saw from adidas. The hard working player from Portland Trailblazers launched the D LILLARD 1 at the "Dame Love The Fans" event at the adidas village. Fans from all around the US were invited through their social media channels on this exclusive event.

“My entire life I’ve dreamed of having my own signature shoe. I’ve worked so hard throughout my basketball career and with the support of my family, teammates and fans I’ve been able to get to a point where I’m fortunate enough to achieve that dream.  Being in Portland and having such a great, close relationship with everyone at adidas and my fans really makes the shoe representative of who I am on and off the court” says Damian.

The shoe by the way is carrying thr Damian Lillard logo withi his initials DL fused together into a letter "O" which represents Oakland, Ogden (where he attended the university), and Oregon. He's also included "Fly Guyz" a name they donned for his close group and family. Robbie Fuller, adidas' Basketball  Design Director says "We were lucky to have been able to talk with him and include what he personally wants in his footwear. We delivered a shoe thay speaks to him as a player and as a person."

The D Lillard 1 is going to be launched at adidas stores in "Rip City" and "Purple" edition this February and is priced at Php 5695.00. Additional colors will also be released soon so watch out for that!