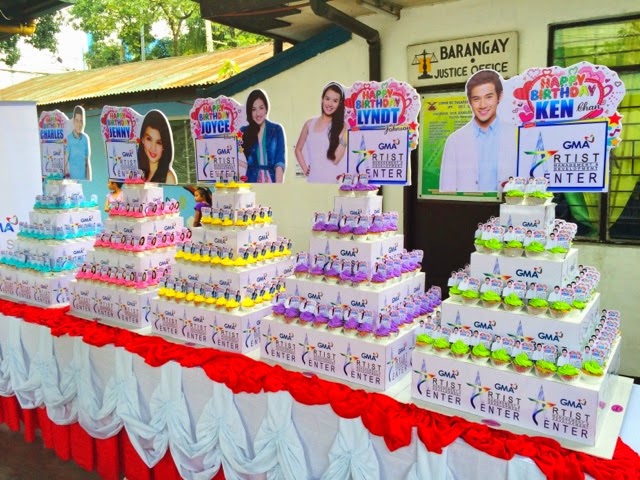 It's a great morning to celebrate the birthdays of Kapuso artists Charles Tongol,  Jenny Alvarez, Joyce Ching, Lyndt Johnson and Ken Chan. We went to Brgy. UP Campus in Diliman, Quezon City to be with kids from different Barangays and share their blessings for the malnourished and less fortunate. As you know, not all families in this barangay are well off, of which some are just temporarily living in shanties and have low bracket incomes. They're giving a few things for the kids so they have something to at least get their minds off depression and hunger which I think happens when in dire straights. Then again, I've seen some happy faces when we were there. 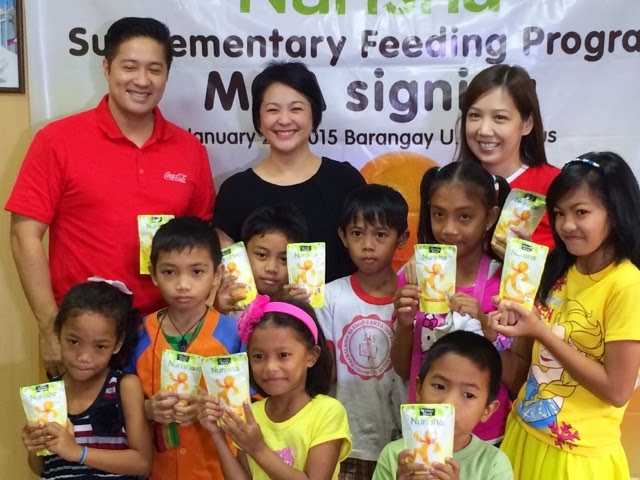 This was also where our friends from Coca Cola Philippines/Far East Limited, Coca Cola Foundation signed a MOA with GMA Network, Kapwa Ko Mahal Ko and the local barangay for Coke's Nurisha Project which aims to provide malnourished kids from communities like these the needed nutrition. It's a feeding program which is part of the efforts of Coca Cola after Typhoon Haiyan struck the Philippines which I wrote about in previous articles. 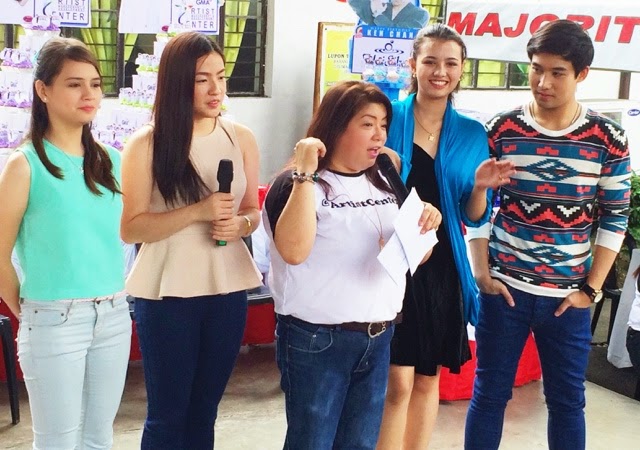 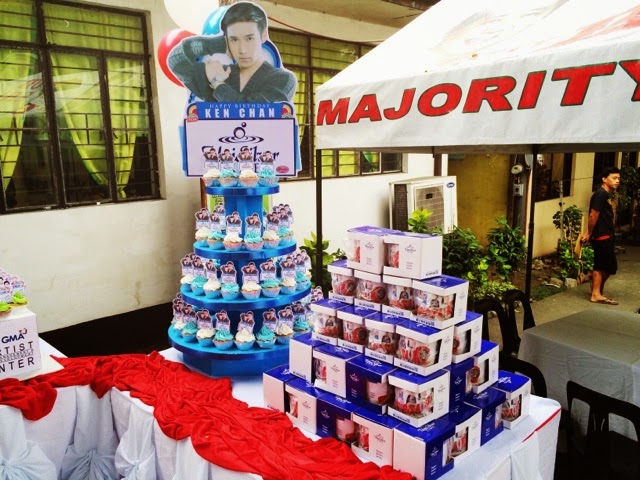 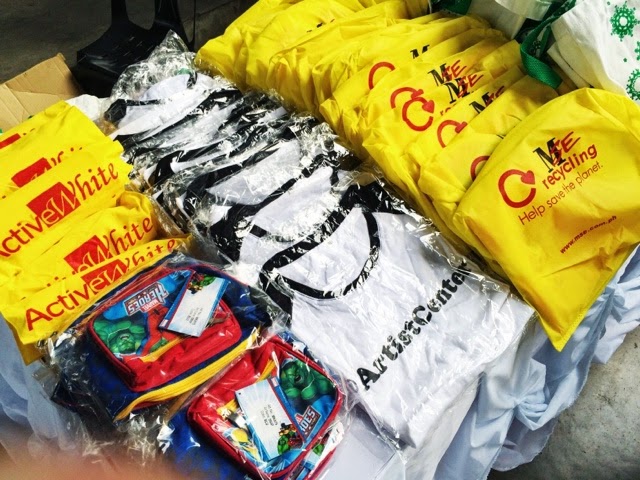 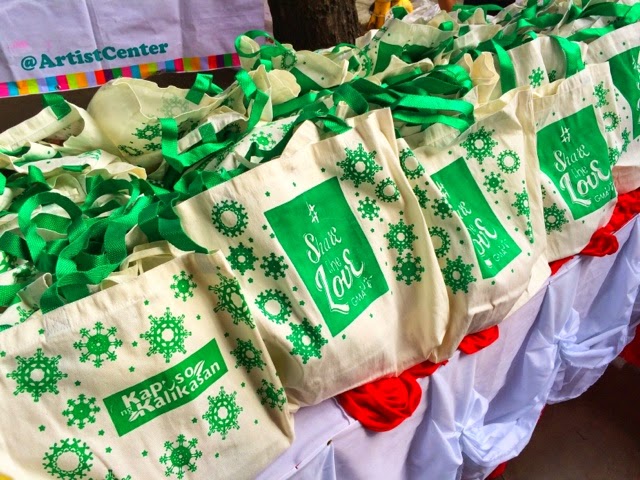 Ken Chan came up the stage and gave the kids a few words about achieving their dreams by working hard and striving big. He also advised them to stay in school and study very hard so they can achieve their goals. Jenny Alvarez on the other hand told the kids to eat healthy and never waste their time in school because it's very hard to get a job later on if they don't do their best. Lyndt Johnson thanked them and promised that they'll have lots of fun with them during games. The kids got excited with that. Joyce Ching looked so pretty! She told the kids to pray hard if they want something, and never lose hope when the thing they wish for isn't given to them yet. The value of patience and virtue is something she would like to empart. She also invited everyone to watch their new show called "Healing Heart" which she'll also be with Ken Chan. It'll probably replace "Ang Lihim ni Anassandra" or be placed pre-rime in the evening - it had a very good run this last quarter btw. 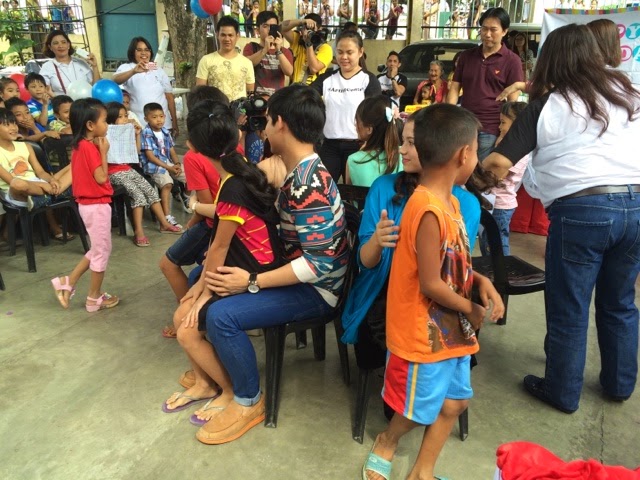 The kids had so much fun because the artists also joined them for fun and games. They also gave them prizes too later on in the program. Ken and Joyce also sang with them to the delight of the crowd inside and outside the venue. Joyce had fun dancing with the kids, she was ecstatic while Ken Chan's album was playing in the background. They had sleep I guess haha!


While having lunch, we sat down and talked to the lovely Joyce Ching. The last time we met was during Kristoffer Martin's birthday. Her character in the new soap "Healing Hearts" is all about an orphan - and how she would be able to weather the thought of having to forgive her own mother. It's how she would be able to do it with the thought of having her own flesh and blood - shockingly kill her Dad. I thought it was going to be something medical related since they had shows of that kind before, but it was none of that. It was just how healing occurs inside, and show it during pre-primetime. She's very happy about the fact that she was given the chance to be in a lead role and mentions this is a little of, a romantic comedy. The series will include stars like Mickey Ferriols, Angelika Dela Cruz, Kristoffer Martin, Crystal Reyes, Maureen Larrazabal and Ken Chan. Her on screen romance will be with Kristoffer Martin and so I asked her about their current state. She says "We're just friends..", no matter how cliche that sounded, she confirmed that they are not an off screen pair. They were really sweet during Kristoffers birthday, but she says they are really friends and Kristoffer was just normally "sweet/malambing", and that's really how he just is. Kristoffer gave him a really good gift during her birthday. He went with Joyce the whole day and acted as her personal assistant. He also gave Joyce a bouquet of flowers, a Sophia I doll, mug, puzzle and a standee. She went on and said the gifts didn't really mean anything, it was just that their trust with each other just came back. She also said that they have healed each other and moved on. As for the program, she's excited than pressured in Healing Heart because she said she wouldn't be able to control that. She wants to know what people would thing and gives high regards with the people she worked with in Healing Heart. They are helping her a lot. This she says also is for the KrisJoy fans who have been waiting for them to get paired again because it's been a long time since they've been together in a project. She knows you guys are excited about that too, and hopes whatever time slot they are going to land in, you would still support them no matter what. Originally this was going to be in the afternoon prime and they are still thinking to replace either Kim Sam Soon or other programs in that same bracket. She says thanks to everyone who have been supporting them all these years and can't wait to show you the work they put in in this project! Are you excited too Team KrisJoy? :) 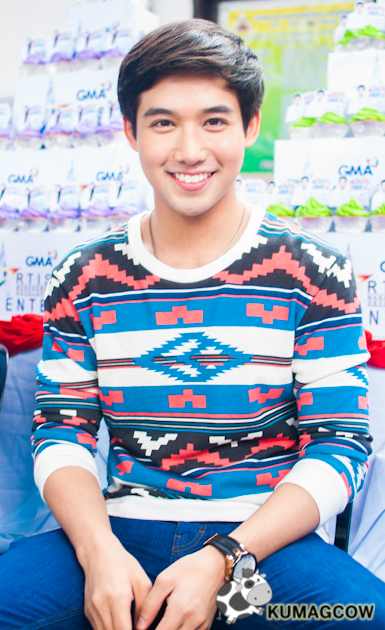 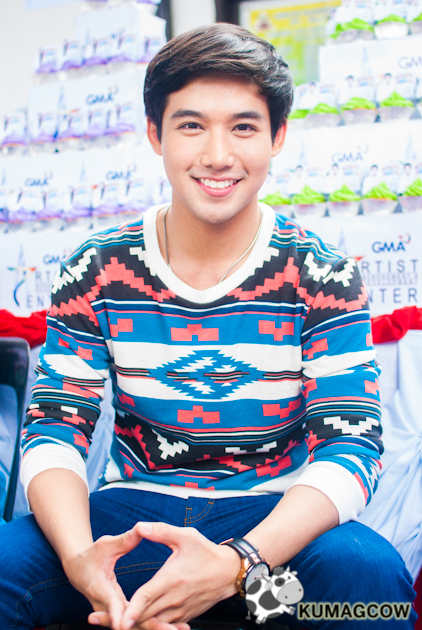 Good looking crooner Ken Chan were all smiles when we talked to him. The charming guy is very happy he got to spend time with kids. He plays the childhood friend of Kristoffer Martin in Healing Hearts among a lot of things that are planned for him. His character will be taking several changes and you will see that once the series starts real soon on the Kapuso channel. He's not a fixed one but he doesn't know yet where the persona will be heading. He was informed that they have big plans for it and he doesn't have a love interest yet. We went on and talk about Kuya Germs since he is also one of the brightest stars in "Walang Tulugan", an evening show that's been running for years now. He says he visited him in the hospital and says the patriarch of teen stars in the Philippines' health is improving, he also got control back with the right side of his body which kept everyone worried. He's planning to visit him again at home and is optimistic the old Kuya Germs will be back. He says his "Tatay" will be back but he needs to rest a lot, perhaps travel abroad because German Moreno is pretty much a workaholic. Gift of Love definitely poured in "Walang Tulugan" too because the stars of "That's Entertainment" began coming in to pinch hit for him and didn't even want to get paid for it. They want him to get some needed rest, though they know how hands on and workaholic he is. Ken by the way celebrated with his family, a simple one, then went to church. They also got to celebrate Ken's birthday via prods in Walang Tulugan and this one where he got to interact with kids who are malnourished from different barangays in Quezon City. It was fulfilling, a charity event with the other GMA Artist Center stars was really a thing he wanted to do... and he promised to do this every year. He also thanks everyone who is continuing to support him and his album. He also thanks Polyeast Records and everyone who made it possible. It's his wish to make Kuya Germs be back in good health, and have more shows, more projects soon. I can't wait to see his star shine further, he's such a great guy... I can't wait to see someone so genuine make it in this industry, more so because he truly deserves it. 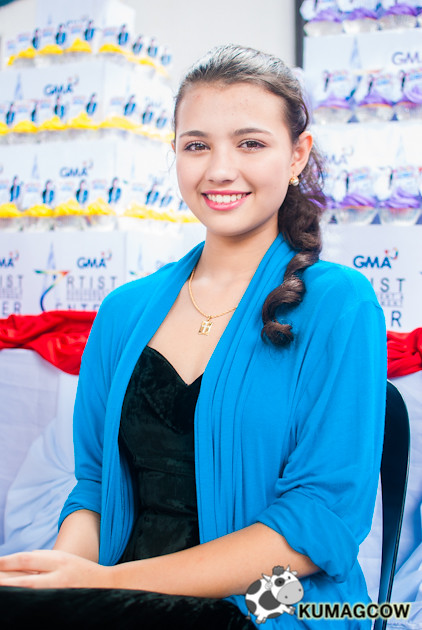 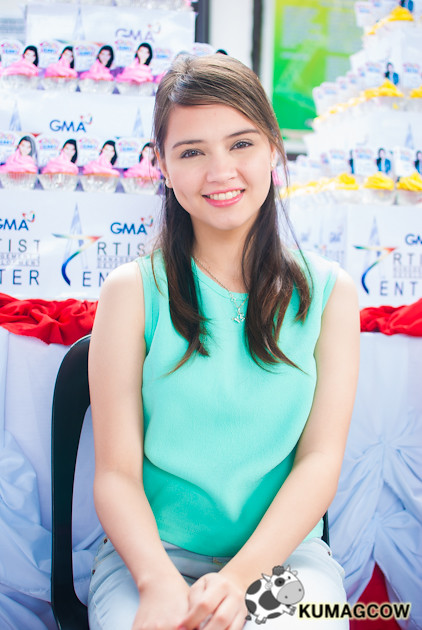 Jenny Alvarez, Lyndt Johnson looked so young, beautiful and very promising. I'm sure there will be more things planned for these ladies. They'll probably become GMA's leading ladies soon, with hard work and dedication there wouldn't be anything impossible with their careers.

Ultimately, the kids had fun and went home full because packed lunch were also served courtesy of our friends from GMA Artist Center, Unisilver Time, Active White, Fernando's Bakeshop and MSE. Thank you guys for having us and happy birthday again to Ken, Charles (who wasn't there because of an emergency), Jenny, Lyndt and Joyce!