Erik Santos and Angeline Quinto at the Araneta Coliseum 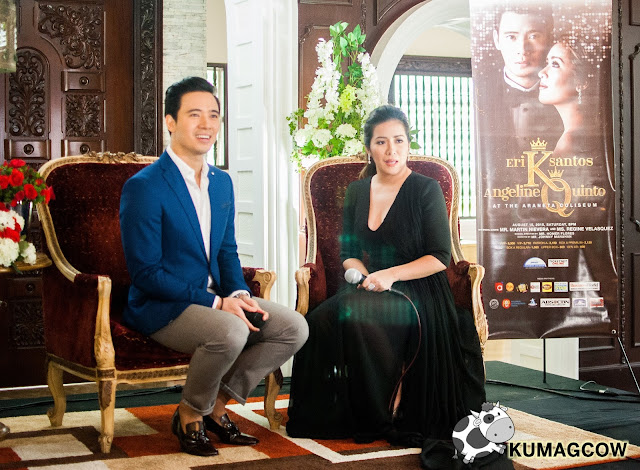 Sitting like Kings and Queens during the press conference of their long awaited concert entitled "Erik Santos and Angeline Quinto at the Araneta Coliseum", we were so delighted to hear the King and Queen of Theme Songs dish out their personal duet version of "This I Promise You" which was originally sung by NSync. According to Erik, the song epitomizes their relationship right now and if ever they had a proper theme song of their own, this would be it. Apart from their relationship, you're going to see a different set of songs to be sung in the concert that are personally picked by Erik and Angeline since the events conception, as they've talked about it during the past few years they've worked together. What's exciting is, they're utter yearning to do all of the songs they've dreamed of and doing it all in one event, in one place. I could see their eyes beaming of excitement when they mentioned some of them during that time and just imagine when they do these songs with extreme gusto because it'll be their rules, their show. 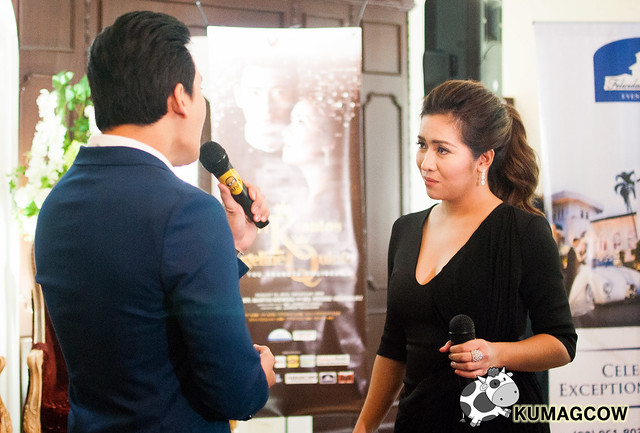 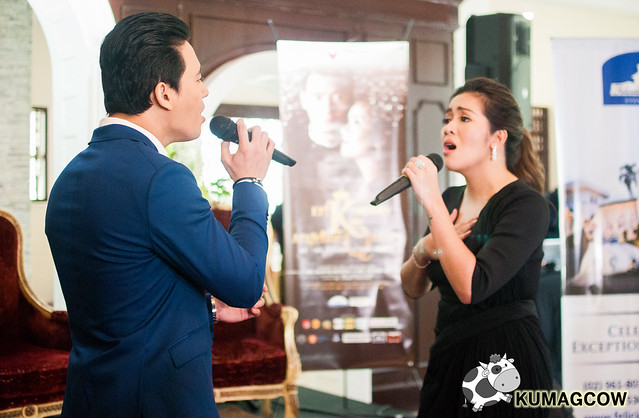 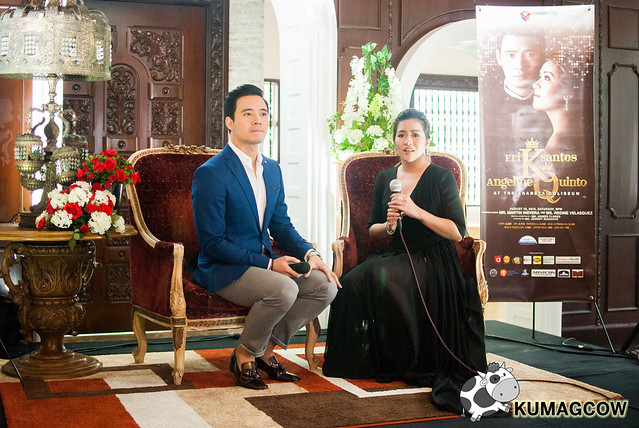 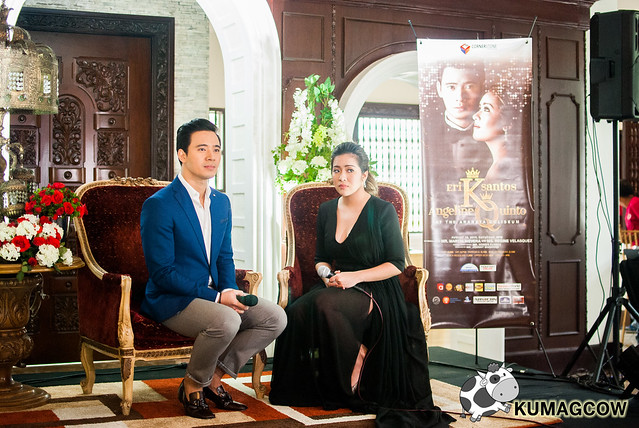 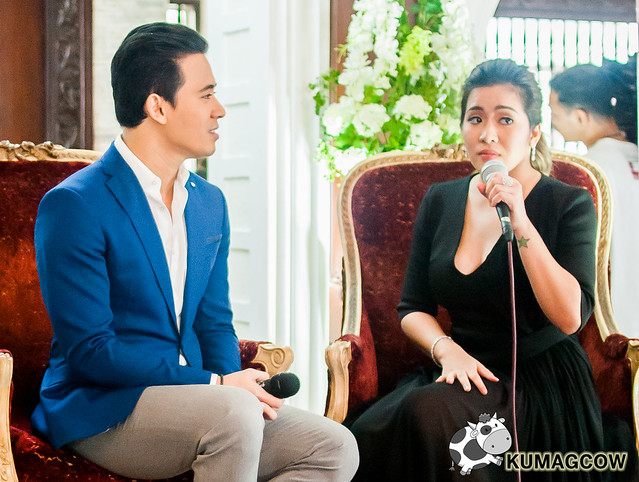 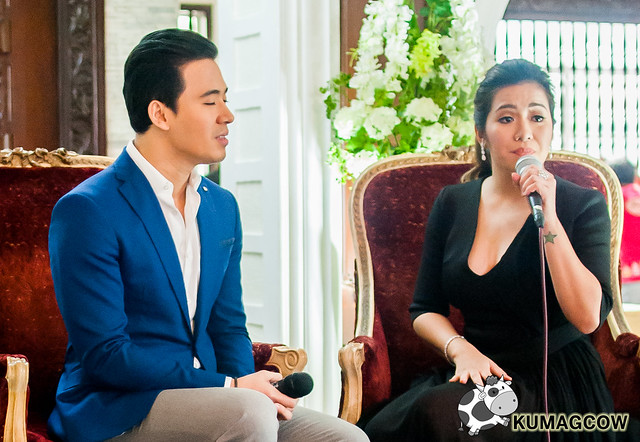 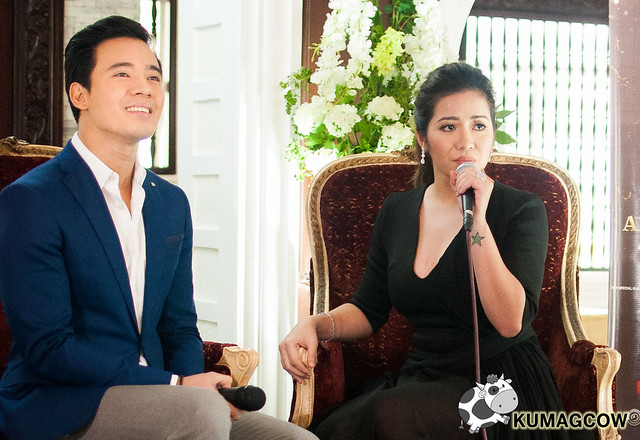 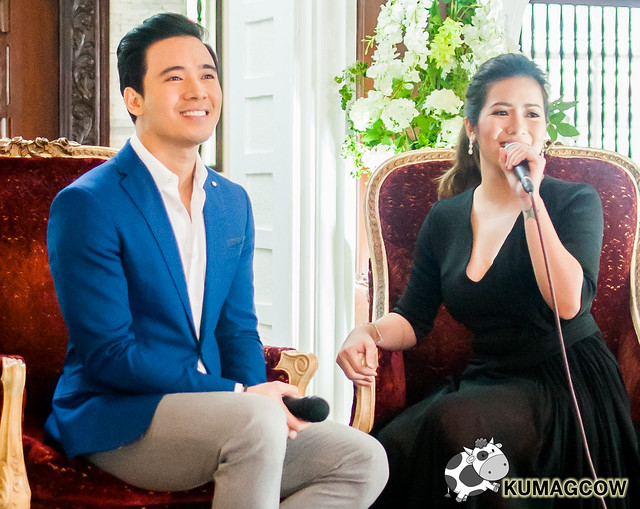 When asked about the lip sync issue, they both agreed that it would be great if singers of top caliber were given more breaks than the usual although they don't discount the more popular ones just like anybody else can do their own music and if that's what the public wants, that's what they'll get. Erik says practicality wise, Producers would want something good that will also earn so they can get their money back or earn off from it, that's what they do. Erik definitely has a point in that department. They also mentioned Ms. Lea Salonga's case where she did do it in an international awards ceremony when she couldn't do it live and had to still be there under those circumstances. 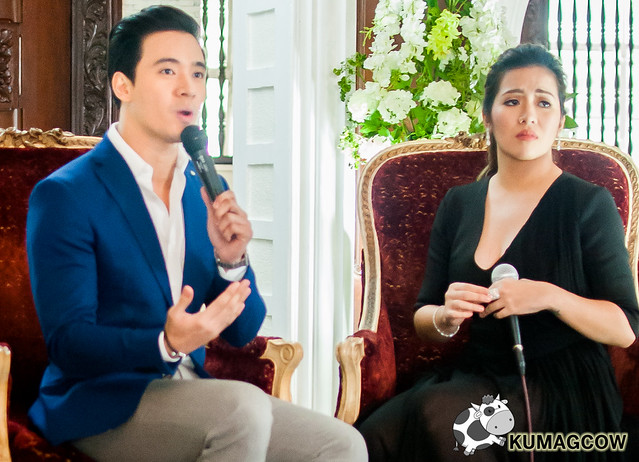 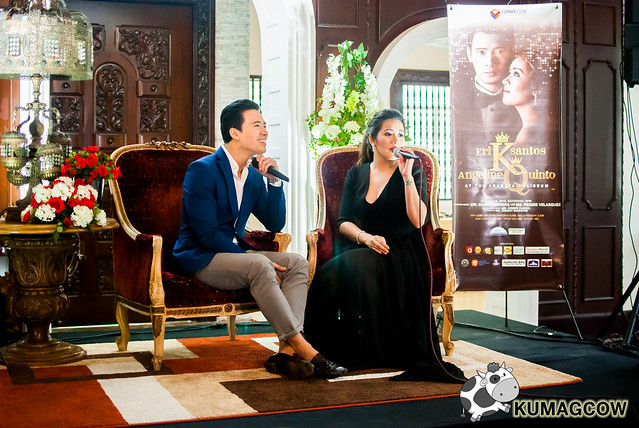 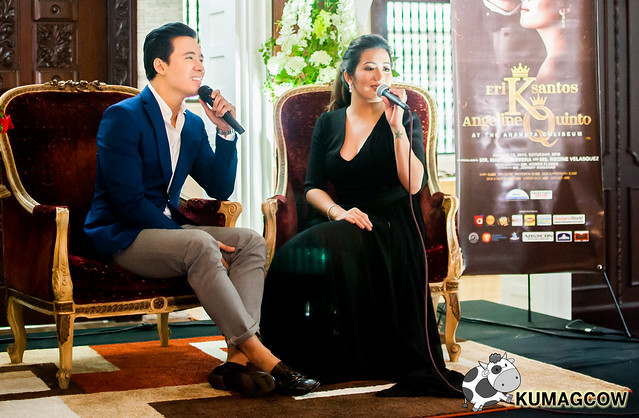 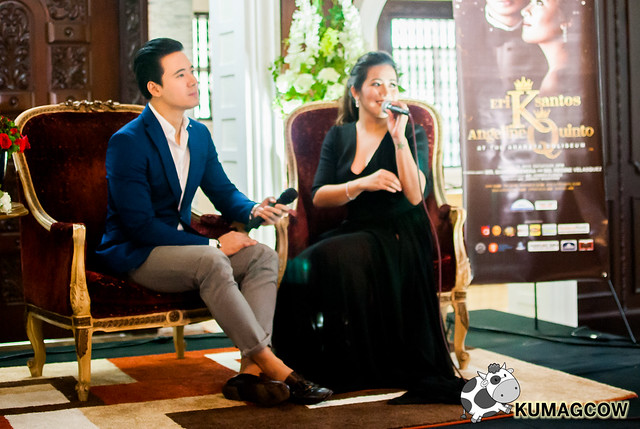 They obviously look good together and when I asked about why they're not calling it official, Erik told us that what they have is already pretty special. They're always there for each other and they know what their relationship is right now but they don't want to put labels on it. They are taking their time and want to still be with each other without any pressure from anybody else or perhaps if they are together, they don't want other people to tear them apart in public. Erik says "If we'll be together, we would be glad for everyone to know but for now, she's special for me and I know that I am for her, that's a promise we'd keep for each other." Angeline on the other hand says "Erik is the guy who's going to be there for me when I need him. He's the one who I go to when I need help and even though I don't ask for it, he does it like he knows I need it." 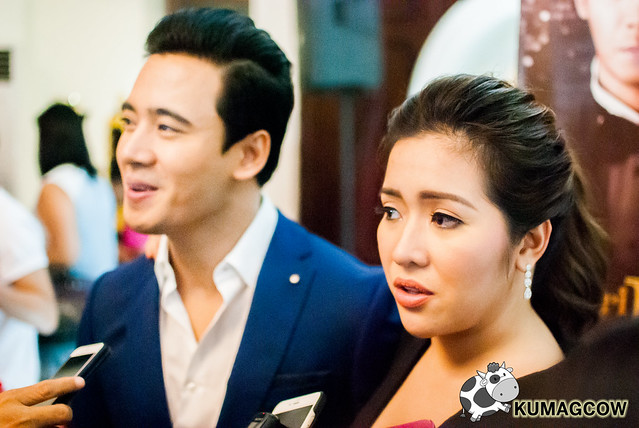 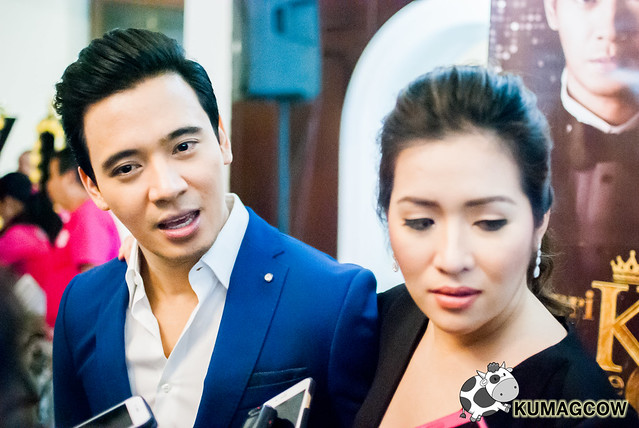 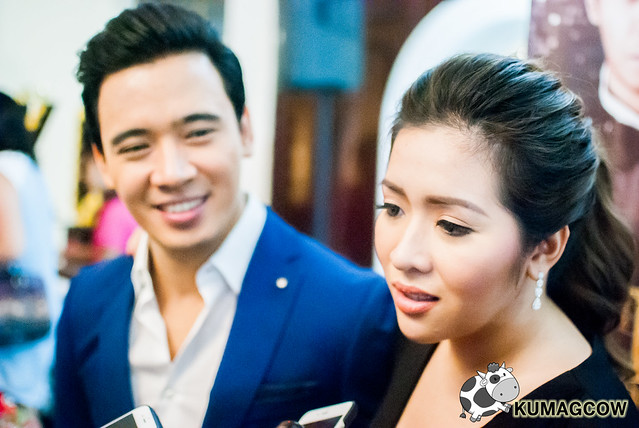 Their concert "Erik Santos and Angeline Quinto at the Araneta Coliseum" will happen on August 15, 2015 at 8PM. Special guests will be Martin Nievera, Ms. Regine Velasquez. Musical Direction will be done by Homer Flores and the show will be directed by Johnny Manahan. For tickets please call 9115555 or visit Ticketnet.com.ph now!

http://www.cornerstonetalents.net/
Posted by John Bueno at 10:00 AM