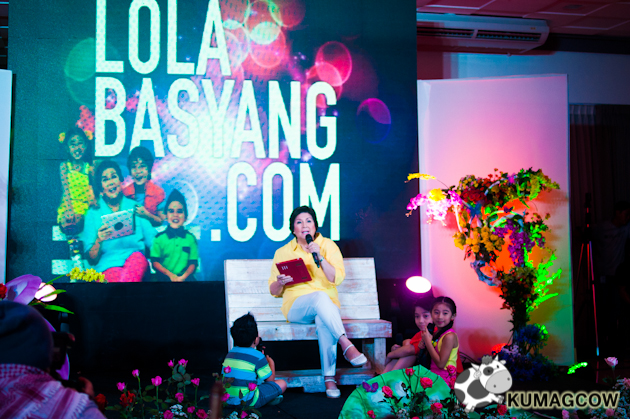 Typhoon and rain was outside but no one could stop TV5 from launching new shows as they held the grand press conference of two new shows, LolaBasyang.com and Parang Normal Activity. The brains behind this child project is the Perci Intalan and Jun Lana headed production house The Idea First Company that worked with the happiest network in the country TV5 so they could bring brand new spanking shows in your homes starting this Saturday/weekend. 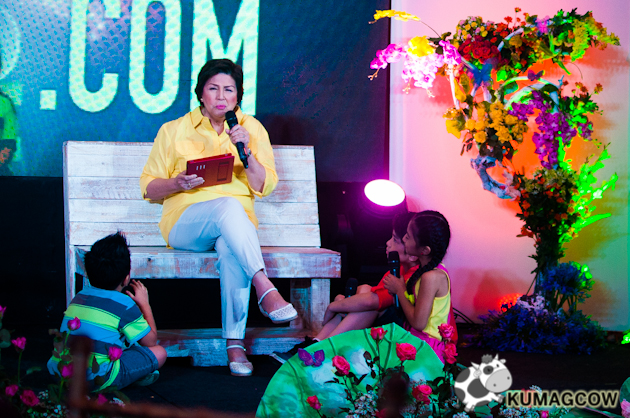 I still remember the time when legendary comedienne Chichay and Luz Valdez played the role of Lola Basyang. She was the iconic grandma who always got her grandchildren learn about Filipino values by telling them stories, legends and have them sometimes in it too. It's a pretty epic story line for its time and I must say, kids were a little obsessed to sit in front of their TV's or drag their parents on movie houses just to see it. This show though will have one of the greatest actresses in Philippine showbiz industry, Ms. Boots Anson Rodrigo. She says "It's the same type of stories, same legends that Filipinos loved. The only difference is you've got a more hip Lola B telling her grandsons/daughters about the usual. What kind of Lola B? For starters, her name is that way, her hair ain't white (she's dyed her hair), she's not on a rocking chair, she's not wearing a "Saya" anymore and wears pretty colorful clothes, neither is she just reading off a book as she's now on a tablet. She also is a blogger and she's going to be seen in almost all those popular social media channels most people are on and things are going to be told in a grand way every week." 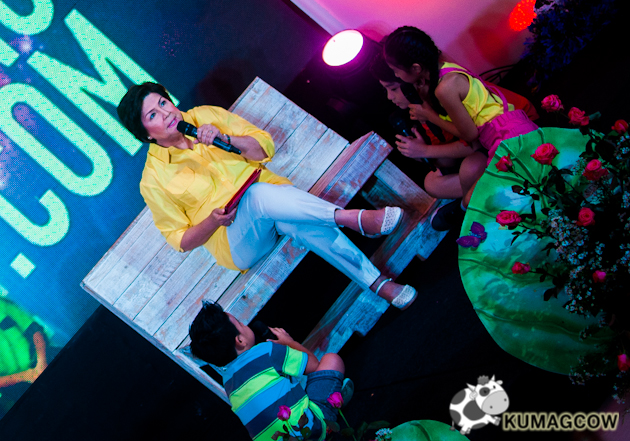 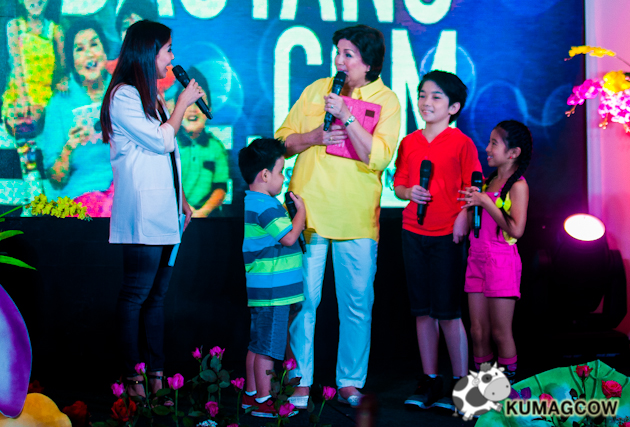 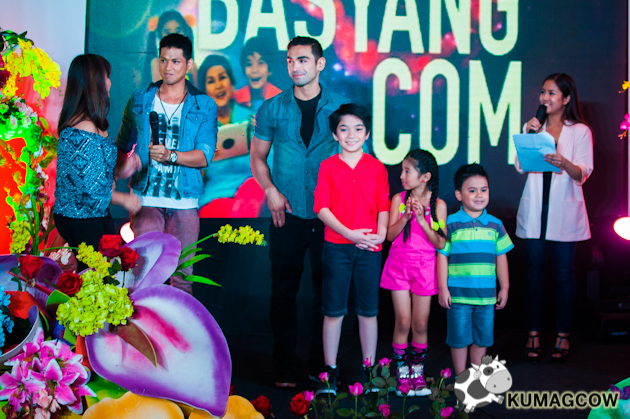 The first episode will be a story about Maria Makiling. A really gorgeous fairy that lives in a mountain based on Philippine folklore to be played by TV5's princess Jasmine Curtis Smith. She wasn't at the press conference but one of the co-stars hunky Carlos Agassi was there and we asked about how he ended up on the show. I also asked about what he's been doing in the past few months/weeks since he's not that quite visible doing projects like these, and he says "I'm doing "Swak na Swak" in ABSCBN and also taped Imbestigador in GMA Channel 7 just a few days ago. I'm a free agent and nobody's managing me right now so everyone can go directly to me if they want to get my services. When this project was offered to me, I was more excited to have the chance to work with some great people in a different channel, all good!" Meanwhile, Vin Abrenica was there too together with Yna Asistio because they'll star in another story in the LolaBasyang.com series called "Ang Plawtin ni Periking" (Periking's Piccolo), which is about a small magical flute which you'll see in the coming weeks. 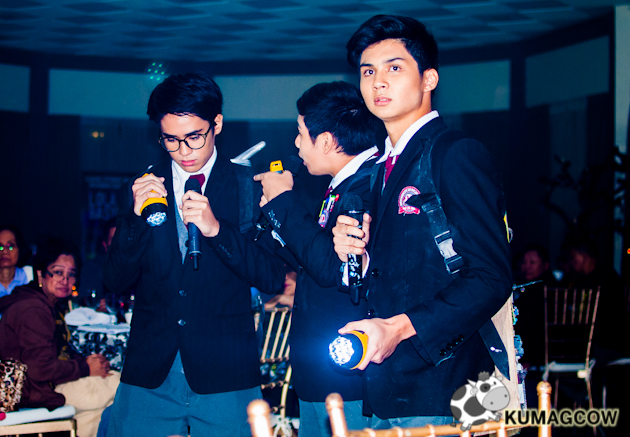 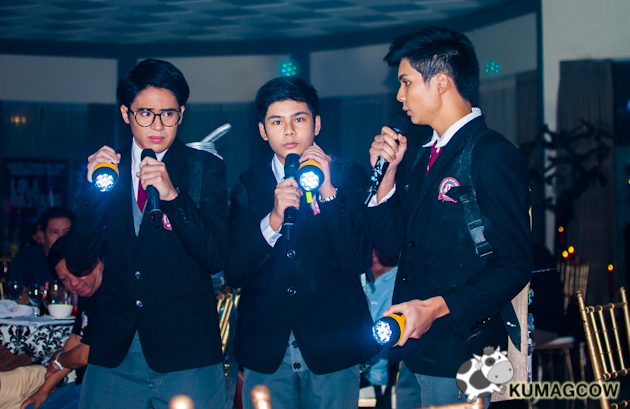 Lights went off and the spooky soundtrack played... it did actually frighten the kids a bit and when they got off the stage, these three teen boys came out hunting for what seems to be an entity... perhaps a ghost. I'm sure everybody had their own horror stories and these guys are putting in a little fun into it by getting some full blown stories that would make you laugh, smile, think and be a little frightened in between if you watch their show called #ParangNormalActivity. 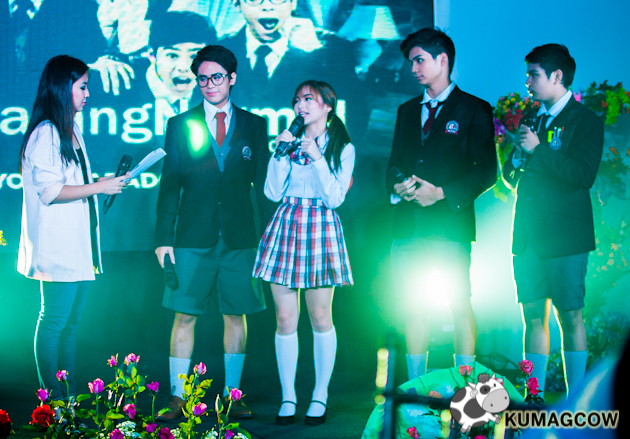 This show may have a horror component to it but Director Perci Intalan assures that all the episodes were designed to just be light and wouldn't scare the pants out of your kids when it premiers this Saturday on TV5. You'll meet the ghost named Charlie played by the bubbly and pretty Ella Cruz. She'll be together with Carl Guevarra, Ryle Paolo Santiago, Andre Garcia and new discovery Shaun Salvador. You might be thinking almost all these boys and Ella hail from ABSCBN but they've been properly asked to do this specifically, they're also in between work so it was the perfect time for them to do it here. 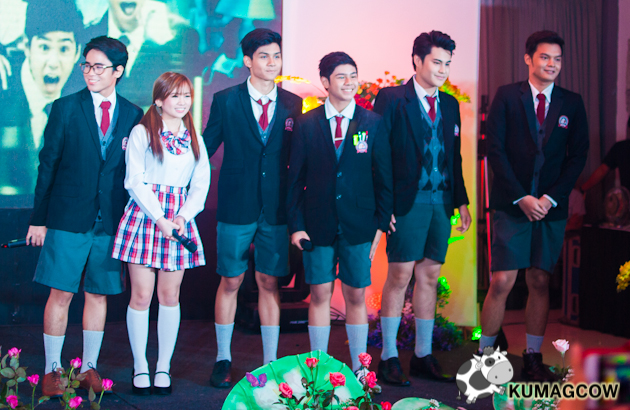 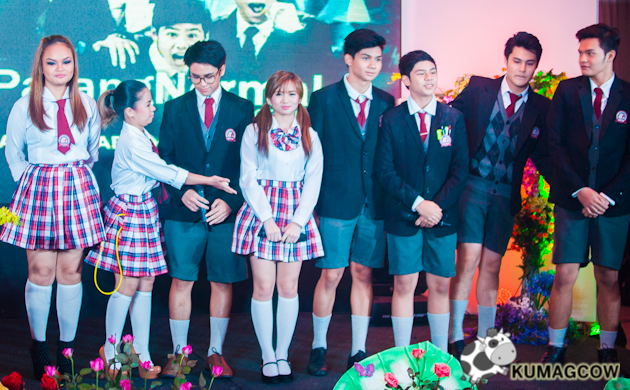 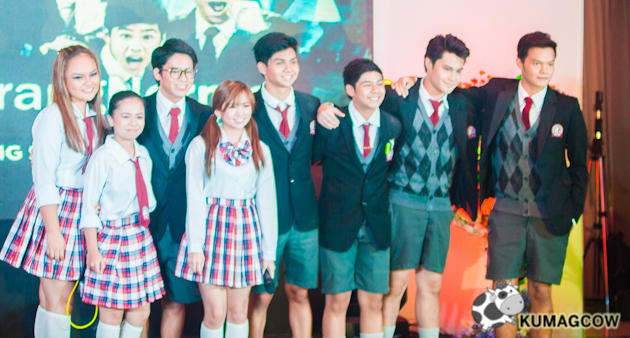 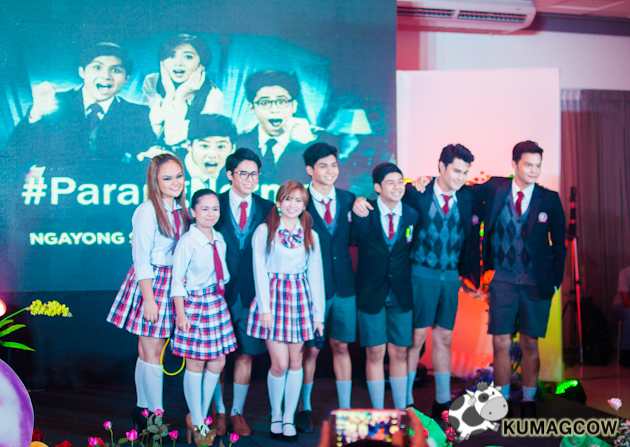 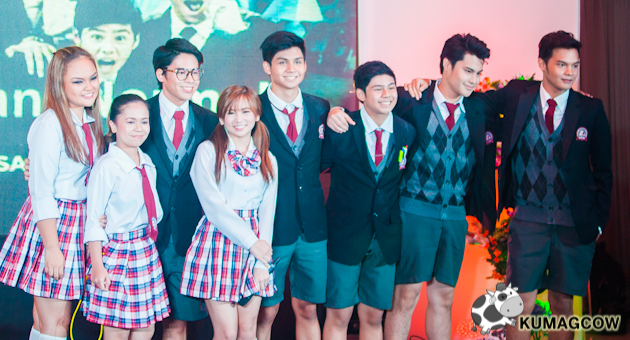 It's a mix of young love, comedy, playfulness, horror, mystery, adventure and everything in between but of course, it's not all rainbows and butterflies because they're going to be a little miserable when the characters of Jester Hernandez, Nico Nicolas and Joshua Joffe. In the succeeding episodes, they'll tackle a different story, a different creature or a different mysterious happening that will make the audience stay at the tip of their toes but still laugh in the end because it's still going to be a happy ending. Eunice Lagunsad and Kiray Celis (who just revealed she's got a big crush on Tom Taus) will add a little more spice to the stories, so don't discount them from any episode (and see her flying!) every Saturday! 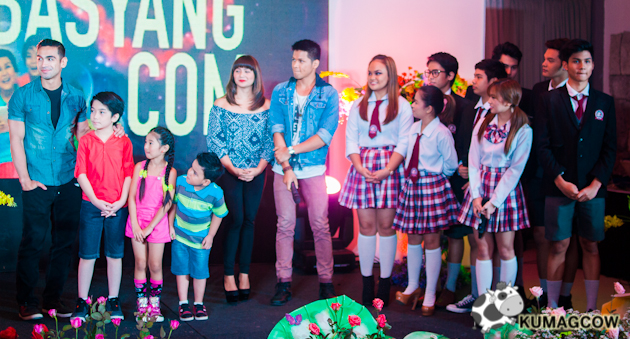 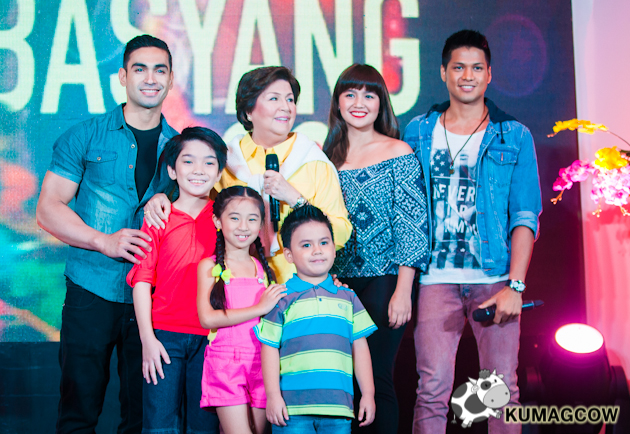 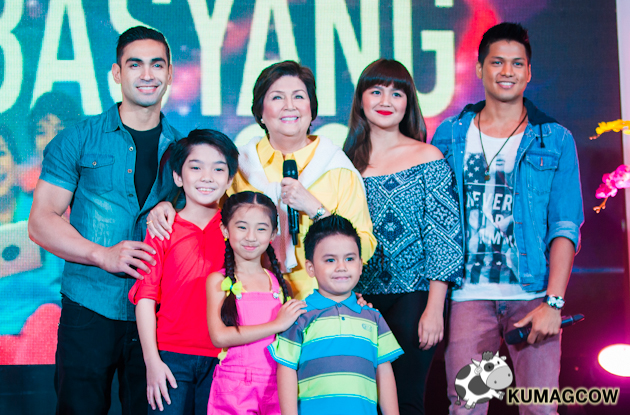 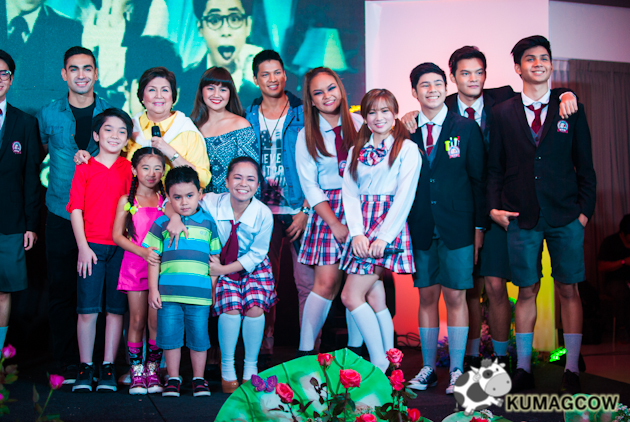 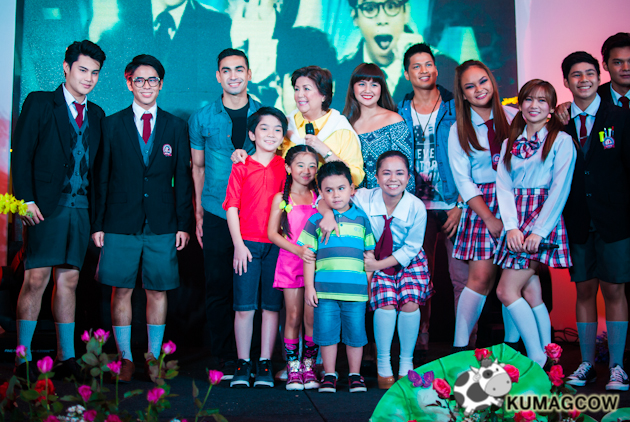 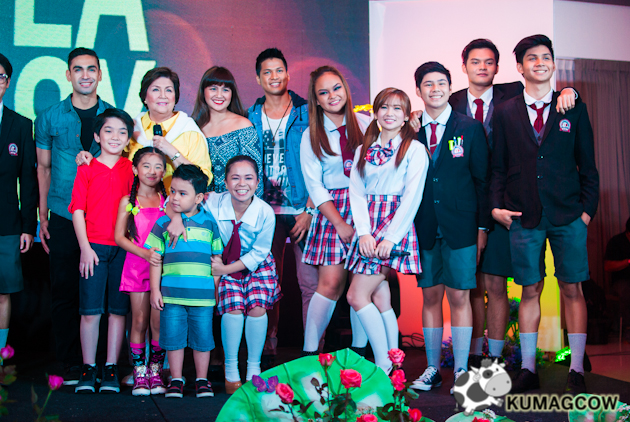 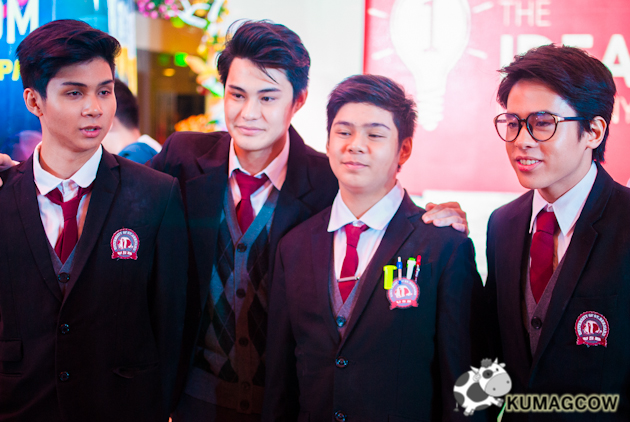 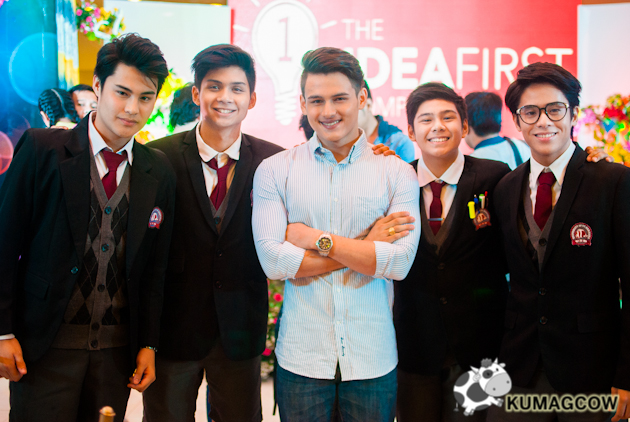 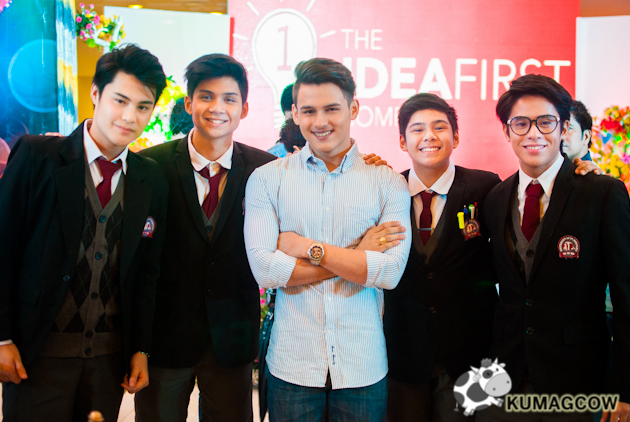 Again, make sure to watch both of these programs LolaBasyang.com and #ParangNormalActivity this July 11, 2015 on the happiest channel in the Philippines TV5!