It's Kiko Estrada's birthday and GMA Artist Center knew exactly how he wanted to celebrate it. We went to Pook Amorsolo in Brgy. UP Campus in Quezon City and had around 200 malnourished kids from nearby communities so he could spend time with them, play games, give nutritious food as well. To help with the cause, the good people from Philrice also gave the kids organic brown rice and had Pandelton (producer of baked goods) donate 2 weeks worth of special moringa bread for the kids. It's so nice to see even the volunteer employee organization of GMA called GMA GIVES also helped to manage the activities together with GMA Artist Center. 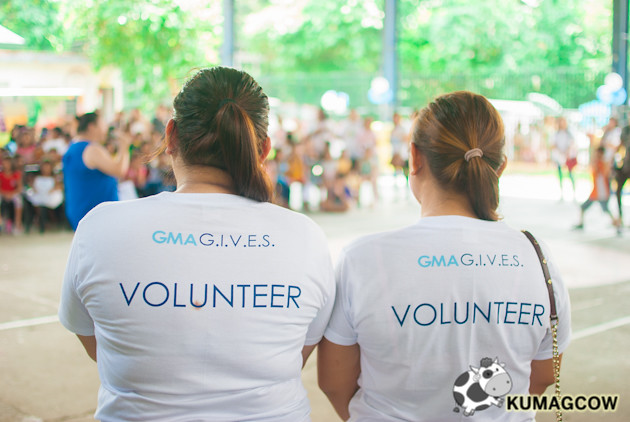 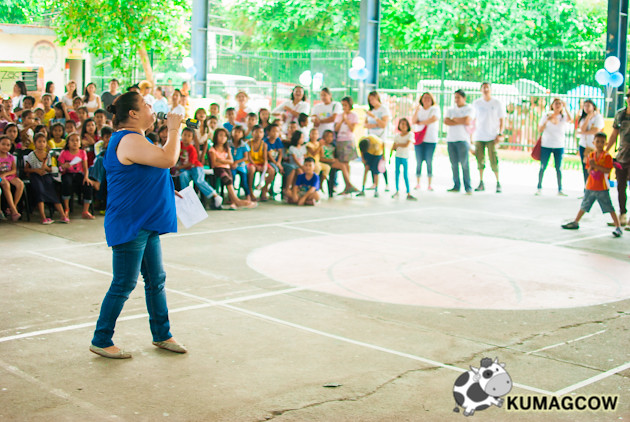 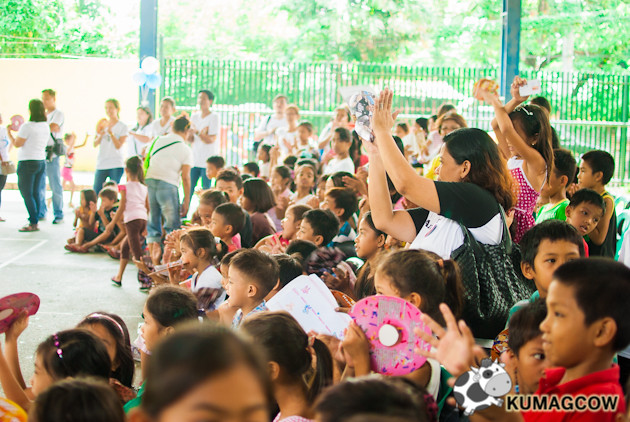 The kids also had fun with comedienne Tess Bomb hosting the event and it was nice to see the kids faces light up whenever she cracks a joke or two during the morning. These kids are from different communities and their respective health organizations monitor the kids weight and take the initiative to see if they're actually improving their health. Growth stunting is prevalent in kids in the Philippines and to be able to be more tall and healthy, they need the right amount of nutrition that they can get from supplements or food. I saw some really small kids, thin ones in the crowd and I fear these are exactly the ones that shouldn't happen when they're still in the stage of growing up. We all know we need to see them in their full potential, I even saw Kiko and gorgeous Kim Rodriguez help get metrics from some of the kids. 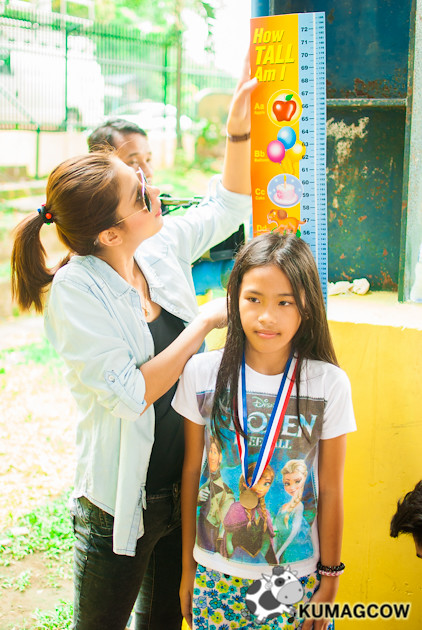 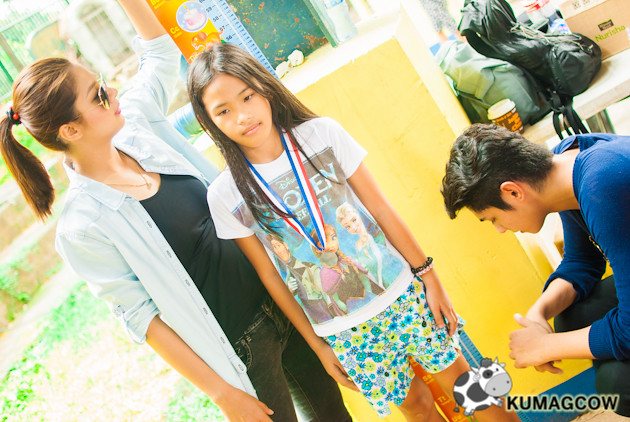 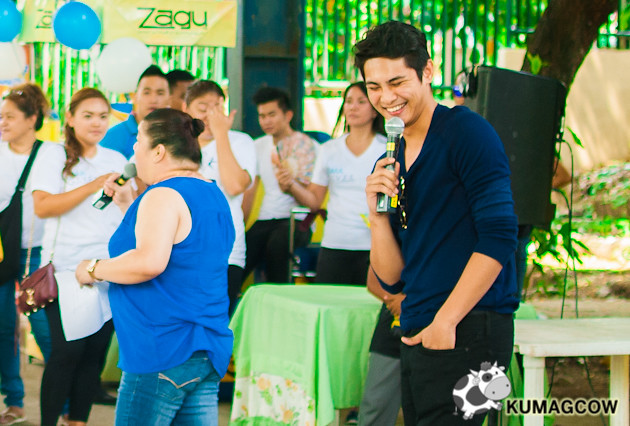 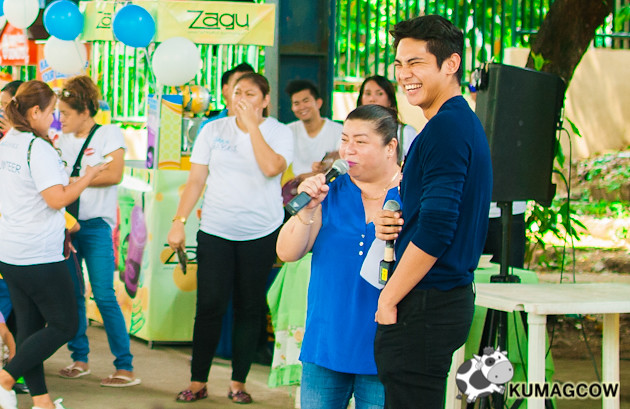 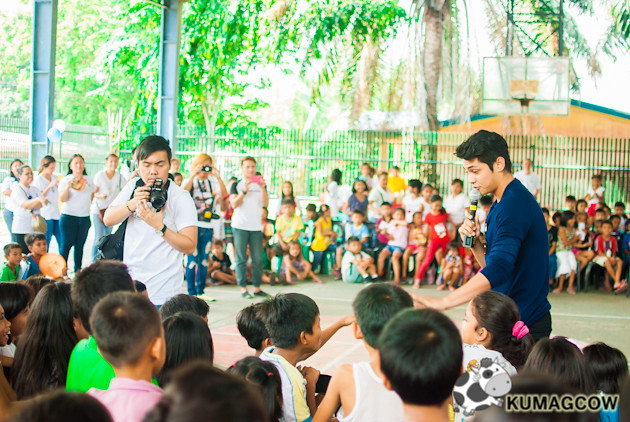 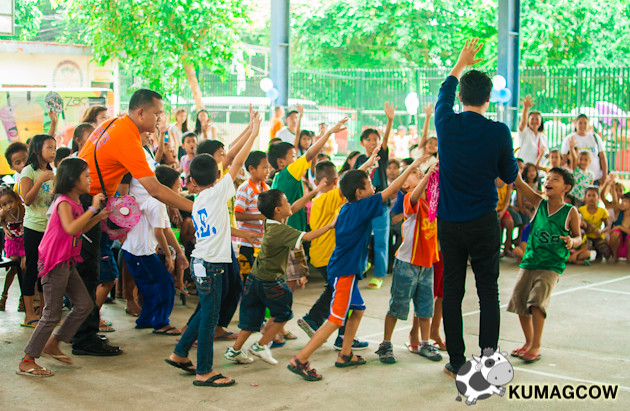 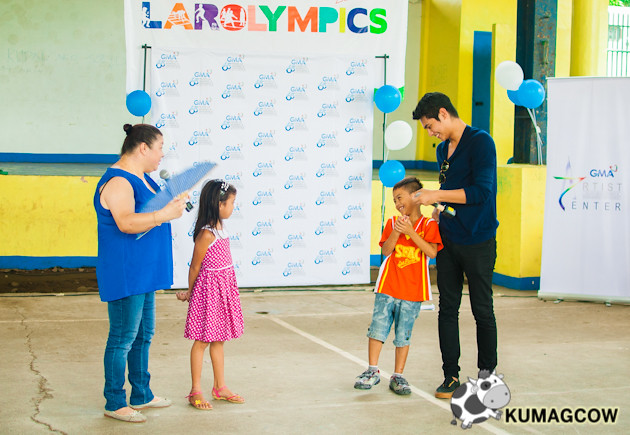 Kiko Estrada obviously had so much fun playing with the kids. I also heard some of them screamed until their lungs had fallen out (joke!). They found Kiko really good looking, including some of the other Kapuso stars that also stopped by. 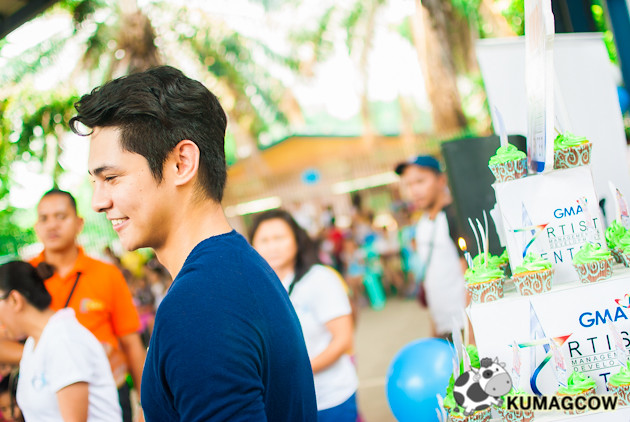 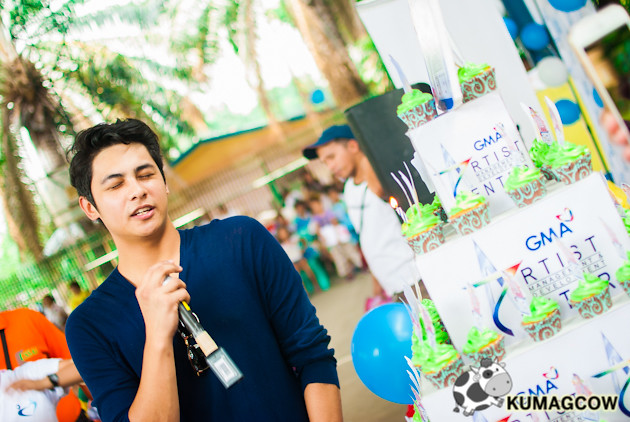 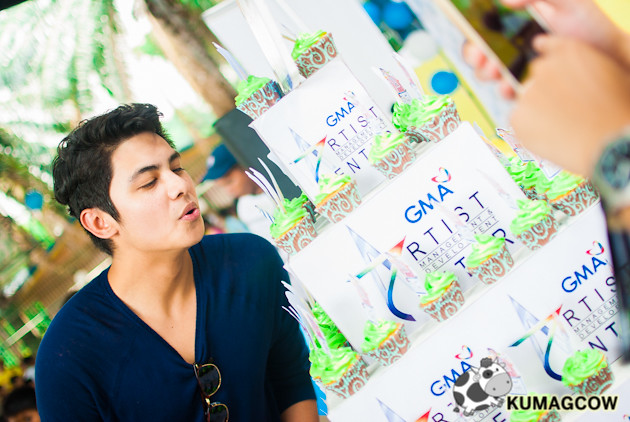 Kiko only wished for good health and more blessings for himself plus the chance to at least make the children, the health workers and the volunteers happy while they were there. The kids also some goodies from Aquabest, Zagu and Happy Haus donuts. GMA Artist Center also gave away some supplies that the kids could eventually use in school too. 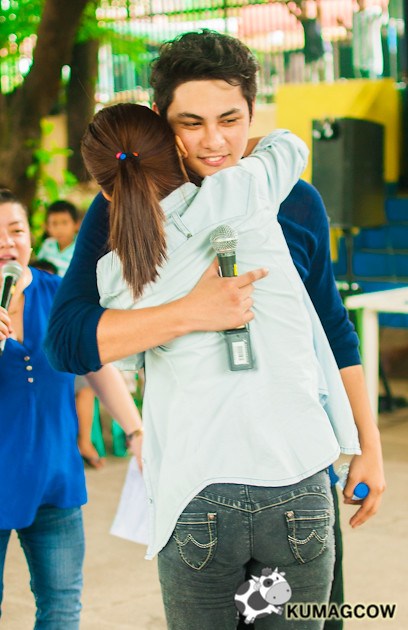 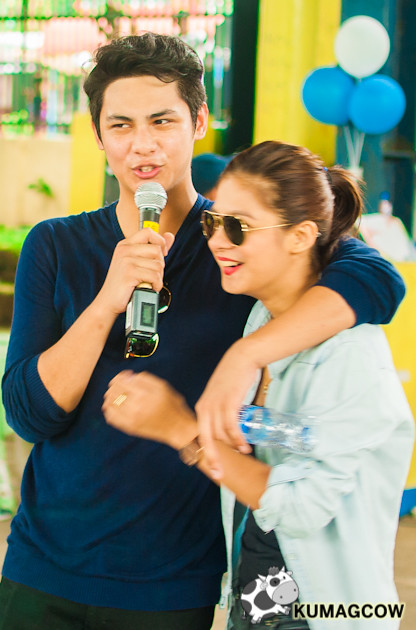 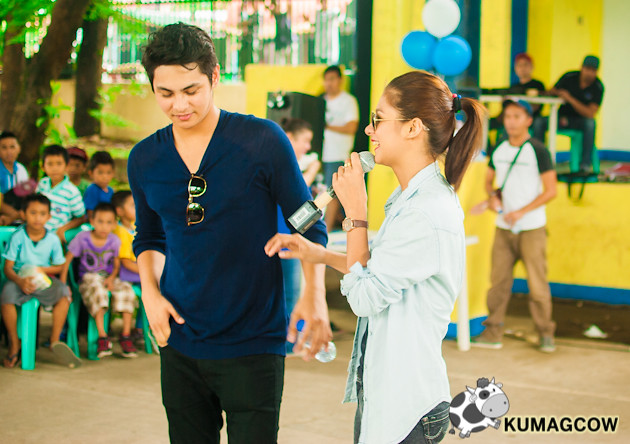 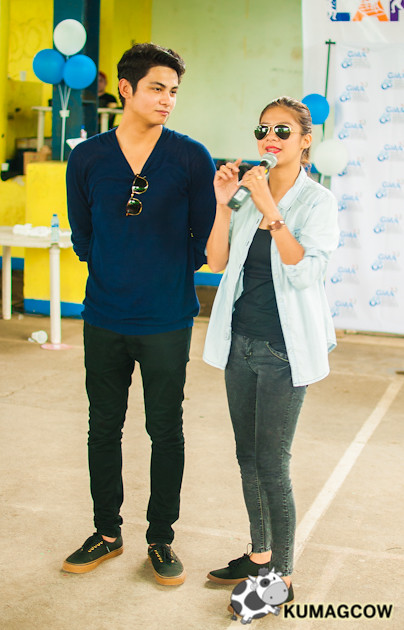 Kiko thought that Kim had something to do that day so he was a little worried that he'll celebrate without her that afternoon. Lo and behold, a car pulled up and out she came to surprise her. He got the hugs and kisses he needed that afternoon... and that was a really cool birthday moment right there. 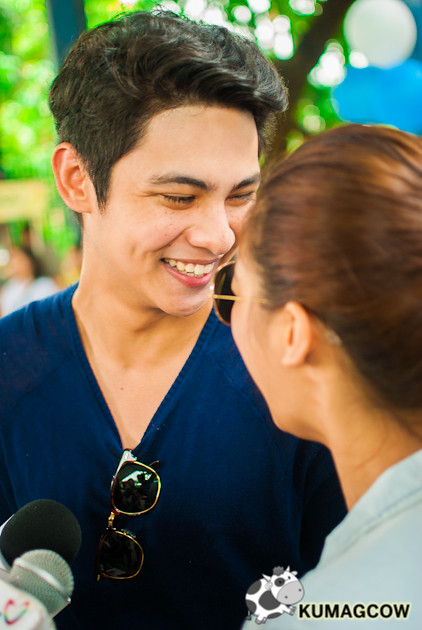 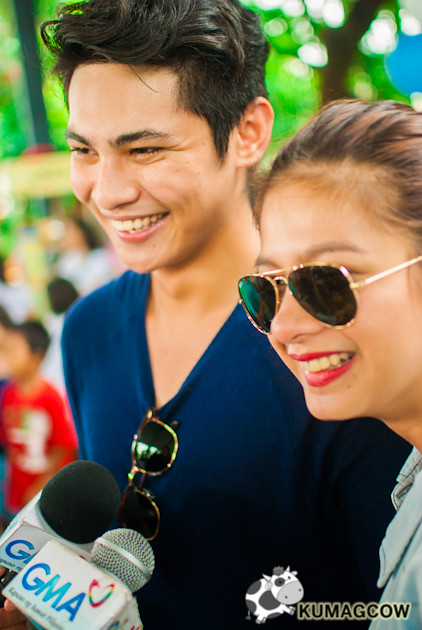 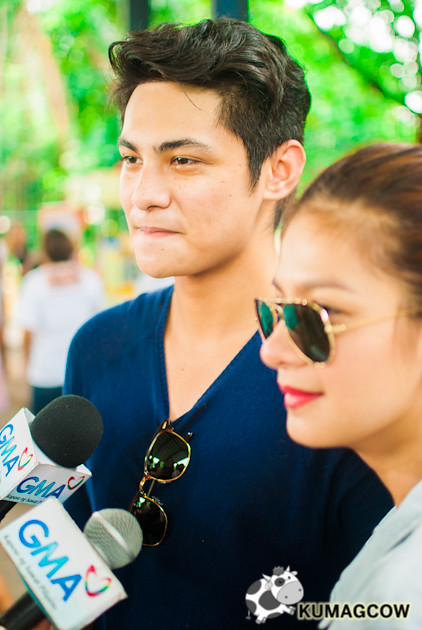 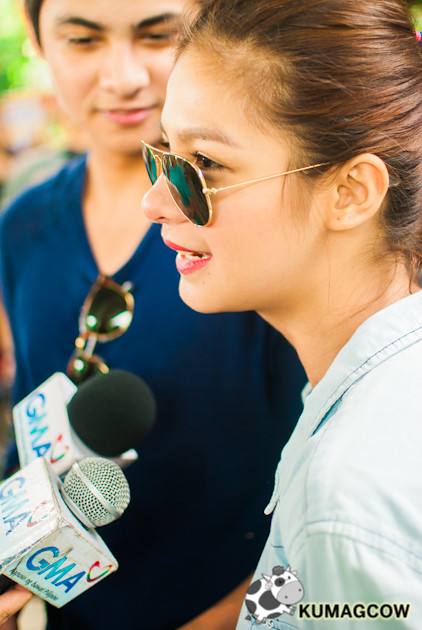 You can actually see how in love Kiko is, oh yes he's courting Kim and he even went the mile and said he'll patiently wait for her to say yes at the right time. Kim's response was a little reassuring too so we might be looking at a very cute couple right here. Kim actually gave Kiko those Raybans he's wearing. 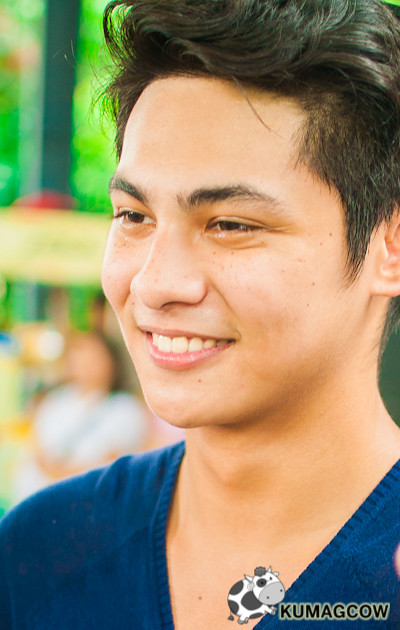 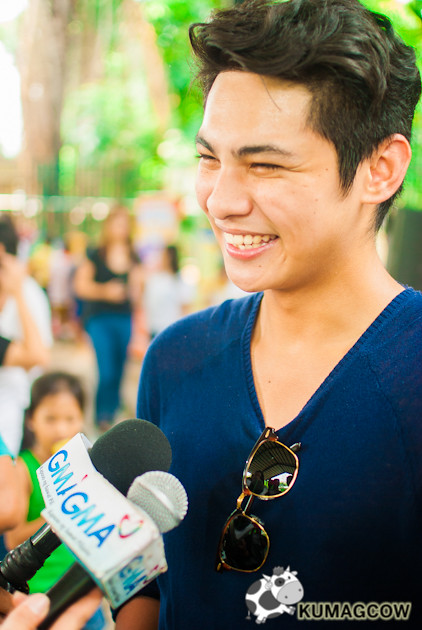 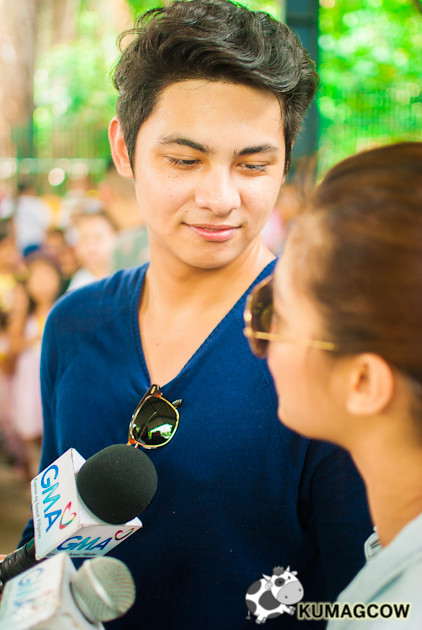 We couldn't blame him though because as far as we can see, Kim is just a gorgeous girl that would be so good to look at, right Kiko?

Kiko and Kim are still in the courtship stage, actually it's about a year already. Though Kiko doesn't seem to mind, and we think he understands that they both have to prioritize work. They both appear in the show "My Mother's Secret" which comes right before 24 Oras, GMA's prime time news show. They've got very interesting characters in the soap and I've seen they've got some potential. I just wish they start appearing in variety shows soon, they look good together. Happy happy birthday Kiko! Hope you get your happiness from helping these kids and of course, the special people who went there that morning.

http://gmanetwork.com/artistcenter
Posted by John Bueno at 9:56 AM