Piolo Pascual and Sarah Geronimo for The Breakup Playlist 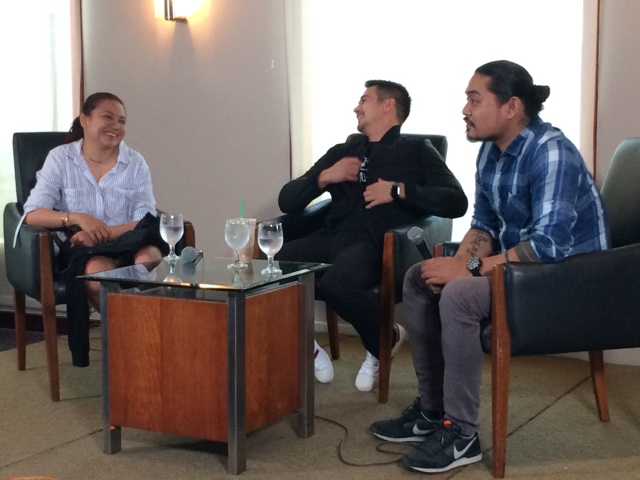 We're at the blog conference of The Breakup Playlist today, the film which stars Sarah Geronimo and Piolo Pascual. They are also banking on not just the two artist's fan base but the premise of how to be in a situation where you love, break up and still having that hope of forever. The musicians also had a journey, they compete, some fall, insecurities, flaws and how to humble yourself despite of conflicts in your personal life. Trixie, who is Sarah's character asks herself if she will give the person a second chance. Does she miss him? Is he willing to love her and forget everything that's painful in the past? Are they ready to move on? 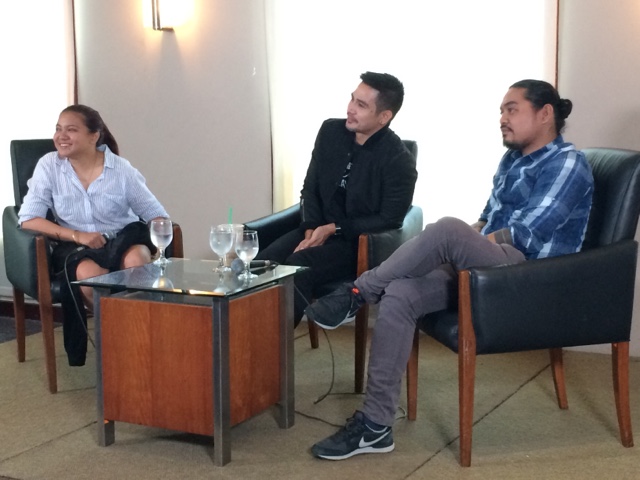 Writer Tonette Jadaone and Direk Dan Villegas were also there so we could get the gist of the story. Direk was a fan of the music and hearing the artists that are going to be in the movie was but a dream come true. It was hard for Sarah, she always told the Director that the character was very complicated. Piolo said "I've waited very long, and the opportunity presented itself when Sarah was working with Lloydie, so we had to wait for a while before we did this. The script was so good and since Sarah was in my bucket list, I never hesitated to do this with her. It talks about love and relationships, and everybody can relate to it. The soundtrack is equally heartbreaking, "Patawarin" had me cry around 5 times during the recording and I almost couldn't finish it since we acted out everything before that. We had a lot of scenes that we had to sing live during the shoot, so that's what you should look forward to. We didn't find any disparity as far as our age went during the filming, I hope it didn't come out that way at all when you see the movie even if I have gray hair in close ups." 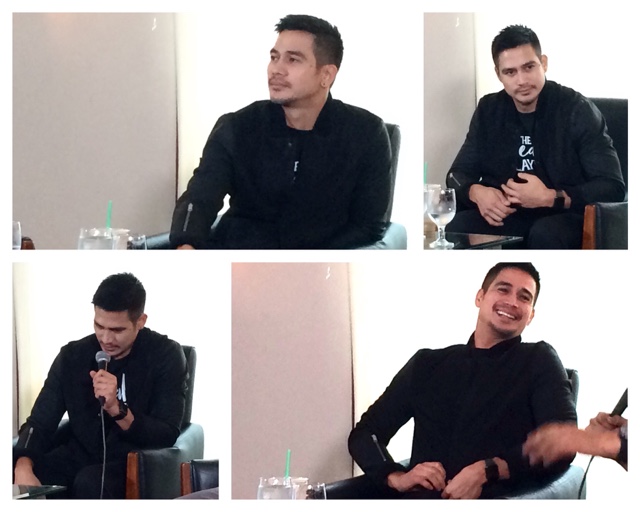 He adds "For me, whenever I think of the past I always think of the good times and I really think about the reasons why we should break up. I often just divert my attention by drowning myself in work, I also use them for motivation. Depression also makes use of friends, a support group that's always there to make you sane. As for my breakup playlist, I would probably just like anything what's on top of the charts at that time like Ed Sheeran etc. I also told Iñigo to experience stuff, have a girlfriend, get hurt, move on because he's a guy, he can take it. It was awesome to work with real musicians too but we didn't get to talk about making music at all because we were crunched for time, maybe soon." 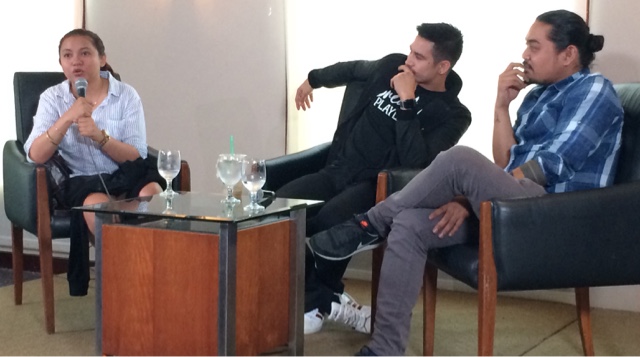 Ms. Tonette says "It was a joy doing this movie, Piolo even gave us Lechon during the shoot and you know he's the same old person we saw in the beginning. He never changed and didn't have any feeling that's he's too high. He's the good guy, a humble one."

The Breakup Playlist will show on July 1, 2015. The premier night will be today so make sure you take your friends that have issues on movie houses soon! Haha!