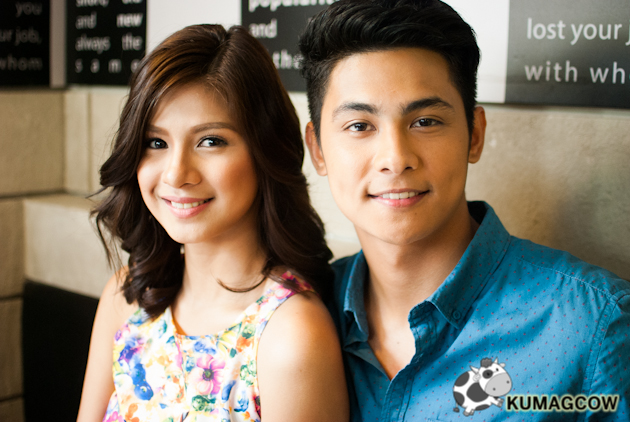 I've seen this two blossom into some of GMA's most promising love teams and the shows they've been in are proving to be a gauge of how the network trusts their talents, their work and worth. Kiko Estrada, son of former stars Gary Estrada and Cheska Diaz has pretty much shied away from the shadows of his famous parents and built a following of his own by appearing in shows like Tween Hearts, a couple of shows from the other station, Strawberry Lane, Yagit and the very controversial Magpakailanman episode where he played as a callboy who had his father become his customer. Kim Rodriguez on the other hand did shows like Tween Hearts, Biritera, Coffee Prince, Kakambal ni Eliana, and Strawberry Lane where she got pretty close with now love team partner Kiko. The two good looking artists are appearing in the show My Mother's Secret as Craig and Nerissa "Neri" Macapugay. The romantic spin is about to become more serious as Kim's character finds out more serious things about her mother in the show. 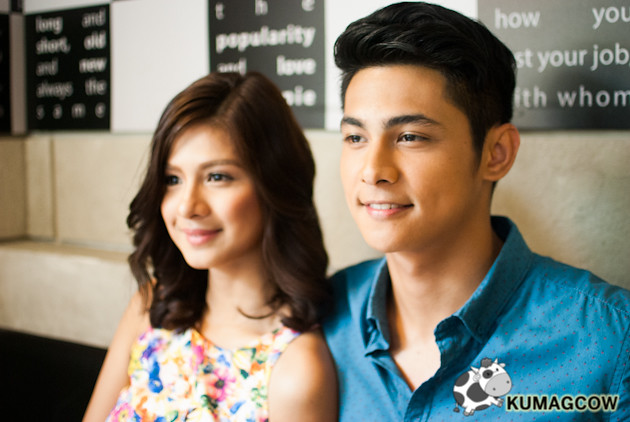 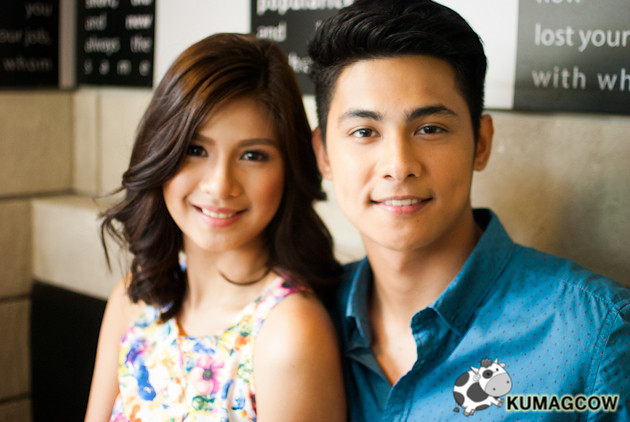 Kim is 20 whilst Kiko is 22. They look good together and when asked about their relationship, we got the shock of our lives when we heard Kiko suddenly admit he's courting Kim Rodriguez in real life. 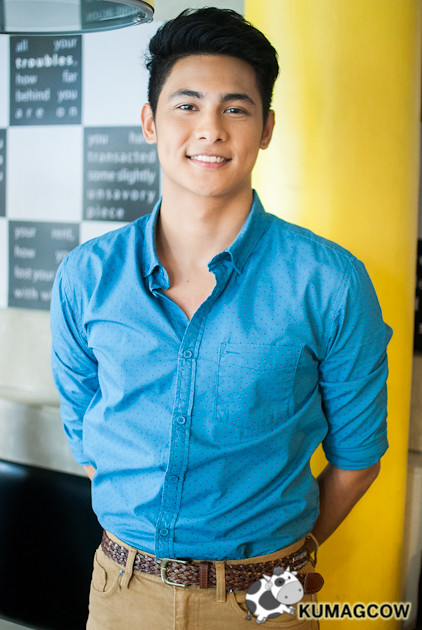 He says "Hahah, It's our first week on the series but we're now doing week 3. I don't think I'm in a lead role, but I'm here to support her 100 percent. The story revolves around Kim's family in the show and we're not really super conscious about the ratings. If we do our job well and do our part, then it's good, if not, we have to do something about it. I worked with Ms. Lotlot during a Magpakailanman episode and I feel so lucky to have been able to do that. Craig loves Neri so much in the show, a physical therapist, he doesn't want to stay with his family because they're always talking about money. Craig is a very simple man and he doesn't want that. I also got to work with Christian Bautista and learned a thing or two about singing and modulation (then he goes on singing a few lines) and now I can sing! It's like a concert in the set sometimes but we're just having fun. Neil Del Rosario is our current relationship because we're pretty much stuck doing these roles first. I don't look like my Dad, I like watching movies and drama shows, Indie movies and acting pieces. The Magpakailanman episode I had rated really high, they also said good stuff and I felt that. I like that even before they say I'm good looking. My dad told me to watch really good films even before and I think I got inspired from that. It's the substance of the script, I love teeny bopper roles still but all the shows I did have stories. I knew that before I accepted them. I find happiness in acting. Some might be not commercially successful but that's what I wanted. I don't want to follow paths, I look up to Jericho Rosales, sometimes it's just natural I think. I had a hard time talking in Tagalog because we didn't have that luxury when we were growing up. With all the humility in the world, I just want to be the best actor in this industry and I hope GMA makes me achieve that. I hope they know my passion for acting is huge. We finish each others sentences now, when we worked during an Indie film and I chose Kim during that time. I went crazy about her replies because I wanted to talk to her. I was very makulit, but I am courting her. I hope she feels the same and tell me soon, but I do feel secure, I feel assured. I don't doubt myself, and I think I'm humbly sure of myself. She's very pretty, but she's very beautiful inside... and I love her." 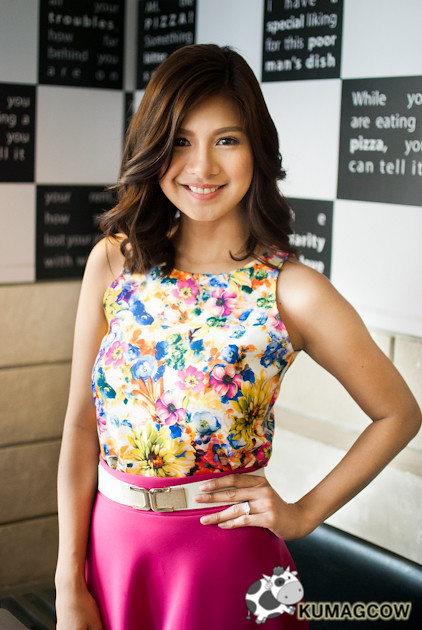 Kim says "It's fun doing the series with Direk Neil because we get to have fun. I don't think we even check the ratings of the show because we're more concentrated on what we're doing, on how we act and we think that's more important. Nerisa is a little boyish, I grew up with my foster Mom in this show and I'm thankful she's always in the scene because I always get something from her. Even if we're doing it in the wee hours of the morning we get to enjoy working with esteemed actors and singers like Christian Bautista. We did Tween Hearts and Strawberry Lane before and working now is our priority. Jack is a far cry from Neri because she's still a lady. I haven't been able to have scenes with him yet but am looking forward to. The family is sort of messed up, some relationships here and there, some celebrities, but that's where the babies come in. Neri worked hard, and had to work in an orphanage where we met in the show. There's a secret that's about to unravel later on. I was so happy to see we finally have a billboard, it's like FINALLY we've seen how we worked hard for it. We were a big cast during our past shows, and this one makes it worth it because even though it's hard to maintain ratings, we're always taken cared of by GMA. I even had a whole month done for Maynila. I grew up with my grandma, she passed away in 2011 but I'm so blessed that I'm successful. I don't want to become a big star, but GMA has trusted me so much so I'm just paying it back. We're not competing with other love teams but we wish to achieve more. He was my crush during Tween Hearts but I wasn't showing it that much. He gave me a shitzu, I know he's courting me and during my birthday we had dinner and he gave me a stuffed toy... a dog, then he gave me a real one. His name is Chewy because he looks like chewbacca, super cute. We talked about it before the start of the show and we need to concentrate on work first before we do that thing. This is very challenging, I have feelings, I know how he feels too. We're very close and know each other's problems. He's a gentleman, all the things I want to do, he supports me. He knows I'm alone, he makes me safe, he takes care of me, even goes the mile of getting concerned every day."


They're a good looking couple, not officially yet but at least there's admission of courtship. Fans should rejoice and help them make "My Mother's Secret" a successful show now that they're looking seriously into their relationship. The show is on it's third week and stars Gwen Zamora and Christian Bautista too. It's going to be shown on GMA Primetime 6PM before 24 Oras.

http://gmanetwork.com/artistcenter
Posted by John Bueno at 9:50 AM