The Plight of a Mall Security Guard 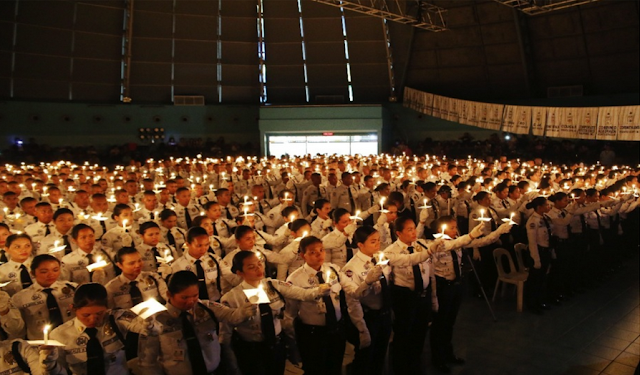 It was Independence day when I was writing this piece. I thought about the men and women out there who are still working even if it's a holiday. Small things, may likely feel nothing to us. I feel though that we should be thanking these people who still take the time to serve us in times when they could have been just resting at home. Have you ever said "thanks" to an SM Mall security guard?

These men and women put themselves out there, they get paid salaries just like the rest of us but think about it... they're actually protecting us from bad elements while inside the mall. The amount of money they actually get in one day cost around 20 thousand Philippine pesos to 2 thousand dollars yet they go the mile and return it to their respectable owners. They barely are even seen by the public and can always take it for themselves, but they chose to give it back to their proper owners or surrender it to mall administration instead. Isn't that a selfless act? Shouldn't that be something to be proud of? Even if sometimes they get smirks and bad comments from mall goers they still do it out of their own will. They're not just serving the mall, they're practically serving you too! Their integrity, is just insurmountable. You would be proud about if you knew about the amount of mobile phones, gadgets and things they find and return in a single day. They just want to make sure the next time you shop, you won't find gang members, pickpockets, shoplifters and bad men inside it as well.

SM prides itself in making security a top priority. They also have made arrangements recently to honor some of them in ceremonies at SM Skydome a few weeks ago. Arrests, apprehensions were also possible because of them so it was a nice thing they were honoring these men for doing a good job, for keeping us safe during mall hours. In behalf of everyone, I'd like to say thank you to Mr. Jayred C. Martin, Mr. Norberto S. Bautista, Jr., Mr. Angelito P. Fuentes, Mr. Dominador O. Apawan, Mr. Lourince Z. Olog, Mr. Dexter P. Gadot, Mr. Melvin O. Muramatsu, Mr. Rowell R. Condolon, Mr. Oliver M. Maramag and Mr. Ramon P. De Leon for going beyond their duty and helped SM, the people and ordinary Juan's community safe all these years. They also have in their own way helped different communities that they visit through SM Cares.

The next time you go to a mall, say "Thank You" to show how much you appreciate their work the next time they need to check your things going inside the mall. They deserve every bit of that and it would be good to make mall security officers feel how thankful you are as they keep the place safe no matter when, where and whatever it takes. Their lives are on the line most of the time, so isn't that too small of a favor? We at least owe them that.

For more information about their organization: