It's been a while since we've seen Cherry Mobile, and the darn secret is out! They just released what seems to be a worthy competitor to those high capacity, low price "supposedly" powered and high end phones. They're calling it the Cherry Mobile Flare X. It's an Octa-core powered 3 GB RAM capacity smartphone that only costs Php 6.999. Unbelievable, but it costs less than its foreign counterparts. 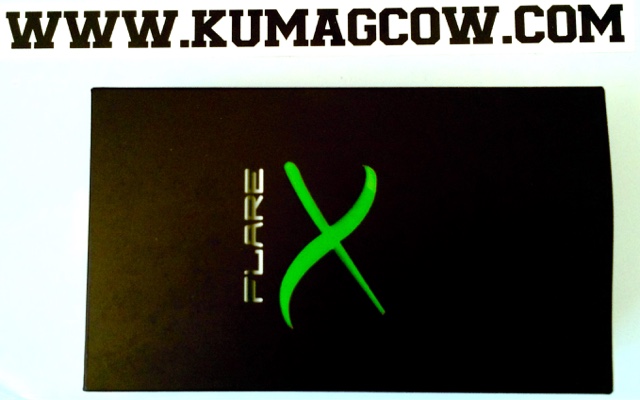 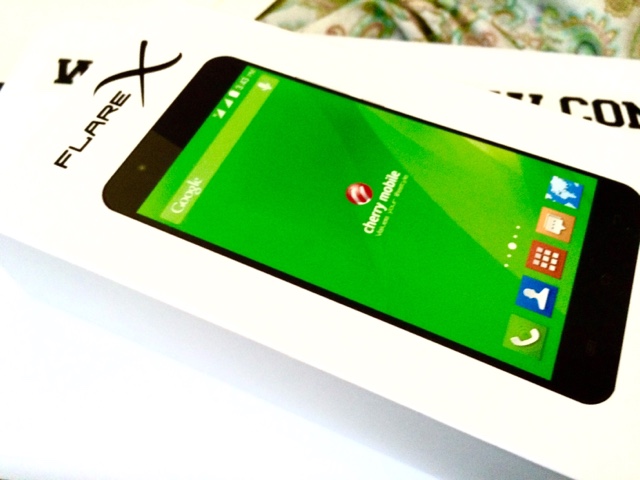 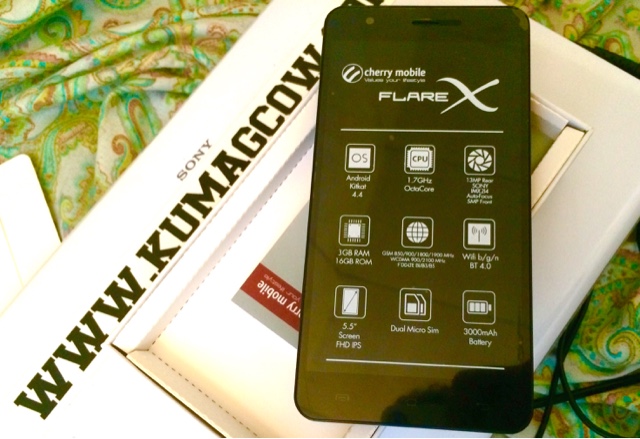 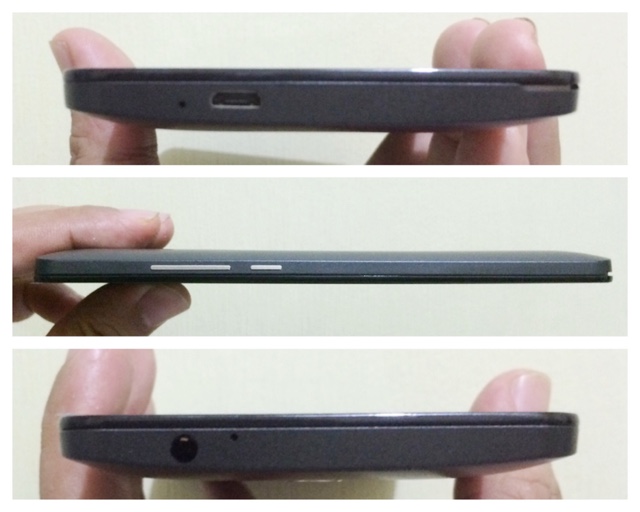 The Cherry Mobile Flare X runs on Android Kitkat 4.4 OS, has got 1.7 GHz Octacore Processor, 13 MP Rear Camera using the SONY IMX214 which also autofocuses on subjects and a 5MP front so you can take decent selfies. The phone also boasts 16GB ROM, a 5.5 inch Full HD IPS Screen and a 3000 mAh battery which makes it last longer than your average android phone. This particular handset you're seeing is actually mine and I'm using 2 sim cards for it. I used Sun Prepaid as primary and a Smart Prepaid for the secondary line, both have run flawlessly since then. I use high frame rate games like Clash of Clans and Hello Hero on it, but still it runs well. For daily tasks, the pre installed apps would be sufficient but as with any android phone, you can always get what you need from the Google Play Store. 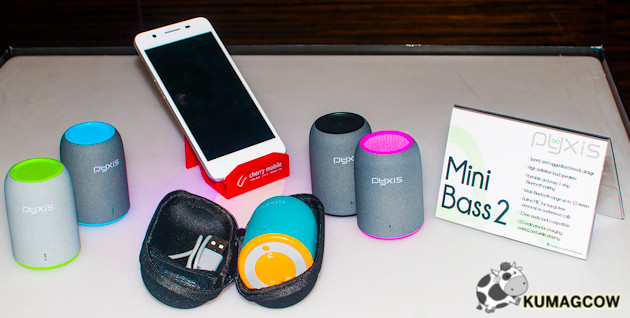 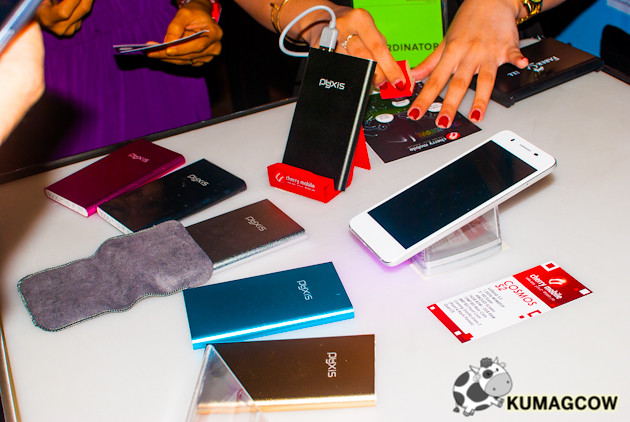 During the launch, they let us try a couple of gadgets from their brand Pyxis. They're extensively making it visible with the Bluetooth Speakers, Digital Clocks (with USB ports so you could plug your devices in) and more Power Bank units. 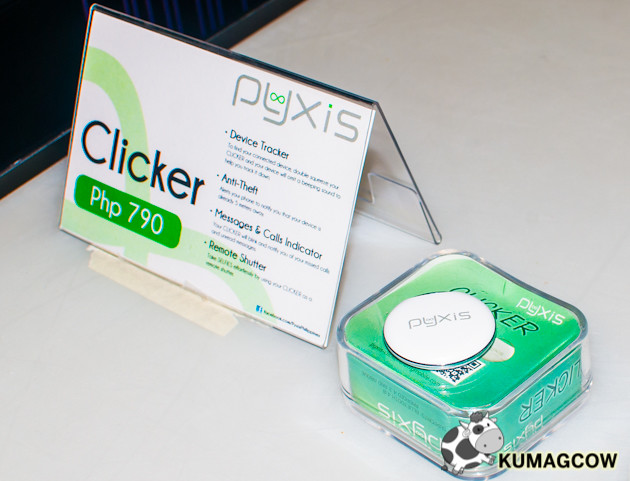 Another interesting device I saw on the table was this one. This is the Pyxis Clicker, and it's an anti theft device that needs a corresponding application so you could pair it. After pairing, you can hear beeps as it tracks how far your smartphone or tablet is. It also could capture photos remotely, notify you of unread messages and missed calls. I was really liking this one! They were selling it for Php 750, although they require you Android 4.3 and Bluetooth 4.0. 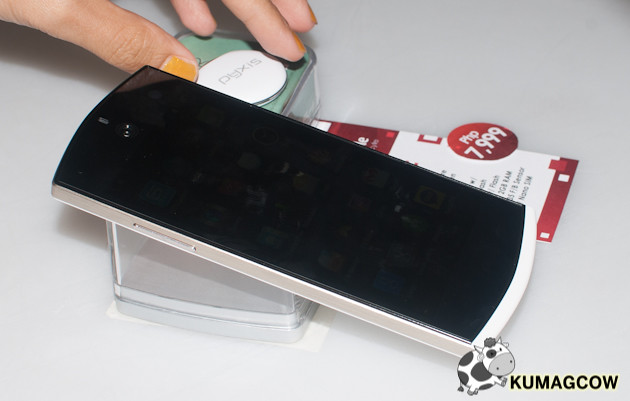 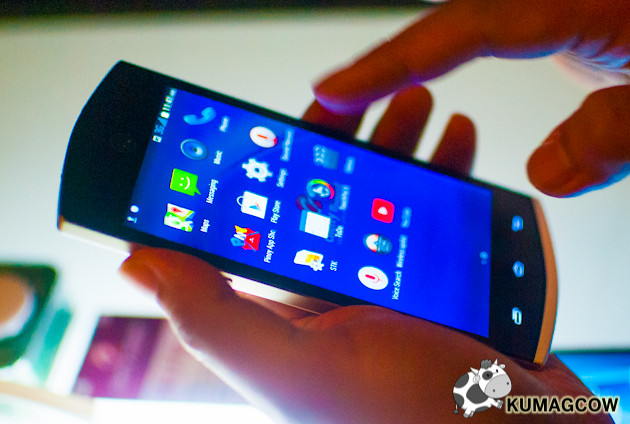 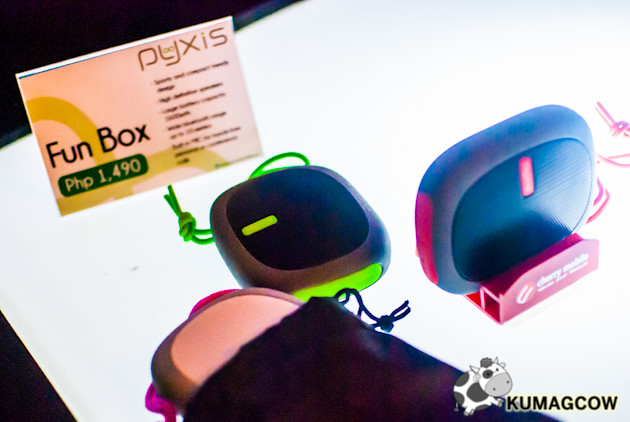 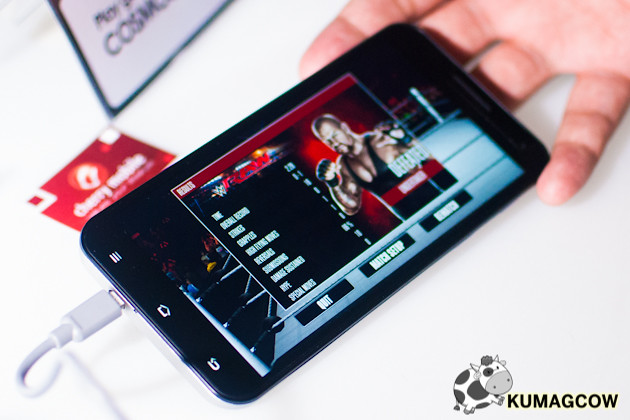 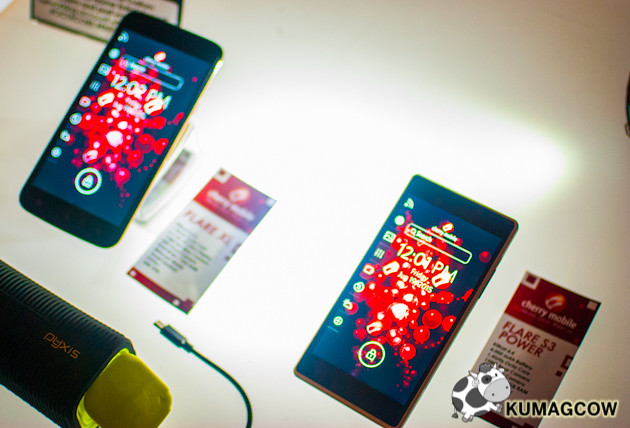 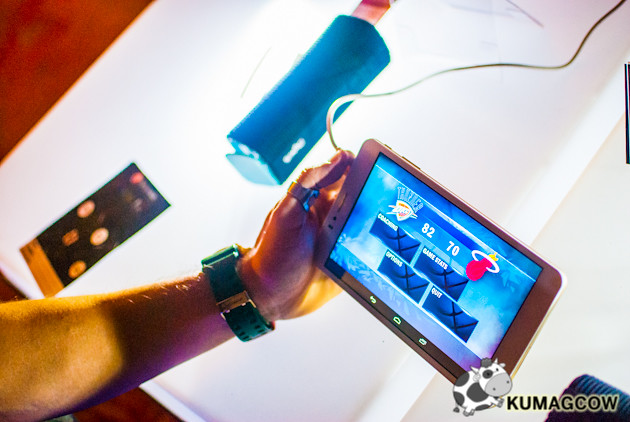 I also tried to play some games they got on the phone and tablets which they also put into full TV screens. You can barely tell there's lag and the graphics was nice. Everything was just eye candy. Speaking of which... 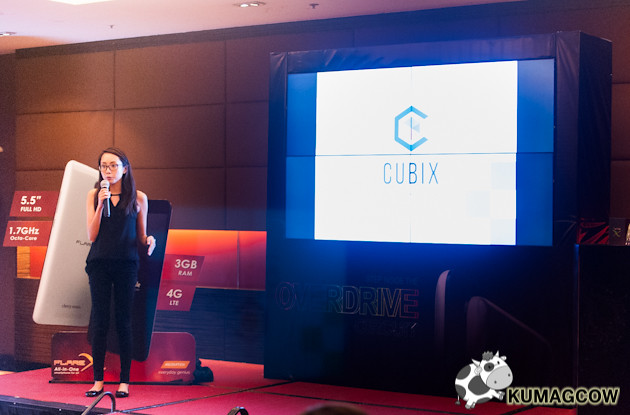 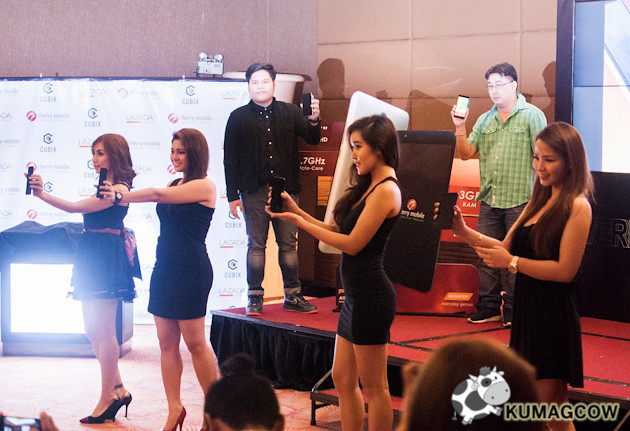 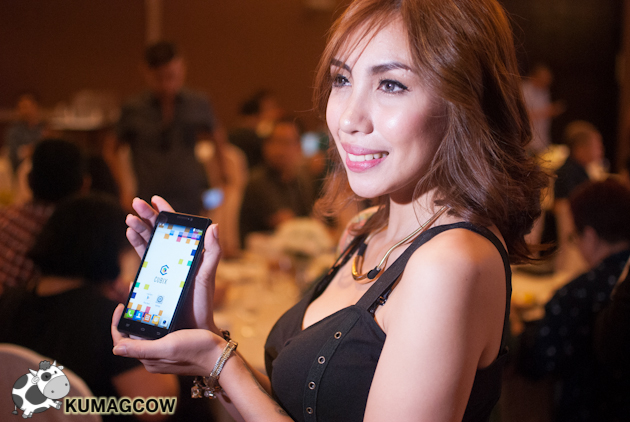 This lady is holding the first ever unit called CUBE made by Cherry Mobile's newest brand called CUBIX. It runs on Android 4.4 Kitkat but can be upgradeable to Lollipop. They put in 1.4 GHz Octa Core processor and 2 GB RAM. Internal memory is 16GB and you can get a 64GB micro SD. They got it equipped with 13MP for the Rear Camera, a 5MP front and a 2000 mAh removable battery. Well yes we're a little worried about the batteries but that's way sufficient already for a smaller form factored phone. It's got a 5.0 IPS display so you can just imagine how big it is. It looks a lot like an iPhone but it's smaller, and it's not. That's the easy part, but really for a first phone release, they're probably thinking of you. They're selling this at Php 4,490 and ONLY SELLING IT EXCLUSIVELY IN LAZADA. This will come out at 12 Noon today! Head on to www.lazada.com.ph/cherry-mobile-cubix/. They also preinstalled the Lazada App so you don't have to go through the whole enchilada of installing it.

Now how's that for a comeback from Cherry Mobile?

For more information about their devices:

http://www.cherrymobile.com.ph/
Posted by John Bueno at 2:41 AM