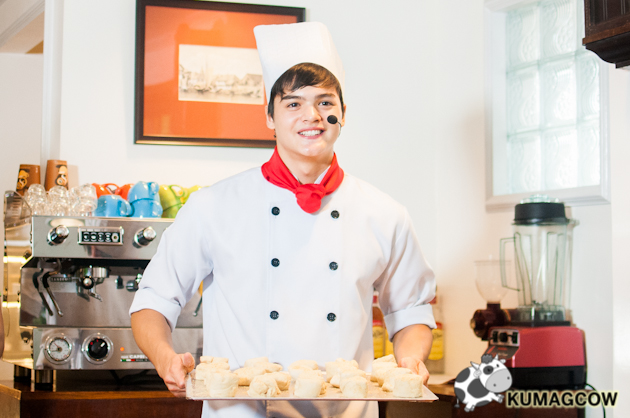 You've seen the past few weeks of Baker King shown on TV5. The show is adapted from a Korean drama which I had the chance to actually follow on KBS which is a Korean cable channel available locally too. I loved the plot, I loved the story, and I loved the way they made it in the original one so hearing that they're going to make Baker King done here, I had my doubts about how it would turn out. I know Mark Neumann since his stint with Artista Academy a few years back. With his good looks, pleasing demeanor, sculptured german physique, I knew he was going to make it big in the local showbiz industry. He's done countless shows, even lorded the Wattpad series in the same station. The happy network seemed to have gone his liking and since his Wattpad stories and shows have had remarkable viewing, TV5 must have thought of using this guy fully by making him star on his own show. Baker King is also his dream. 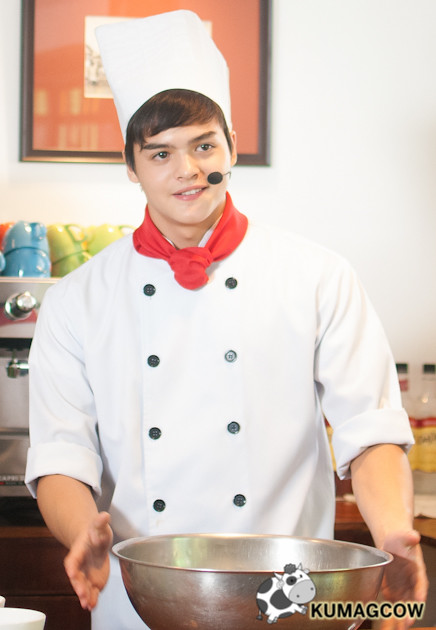 Mark will play the role of Takgu, a guy who's lived a very colorful life. He's the son of a mogul and his mother basically was poor and abused because the original wife of his Father basically made head way in making their lives miserable. They also tried to kidnap, hurt her, keep her in the sidelines most of the time and keep tons of secrets in between. The first few weeks tells us the story as they were just kids and it basically explains why Tagku, his brother, his mother and everyone else involved in their lives are how they are now, now that they've all grown up.

They'll also be romantically involved with some of the characters and they would end up with the ones they love, so in a nutshell Shaira Mae will be with Mark Neumann in the story. Akihiro Blanco will also be a little busy in this drama because his role is pivotal. There will be a lot of situations where their characters will have a lot of conflicts, much like what I've seen in the original Korean series because as TV5 puts it, they'll be making this story very similar to the original one. They deem not to change it because the concept is very nice already that it would be catastrophic to not show that in the Philippines. 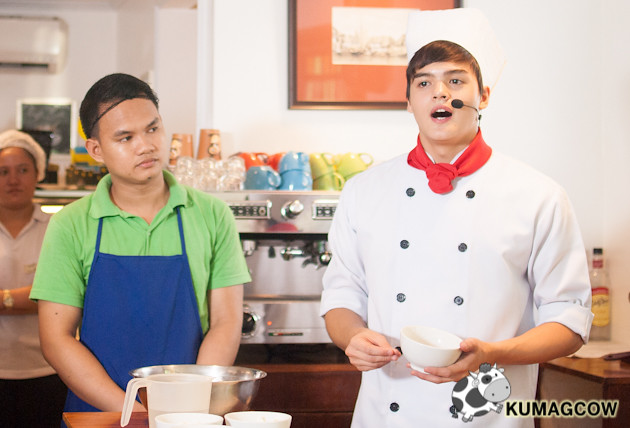 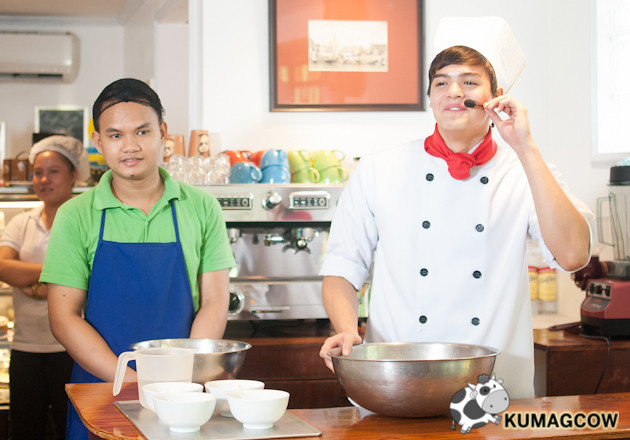 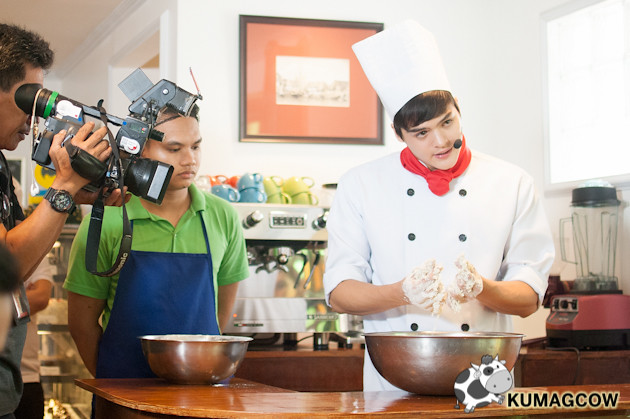 In my neighborhood, Kamuning Bakery basically is the oldest bake shop because they've been there since 1939. They bake tons of stuff that I grew up with and they went here to basically have Mark try and show us a few things he learned in baking workshops. He did it for this role but he told us that he fell in love with it and maybe even plan to pursue a business like it in the future. When he teased some of the press members about showing them his pandesals, they thought of something else but seeing how much effort went in to making this in front of us that day, it made us feel how Mark would definitely give Takgu's role justice. Landing this was even made with stern hard work, it was just something he hoped for in the past and TV5 trusted him with this part. We felt he was very thankful for the opportunity and hopes he doesn't disappoint the same people who has helped him land this role. 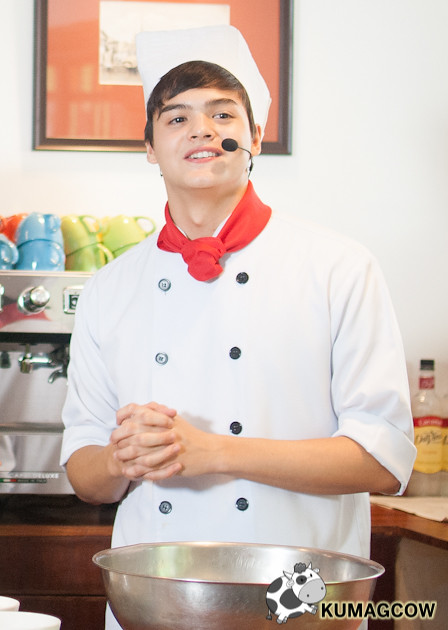 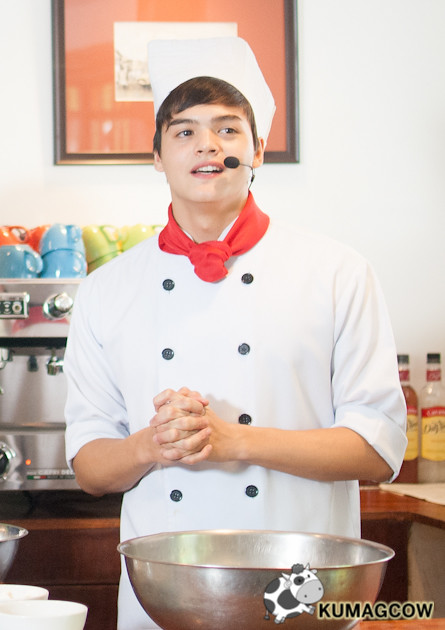 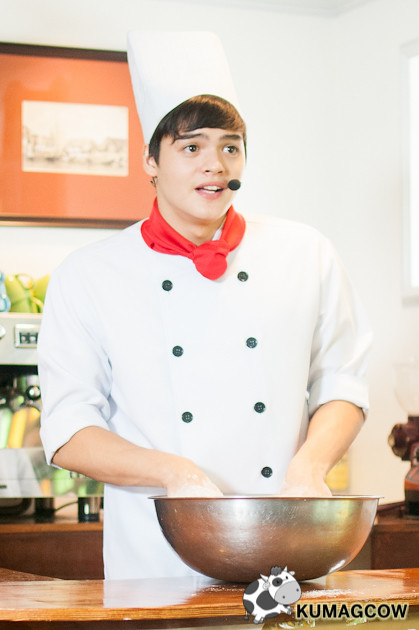 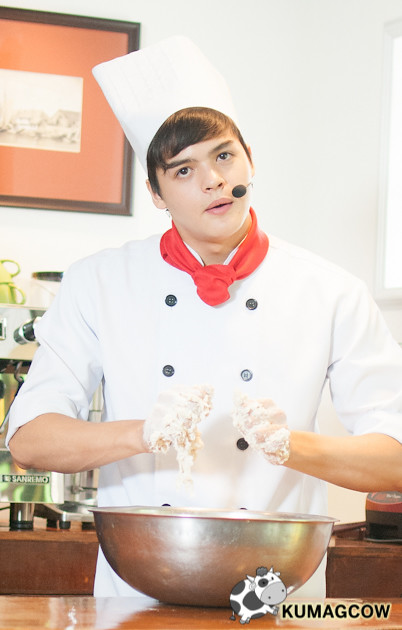 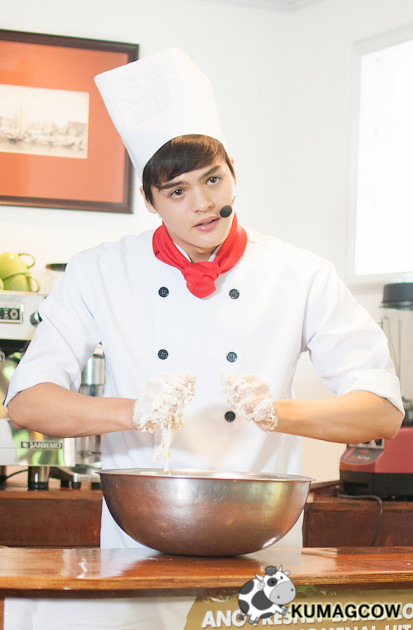 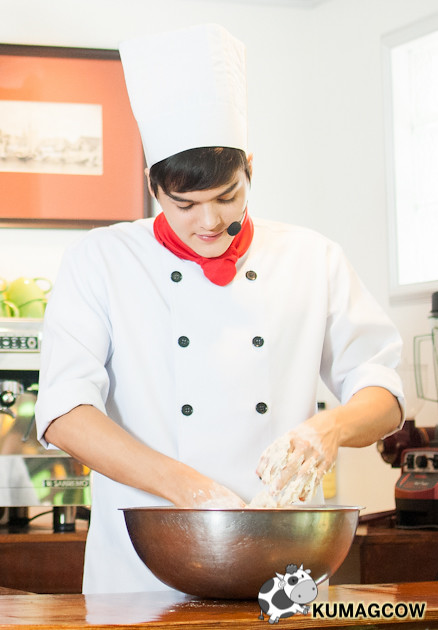 He got his hands dirty and made dough from Flour, Water, Yeast and a little salt. They also had butter, Sugar, creamed and mixed it up to form it in a ball. They let it rest and cut it into little pieces. Et voila! You have Mark Neumann's Pan De Sal! 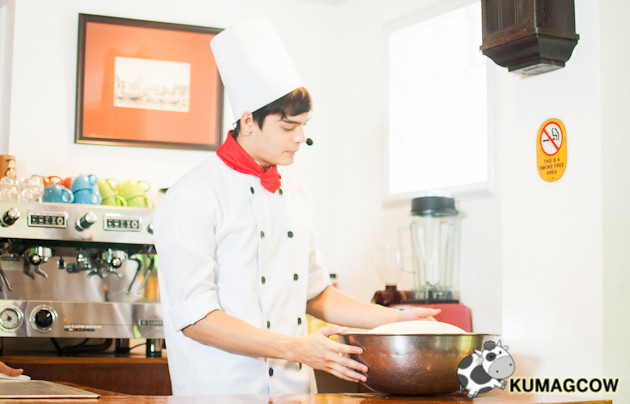 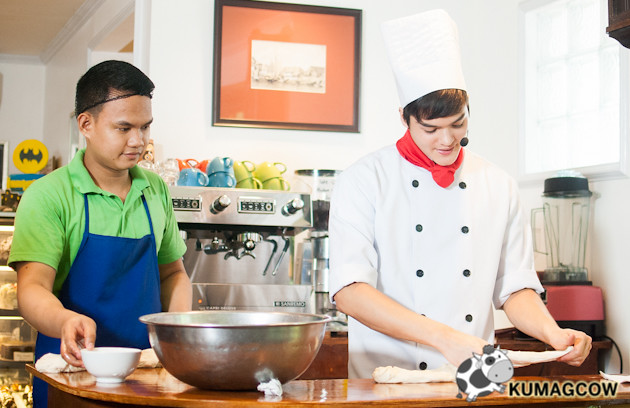 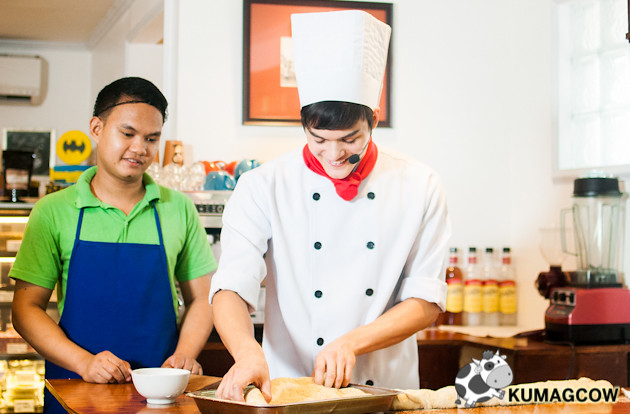 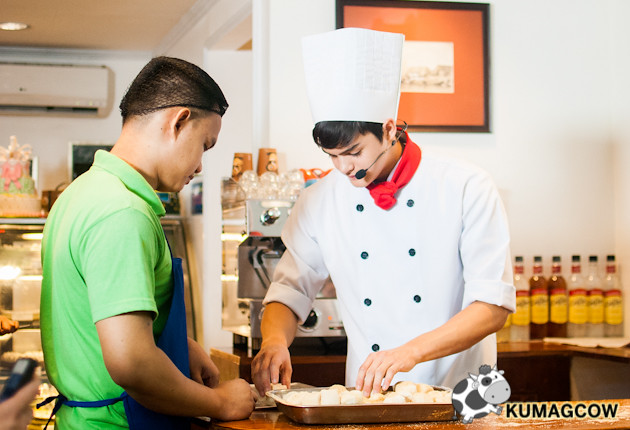 He was also very happy while doing it. He says that in order to make good bread, you must have passion, you must feel happy while doing it because once you bite into something that you make while you're sad, the customer will also feel that way too. You'll see them cry because it wasn't made for a good reason. This is something that you'll learn from the master bakers of Baker King. 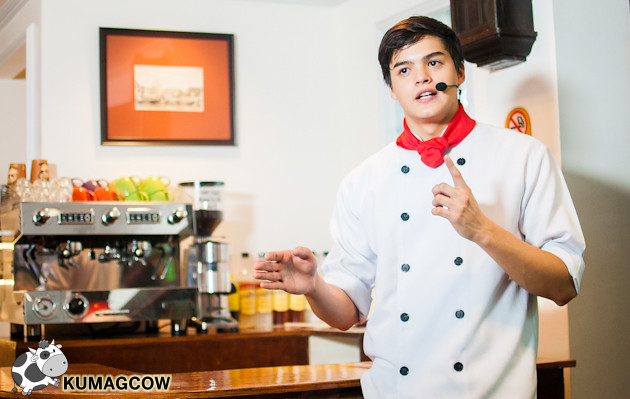 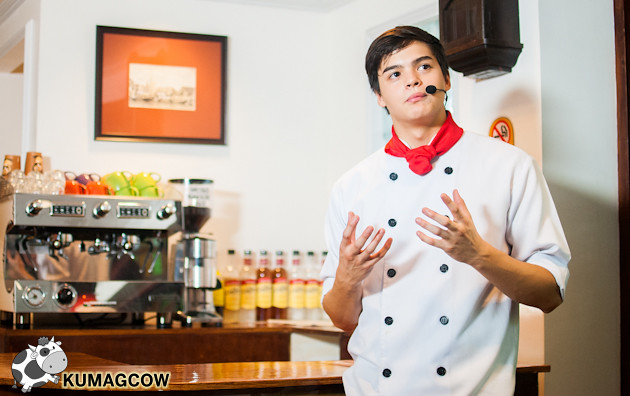 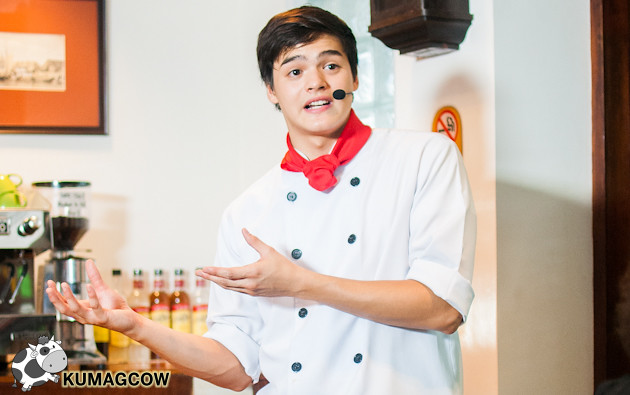 Oh and if you see weird stuff like how much the Korean culture is a bit respectful of the matriarchs, please understand that this is how it is in Korea. 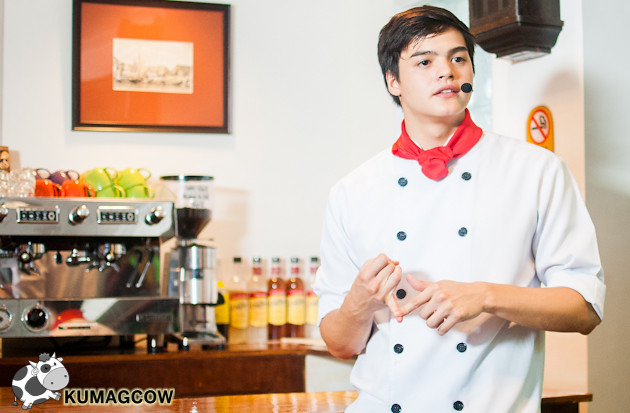 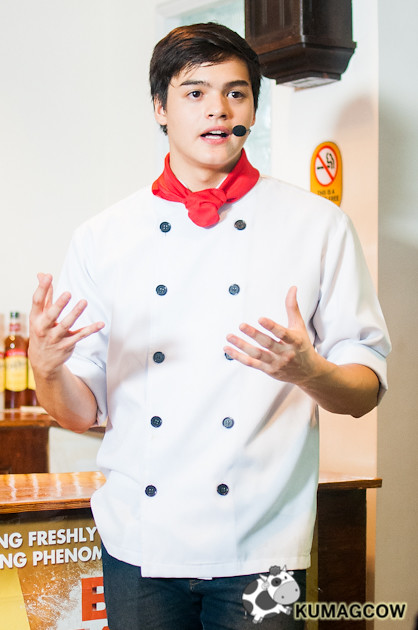 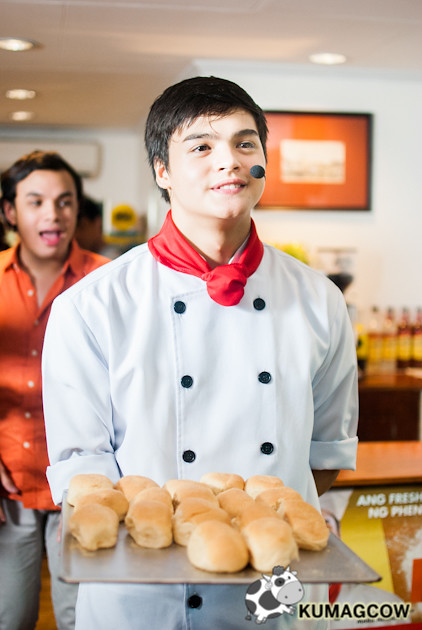 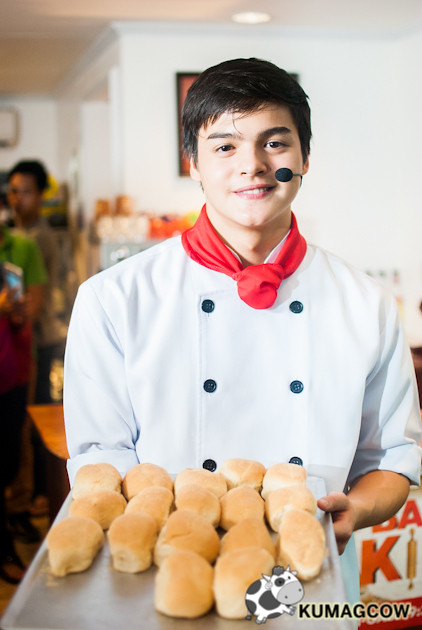 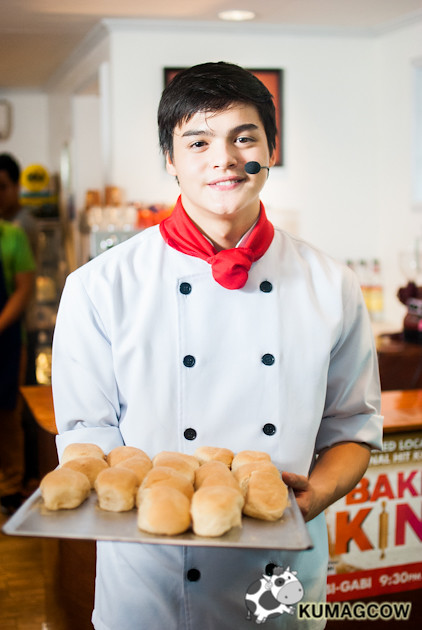 You'll see him bake, you'll see him fight, you'll see him love and be a responsible man in the end. Today would be a good time you follow his story as we watch Baker King Mondays to Fridays at 9:30 PM on the happiest network in the Philippines, TV5!