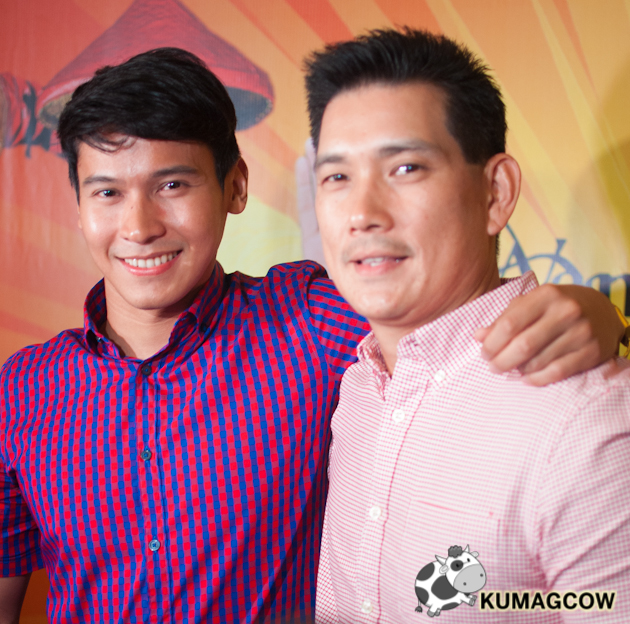 Seeing Enchong Dee and Sir Chief on TV is probably a dream for most of their fans. As you may understand, they haven't been on the boobtube for quite while and the notion of them being together in one project seems a little far fetched. ABSCBN probably thought of the Chinese lineage before they made arrangements to create a new Wansapanataym series for Richard and Enchong. This is entitled My Kung Fu Chinito and hearing them talk about it during the press launch, they seem really excited about it. 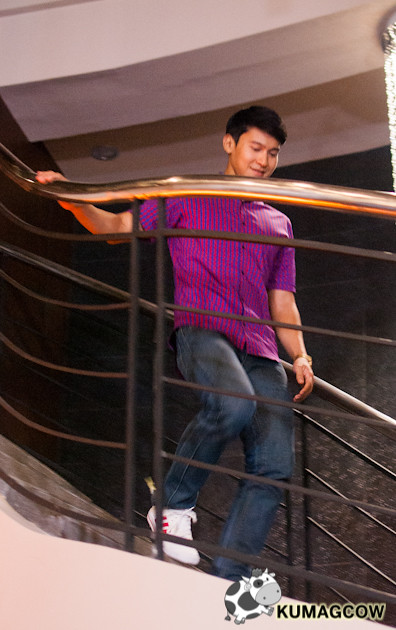 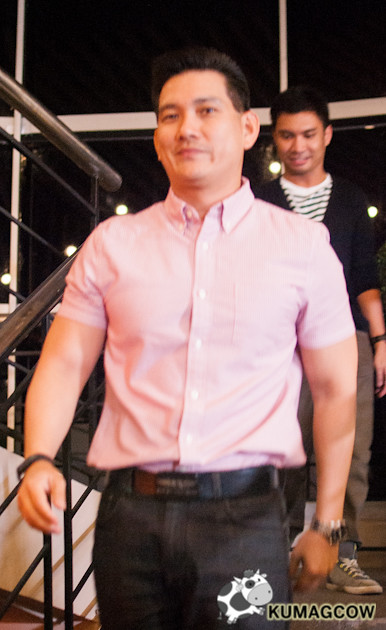 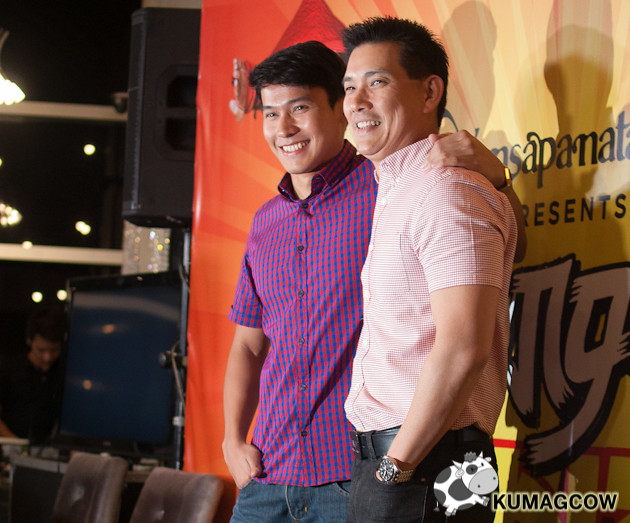 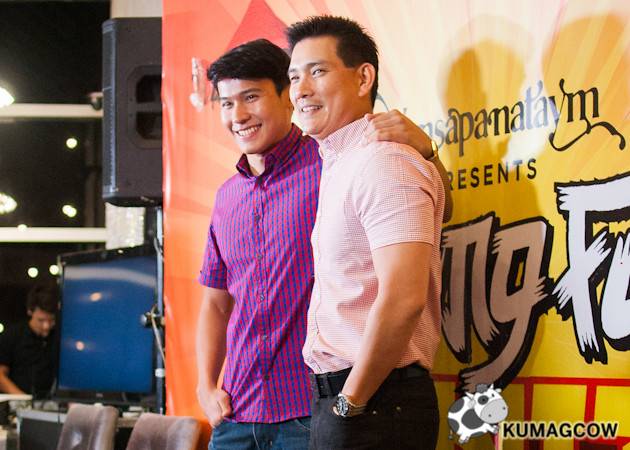 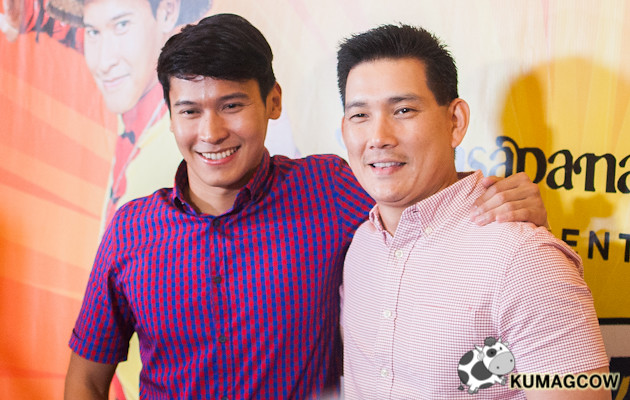 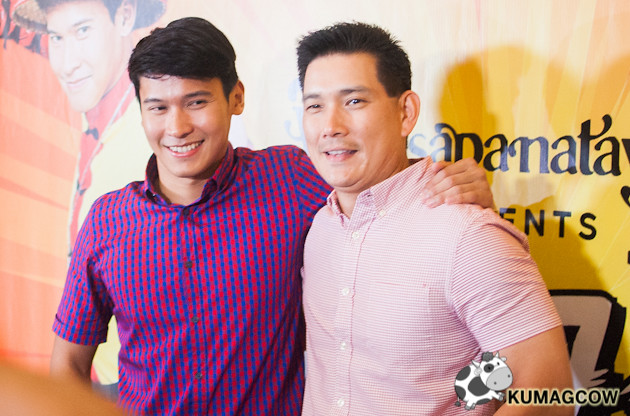 Dreamscape announced that Someone to watch Over Me will be put on hold because the queen of soap operas Judy Ann Santos Agoncillo is pregnant. That project is together with Richard Yap and he'll wait until she becomes able to do it again, in the meantime they will have another project with Richard Yap so he's going to be very busy in the next few months.

Richard knows how to do martial arts and Enchong had to train for it. Although he did some action scenes before, this would require him to fight and use harness. It was pretty hard to do this because they're jumping like superheroes. Wushu is Chinese Kung Fu, and they're pretty much going to do this along with the fantasy sequences according to the director. Almost 80 percent of the cast is Filipino Chinese. They made a casting just for this project. This is also the first time Richard is working with Enchong. Even if he doesn't know how to do Wushu, he seemed pretty great at it because he dances. So the flexing moves, it was easy for him. It looked even better on screen because he knows how to move. Enchong on the other hand mentions that Richard is a jokester on set, they laugh profusely before a scene and sometimes Enchong feels that people always takes Richard seriously when he is actually funny in real life. 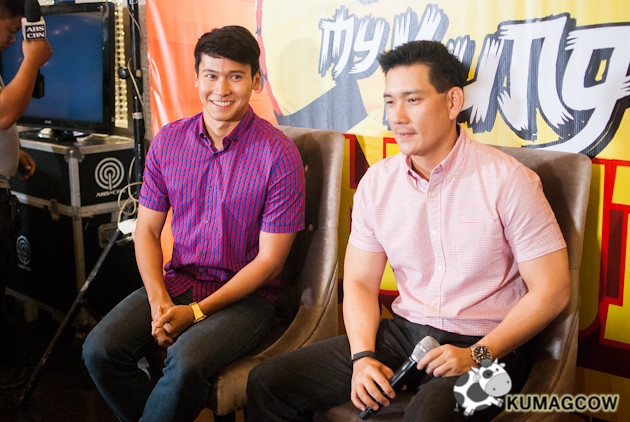 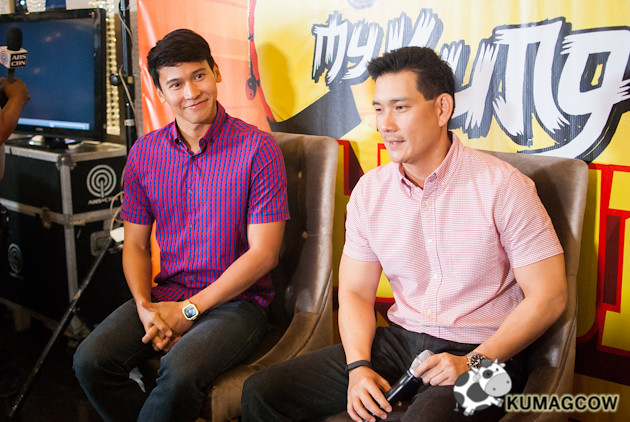 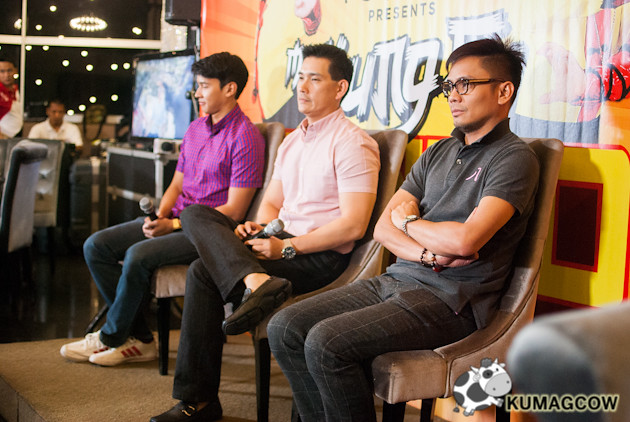 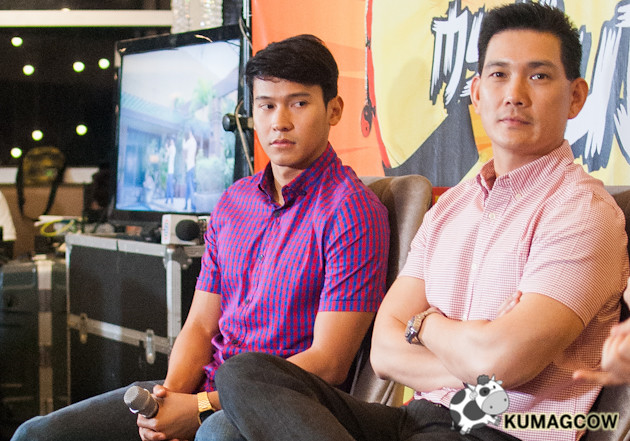 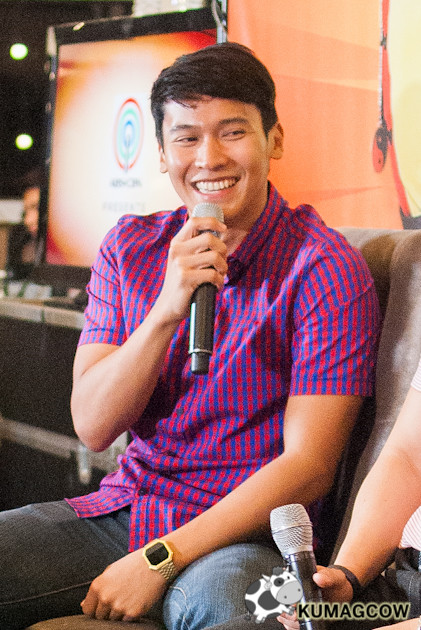 The story revolves around a matured super hero wanting to transfer his duties and responsibilities to a young man played by Enchong and he had to train hard so he could become one. Enchong also adds that he's not been able to appear that much on TV because he had to concentrate on his album which is now gold. In My Kung Fu Chinito, it's going to be a little dramatic in the next few months. You'll know and understand where he's going to come from because that's where the story is heading in the first few episodes. There is pressure to make this a good and be at par with Yamashita Treasures which had good ratings. This is going to be a little epic, grounded on reality and on a present time setup. You'll understand how these people become who they are before they divulge themselves as superheroes. Enchong wanted to be Lastikman once because people who have done it got immortalized and this is the same thing he wanted to happen with My Kung Fu  Chinito. Hopefully the future Kung Fu Chinito will have to own the medallion that he'll be receiving from Richard Yap in this show. The scenes are really hard, they also had to work even if they're hurt since the scenes are very hard to do as it's choreographed by David Chua, a professional stunt coordinator. 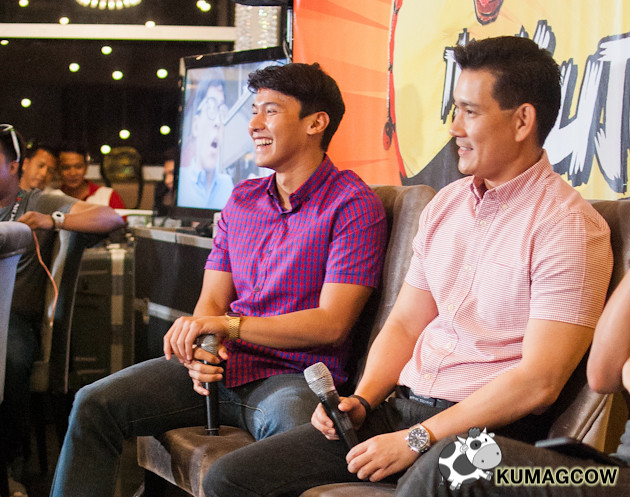 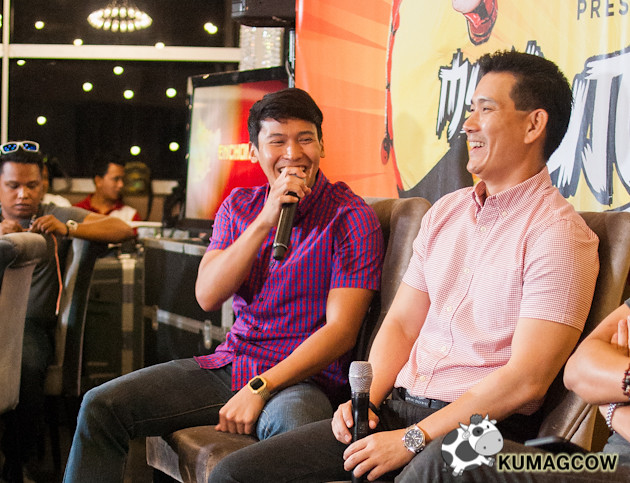 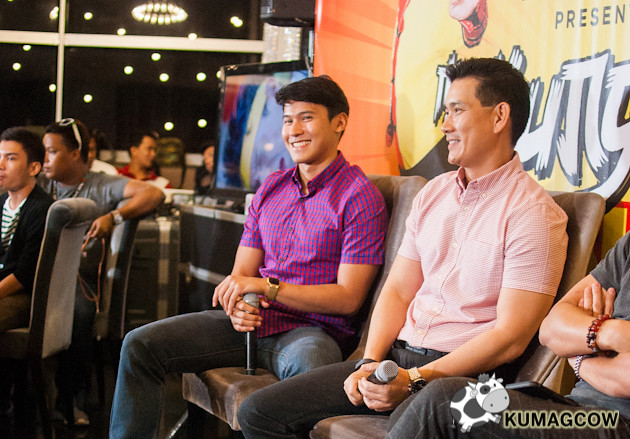 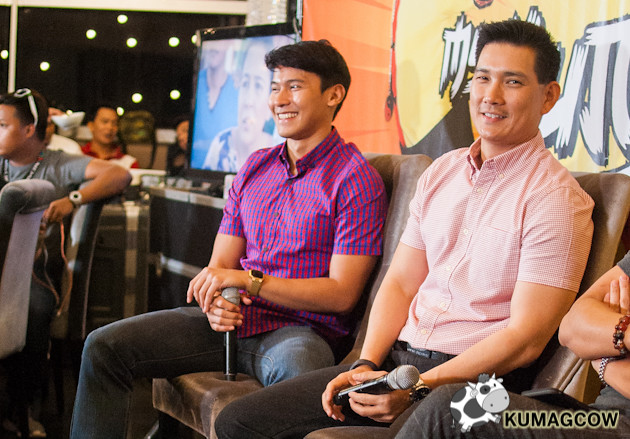 Ms. Mari Lamasan wrote the script and it's an original concept, this is directed by Erick Salud. They were initially doing a love story but since they needed to make a character out of it, they made it into something like a reluctant hero instead. They just followed how the story would evolve on the script, eventually they almost didn't need a love interest because the characters themselves already had a story to tell. You'll really love how My Kung Fu Chinito will turn out to be a well loved superhero, especially for the kids! Richard's character will also be bearing revenge while Enchong will be just loving the fact that he's going to be handling the responsibility of being an icon. He proudly says he wants to be one. He wants Kung Fu Chinito to be remembered like that. The director is also aware and very careful not to anger anyone in the Chinese community, and Richard Yap says most Filipino Chinese are not in agreement with what China is doing but it's really up to governments to talk. Rest assured, everything in the project is just feel good. Enchong added, My Kung Fu Chinito is also about bullying and how people should not do it for the wrong or right reasons. 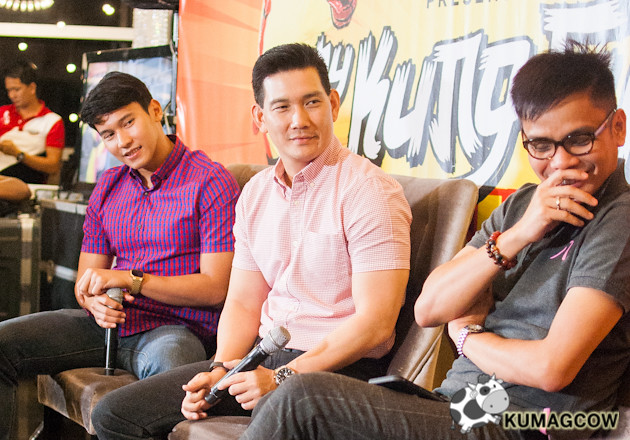 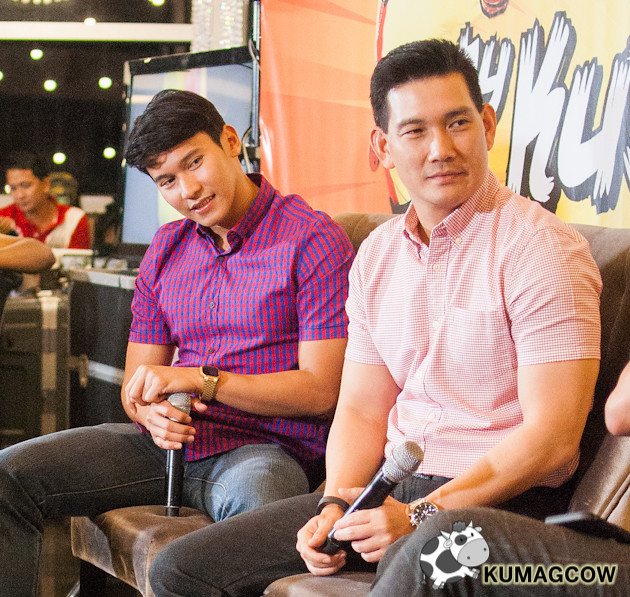 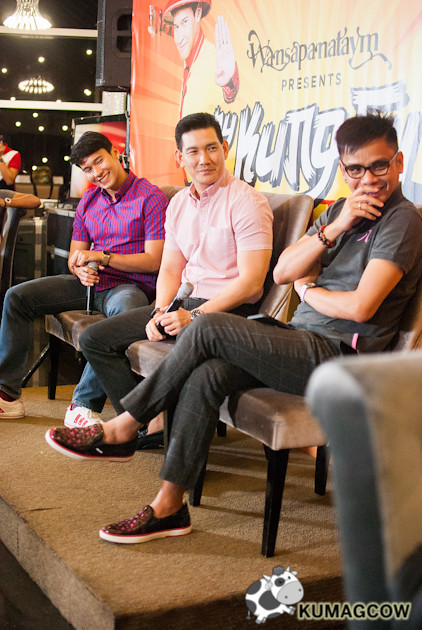 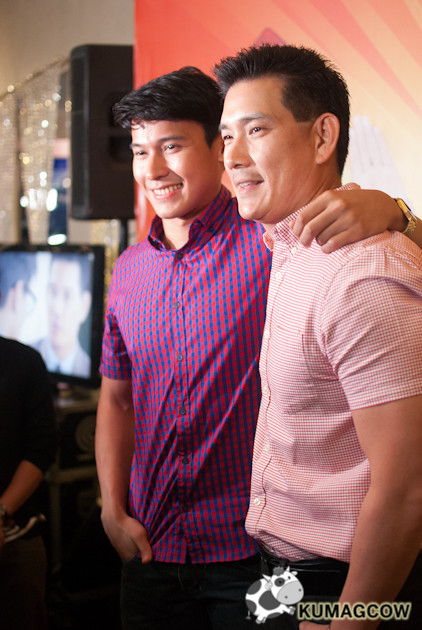 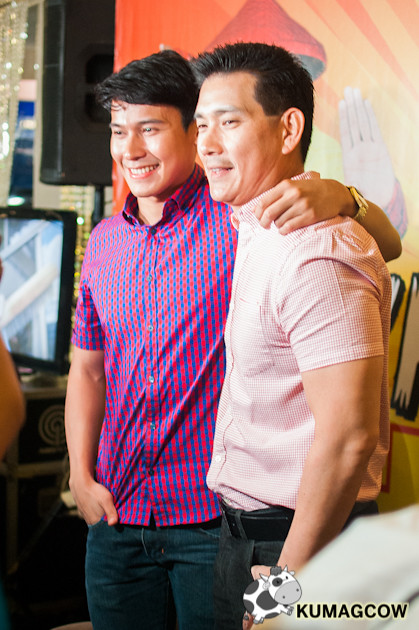 Wansapanataym Presents: My Kung Fu Chinito will be shown on ABSCBN this Sunday evening so watch out for it!