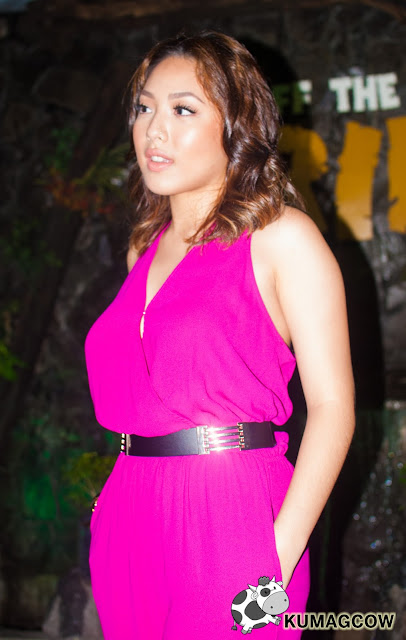 Rita Daniela has been one of the most promising artists in GMA's stable. I think people are actually missing a lot when they haven't heard her sing live or perform on stage. I have seen her do things that other singers could only try. Well she's not about to just let that dream fly, she's grabbing it by the tail and taking it head on today as she launches her newest video called "Flying High"!


Make sure you watch the music video on HD or the highest video setting possible. The danceable tune, the choreography, the little details of this shoot took her a whole day to finish as it was deemed impossible to do because of their tight schedules. With the help of her industry friends, Ms. Geleen Eugenio, Addlib Dancers and a ton of people behind the scenes, she has sought to make this a worthwhile thing to watch for those who love her music, and those of which are still discovering who she is as an artist. I must say, I was a little shocked that after the preview of this music video because instead of me asking questions, Rita went ahead and asked us what we thought of it and what we generally felt after seeing it. I told her one honest remark and I think she was actually glad to hear it from me. I told her the video didn't look cheap, while the rest of us agreed that it also had certain parts that you could compare with international artists like J.Lo or Rihanna. The choreography also seemed to have been designed to make it easy for everybody else to follow, something that has promise to be viral in the next coming weeks. 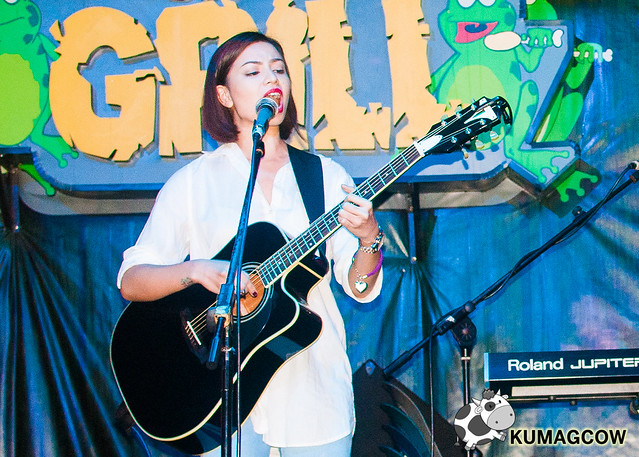 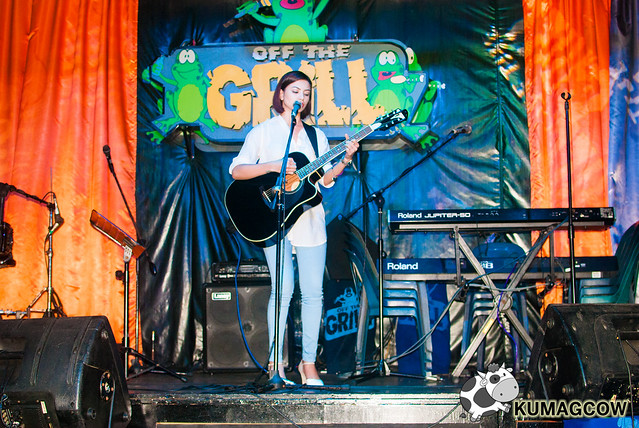 To show their support for Rita Daniela, Glaiza De Castro sang songs from her album Synthesis plus a couple more on stage to the delight of Rita's fans. Glaiza was awesome, she wished Rita to continue doing what she's doing and said she's happy for what she's accomplished after launching her self titled album. 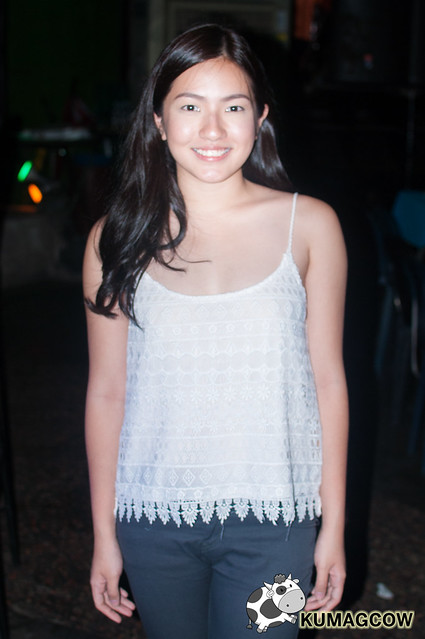 Rita was jeering on the sidelines and asked best friend Joyce Ching to sing on stage plus do a couple of her antics. She's funny, a very charming girl and wishes her best friend all the best in launching her newest video. Here's her performance that evening. 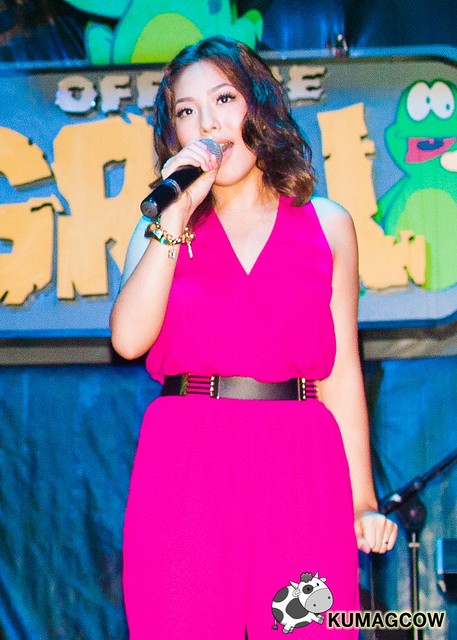 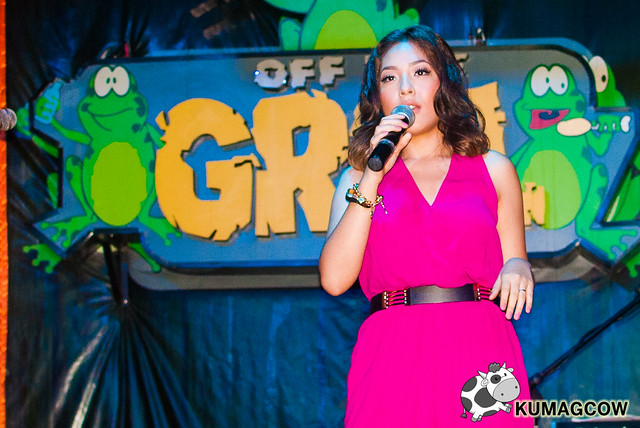 Rita says "The reason why we took Tita Geleen as a choreographer is because people can catch up with the steps. The sound is a little classy, and she took the choreography to an achievable state that can be easily done by a lot of people. This is my style, and I want this to be a start of something revolutionary. Even if we've a lot of people would fancy tunes that are loved by the masses, I want my music to start a new tune here in the Philippines. My stylist is JP Dizon, he also dressed me today. He's the same person who dresses Marian and the pieces in the video are really good. I hope you liked them. I talked to him and asked to be sexy, class but light... I wanted something fun and people might not enjoy it that much, so I really asked specifically for that. When I was a kid, the only thing I wanted to do is dance, I grew up with my Mom who's also a Wea dancer. So every bonding time we had at home includes dancing, and I did dream of one day if I get the chance to sing, I get to dance as well. I wanted to share that same talent to others. I already know the second single but it's going to be a secret, but we've got a director and we're just finishing a few details. I'm still excited about this new video though. I know, some of the songs in album are somehow a little hurtful - but it means a lot, and it comes from different angles." 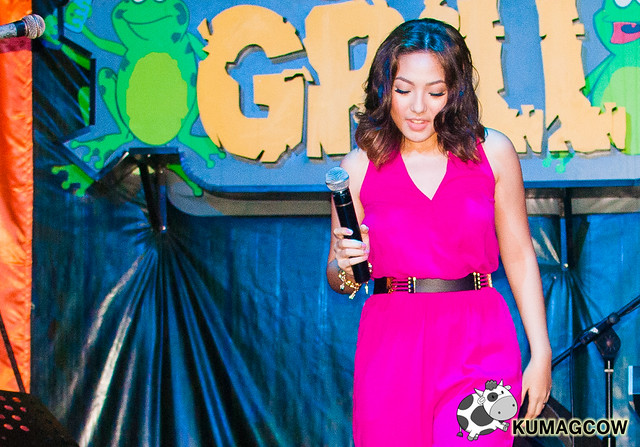 She adds "I thought of certain things in the music video that also highlighted some of the dancers, I didn't want it to become just me, me and me on the shots. People thought that this is somehow a little KPOP but I think it's just my features, we didn't intend to have it look that way. This was supposed to be done a long time ago, but it's all worth the wait. Shooting music videos usually take 2-3 days but we did it in 1 and we were dead tired, yet we finished it all. I'm so proud about the people who worked with us during the shoot, and the end product was worth it. I am not yet sure if this is going to be a series of shows, and I hope GMA would be able to help me do this elsewhere like mall shows and other GMA programs."


Here's Rita singing Flying High live on Off The Grill in Timog Avenue, Quezon City who hosted our dinner. Thank you so much for the awesome food Off the Grill!


Please don't forget to get a copy of her self titled album "Rita Daniela" available at all major record bars and stores. This is also produced by GMA Records. Congratulations Rita! Hope this goes all the way up the charts real soon! Vote for it on MYX by the way, she's already getting there!

http://gmanetwork.com/artistcenter
Posted by John Bueno at 11:00 AM