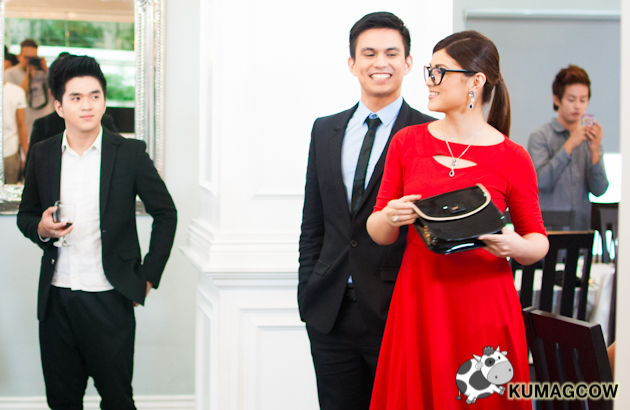 We had the chance to visit the set of No Boyfriend Since Birth, a film that brings together one of the most successful pairs in public TV Tom Rodriguez and Carla Abellana. TomCar has been able to transcend their past show together with Dennis Trillo and made MHL a common thing in Filipino homes, then made a film together last 2014 for So It's You. The team up today would make the same audience, the same thirsty romcom deprived people a little serving of Tom and Carla again. This is directed by Jose Javier Reyes and we also talked to him before the shoot. 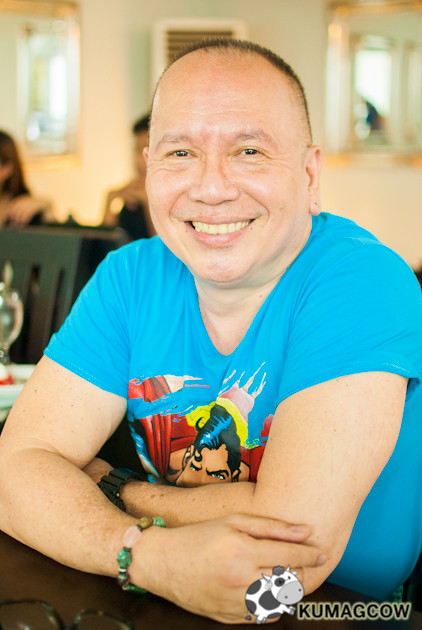 Direk Joey says "I have students who are with me in this shoot, I'm passing on the torch to hopefully an even better generation. The story of this movie is about a girl who's obsessed about the guy she fell in love with in high school, whom she hoped is the guy that was named on a fortune telling session. She hoped it was Carlo, but when the guy came back there were just so many things that made it complicated. It's basically a comedy but we're deviating with something like a Wattpad story. It's going to be more simple. I worked with Carla in Somebody to Love and the most logical choice for the partner is Tom. It's been a while with Regal and this is a good comeback. Mike Tan will be like a third wheel, Bangs Garcia too. It tells about falling in love when you want to, when you had to but it won't work. Regal is trying to do something like Cinemalaya but for now they're thrust is working with young and promising directors. I'm line producing a lot of movies by other people, though not big budgeted, we're making them mainstream. There are so many successful ones now and hopefully we can give them a chance. We're also giving chances to new actors, because talents nowadays are so hard to find. They're lucky to last 5 years. 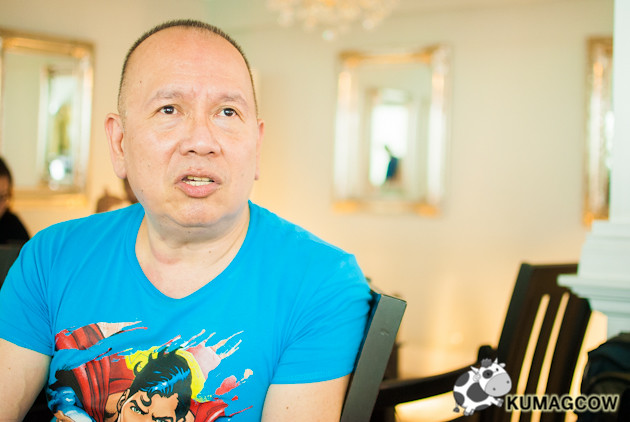 In new breeds JM De Guzman is very promising although he was really very experienced already, Liza Soberano too, I may not be able to direct her but she's the next big thing. I love her face. Among the really new ones, I really believe in them. I'm back to teaching and back to La Salle, I'm doing a lot of things and I'm doing things that I want to do. Regal gives me independence and make new Directors, it's something that I wanted to do for a long time. I'm doing this for the new generation. It's an apprenticeship now but they decided to stay. No matter how many classes they take, it's different here. I even have my Assistant Director come from UP, there are really good ones there and I really encourage kids, if this is what they like I fully support them. This film will be released in September I don't know the next one but there are a few more that I'm going to do for Regal Films. I don't want to do MMFF anymore because it's commercial and you really have to battle with big studios there. Promo needs it. I loved the part where English Only Please because a blockbuster, it's not a great film but it's different and you offer something new and true with artsits like Jennelyn and Derek, I'm so happy for them. Also for That Thing Called Tadhana where the talents really shined." 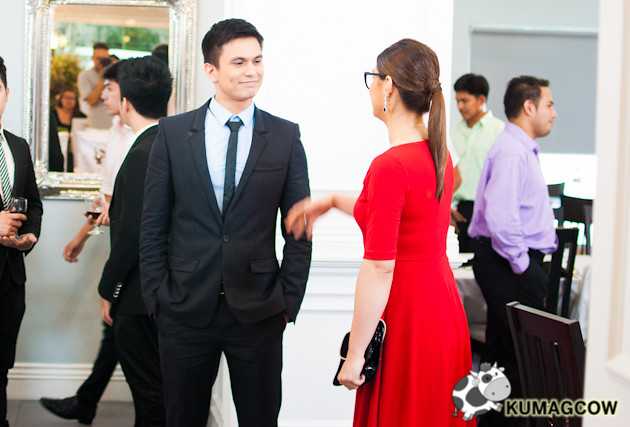 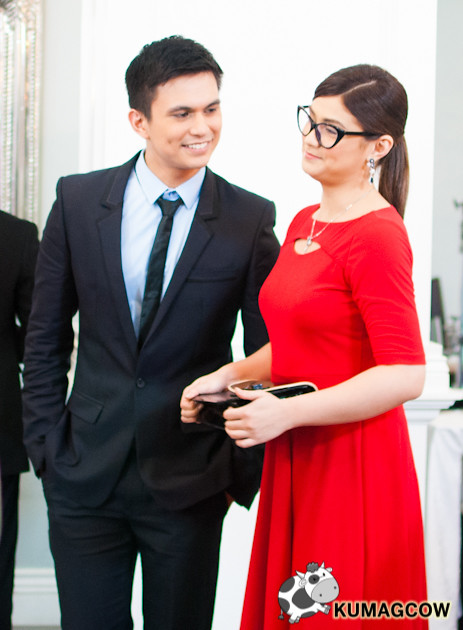 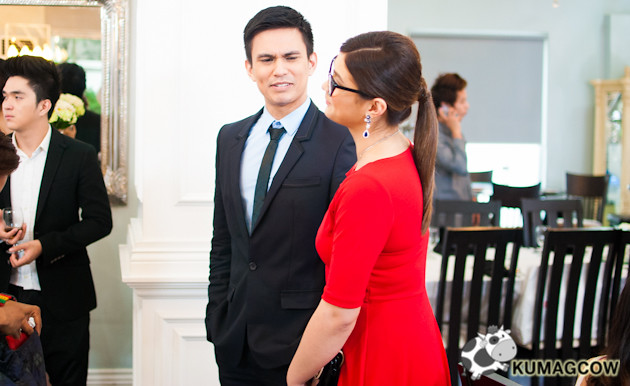 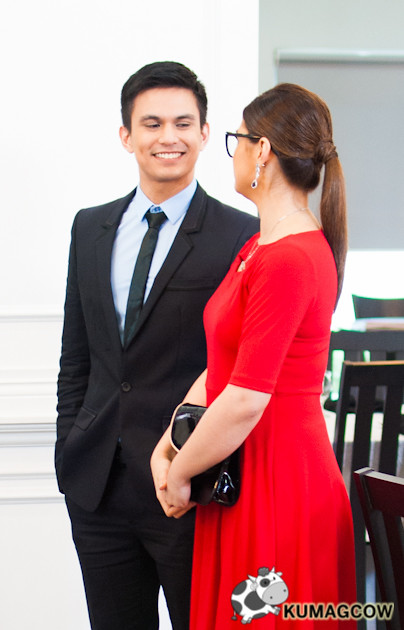 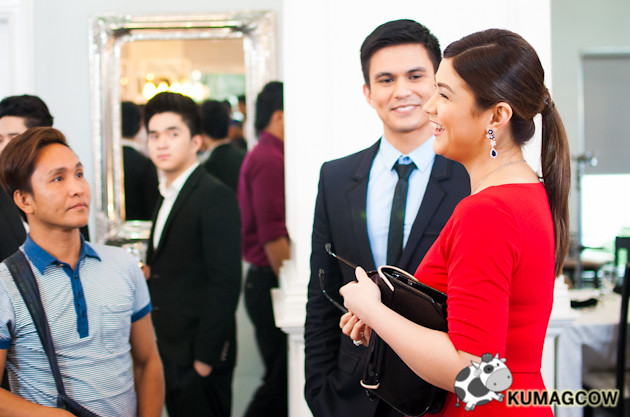 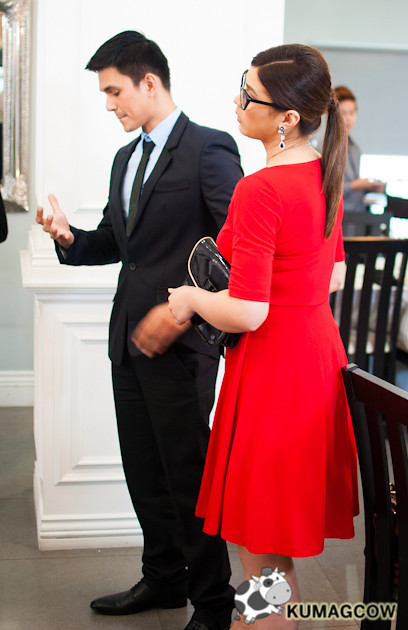 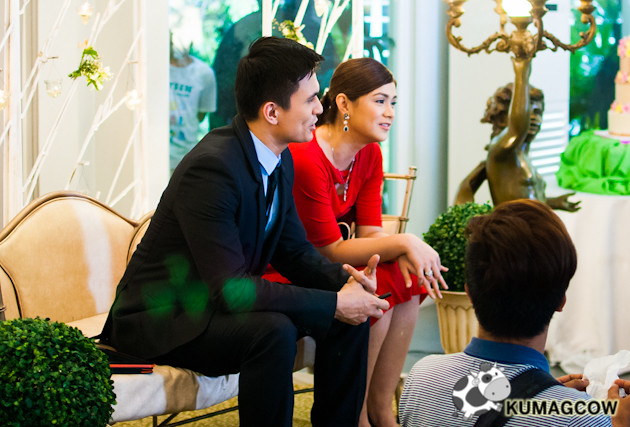 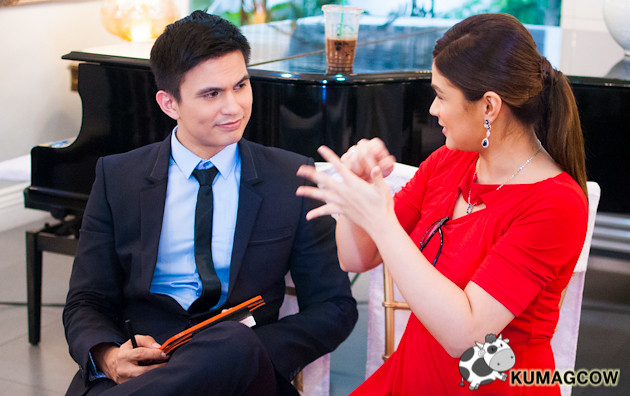 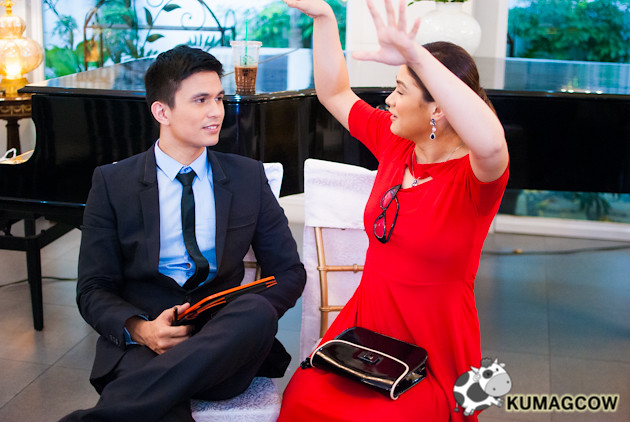 When we sat down with them Carla Abellana said "We worked together for My Destiny last year but the movie, it's been a year. I believe it's very well known what NBSB means. I was 18 when I had my first boyfriend, every relationship was a chapter in my life, there's bitterness and sadness, there's always hurt and paint. The similarities between Carla and Carina is being hardworking, Carina on the other hand was just too expecting, I won't be like that. I listen a lot to Direk Joey because I know what demands he has for the character. She's a workaholic, young and determined wedding planner. She's got frustrations, I couldn't put down the script because I was always laughing alone and people were looking at me. It's that good and exciting. It's very fun. This scene is Carlo's brothers wedding. Carlo's ex ended up with his brother so you know it's awkward. There's a lot more into this story and you'll be feeling good after you leave the theaters, that I assure you. " 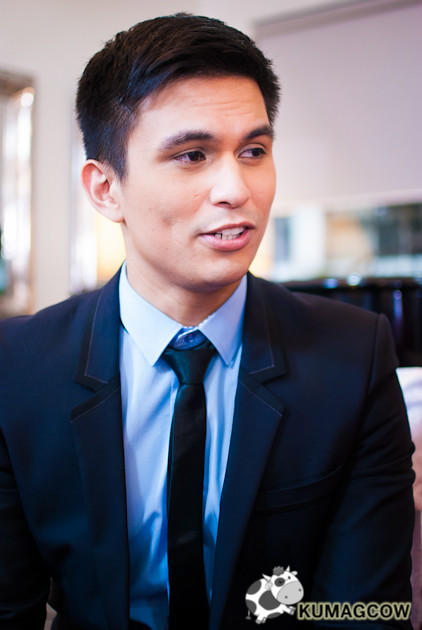 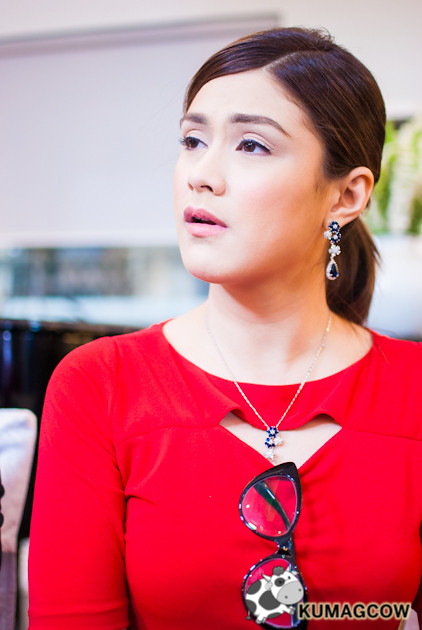 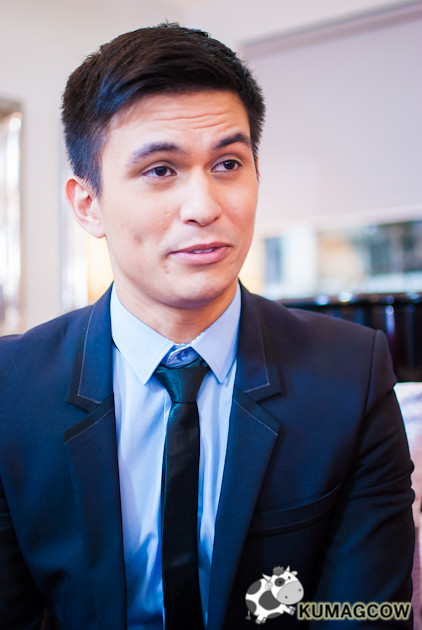 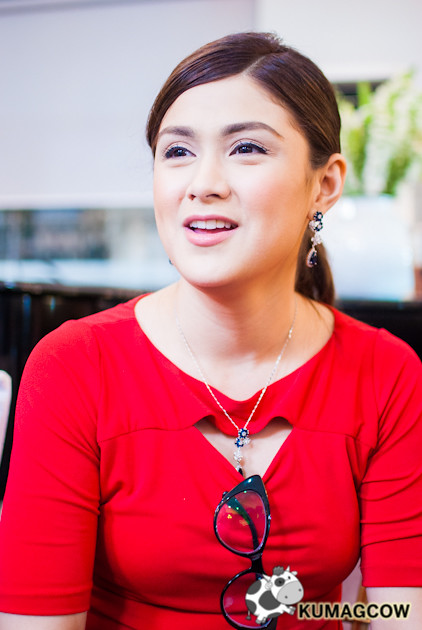 Tom on the other hand said "Here, I'm Carlo Mercado, I was medical student then but wanted to always be a photographer. I was Mr. Popular, a little cocky, attention of girls back in high school made him that way. He is funny but we haven't done much of it yet but it's something that a matured guy would probably do. I can relate to him, it's not love at first sight (the relationship with Carina), you always have to take a second look. He went to Canada and made his own adventures, sometimes it's a platonic thing in a different time. It happens in real life and friends find out that there's something there. People build from there, from a seatmate, to friendship, then to a relationship. I've seen unconventional things happen, and he understands it. That's what make this character very interesting and hopefully people would come to enjoy it when it shows in theaters soon!" 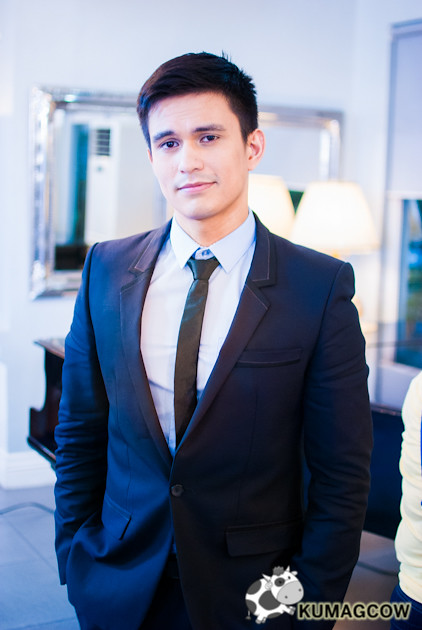 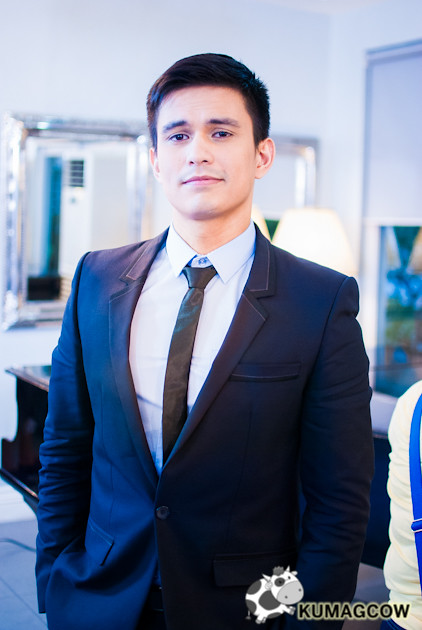 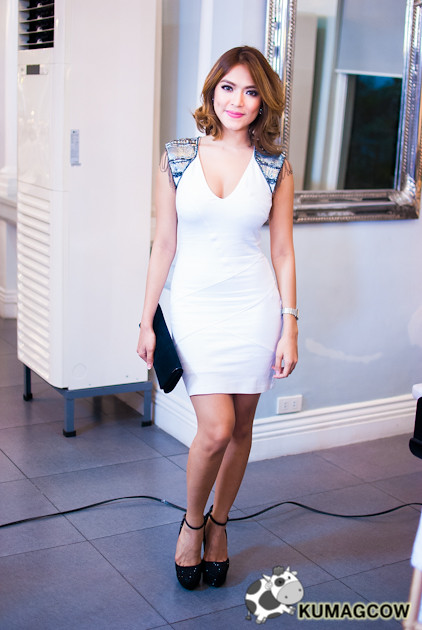 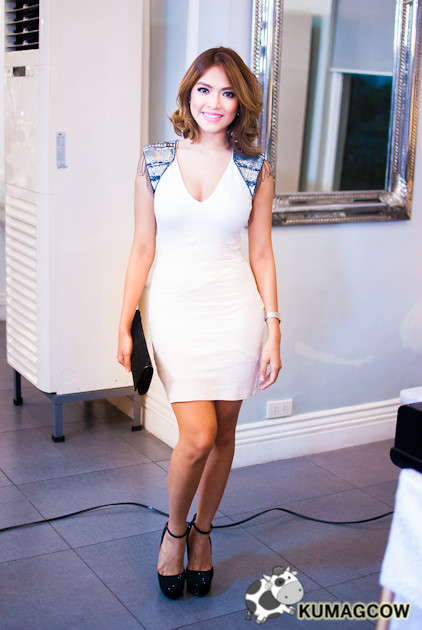 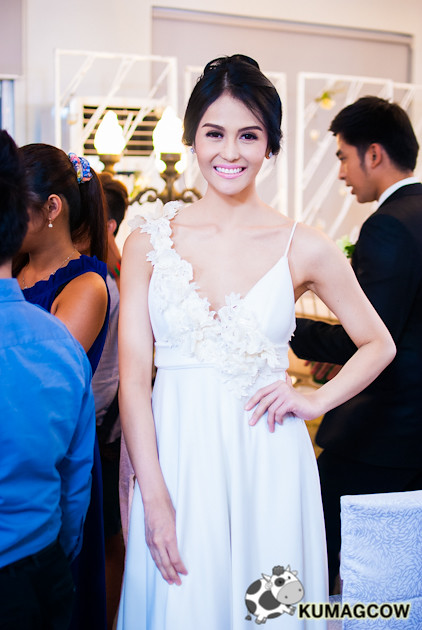 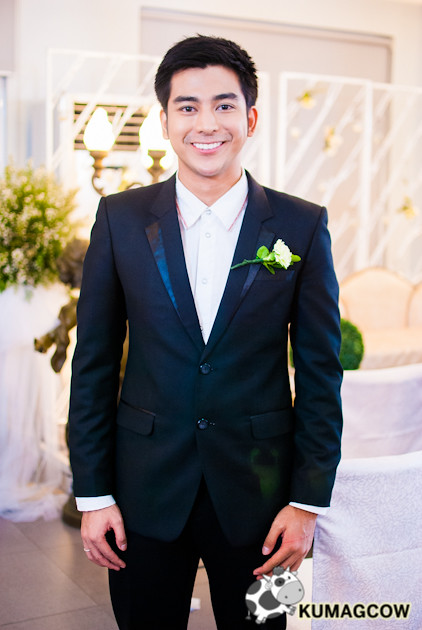 No Boyfriend Since Birth is written by Noreen Capili and this is produced by Regal Films. I hope people would appreciate this new TomCar pairing, they're cute together. Showing very soon!