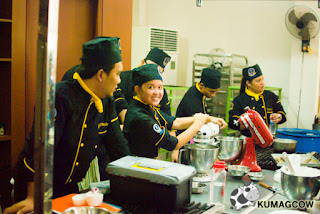 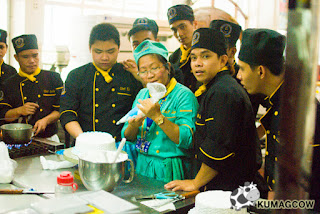 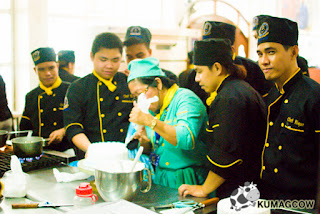 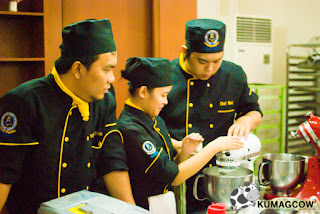 We went all the way to GMA Cavite at CLICKS (Chef Logro Institute of Culinary and Kitchen Services) to visit the main man himself Chef Boy Logro. It was his birthday, and in order to celebrate it, GMA Artist Center arranged a full blown dessert contest designed to use one of Chef Boy Logro's sponsors Angel Kremdensada. 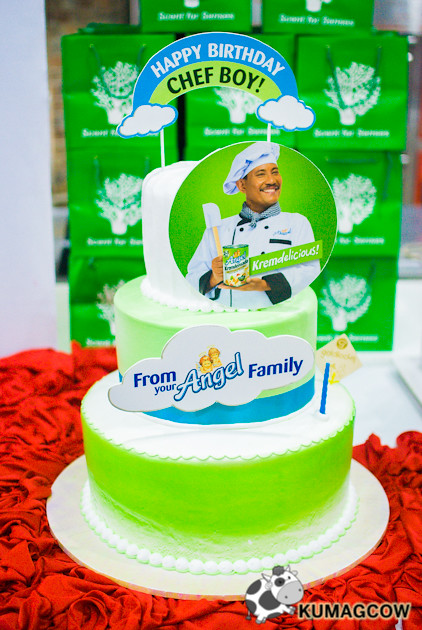 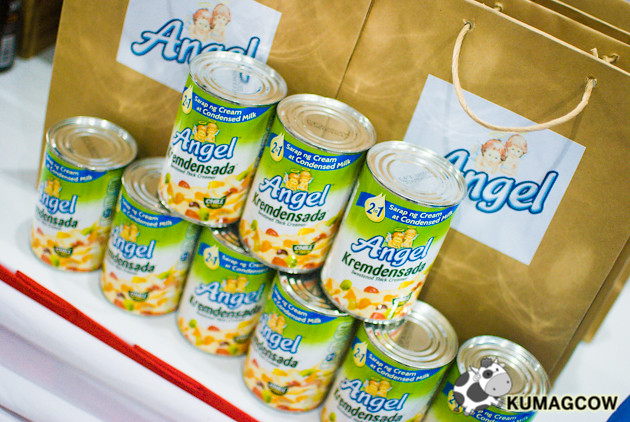 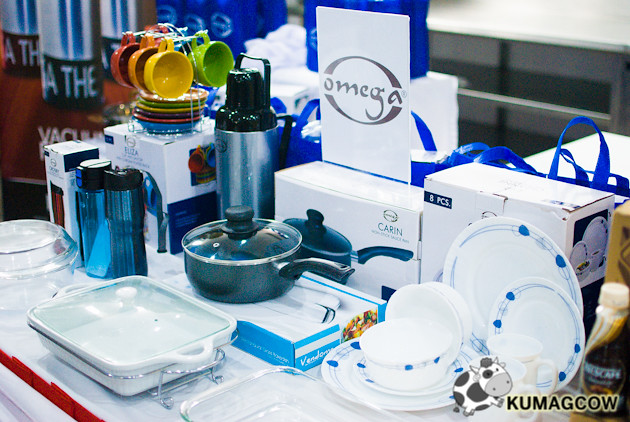 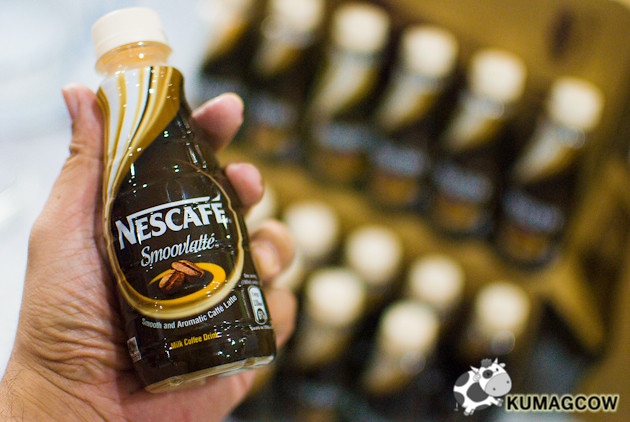 We've seen the school too and for starters, I felt like the institute would be something that all HRM or food technology professionals could well benefit from because they teach practical cooking, to ultimately be an all around chef like Chef Boy. It's also tasked to teach NCII by the government office of TESDA. In a nutshell, I even wanted to enroll in this school. Chef Boy Logro has this one in GMA Cavite but he's also a larger one in Davao in which he's planning to put up a university to cater to that, farming and hospitality training. The property is around 50 hectares and it's already operating... plus he's got big plans for it soon.

I always thought Chef Boy Logro was just the jolly guy on TV but I didn't know how he became one of the most prolific and respected Chefs in the Philippines. I bet most of you didn't know that he's the first Filipino Head Chef that was hired by the Diamond Hotel group in the Philippines, some of you might know the part where he also served for royalty in the middle east. He has worked all the way up and admits he started by being a janitor, dishwasher, and only finished elementary school. He didn't make those things a hindrance, he learned from the masters in France, learned cooking from different institutions as he was allowed to do so by the palace so he could do it there for them too. This was the part where he also learned different languages, remember Marian Rivera's guesting on his show where he spoke Spanish? He could also speak Japanese and others because he spent years traveling and learning from the best. 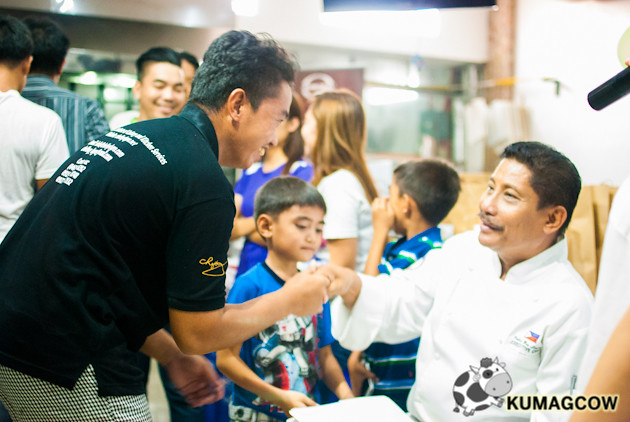 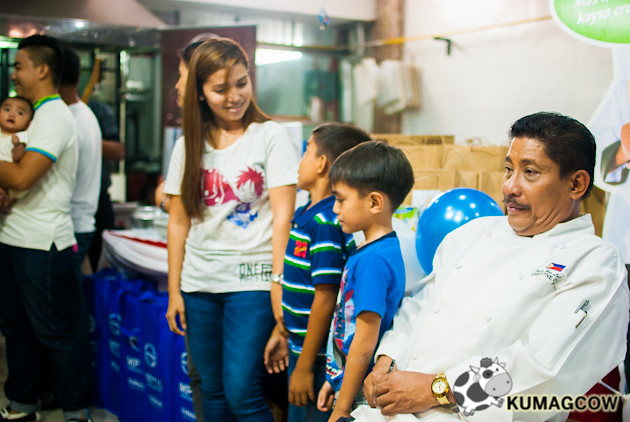 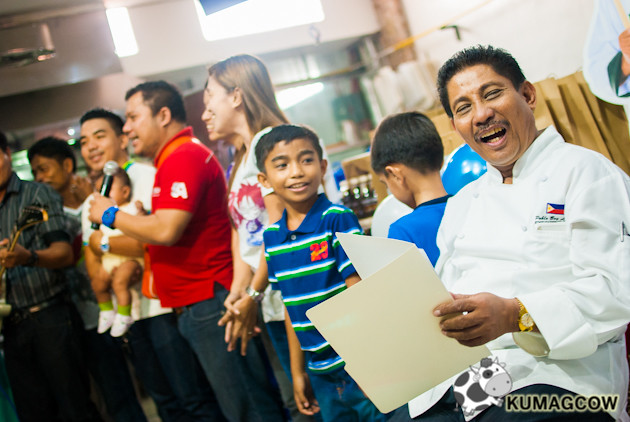 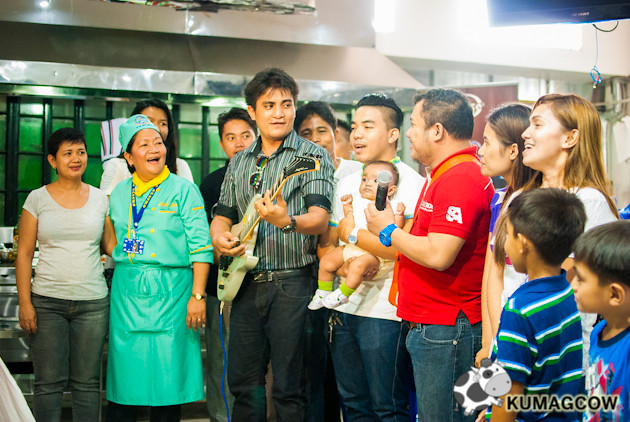 He worked in the Diamond Hotel group and made tons of changes there. The Japanese trusted him that much and the place is still one of the best hotels in the Philippines. Now he's working in GMA, has got tons of endorsements and you would think he'll be just sitting around and watch his empire grow but no, he's still working left and right. During the celebrations I think I know why he's still working hard, it's because of his family. Not just the immediate ones, he's got relatives that he chose to support all these years. They surprised him during the event with heartfelt messages and a song! Chef Boy was very emotional at that time because some of the persons he helped went in and thanked him publicly. His staff and students at the institute also made cakes during the event. 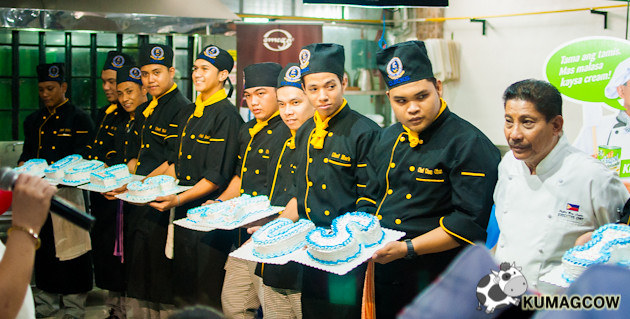 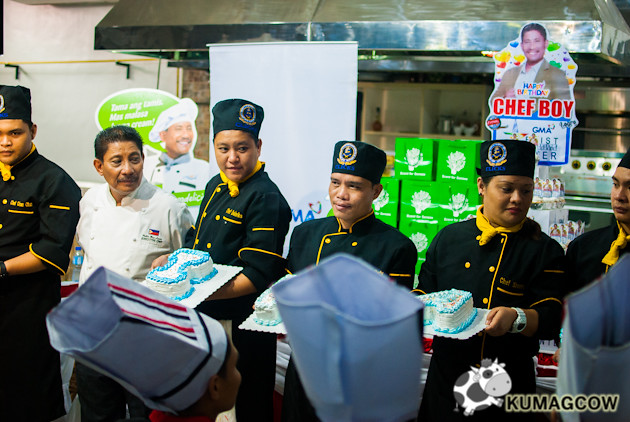 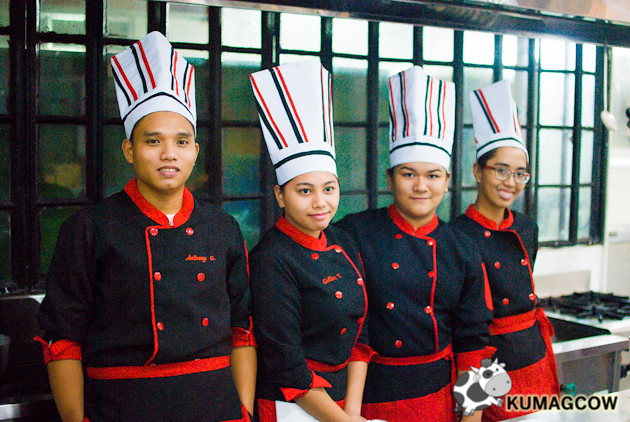 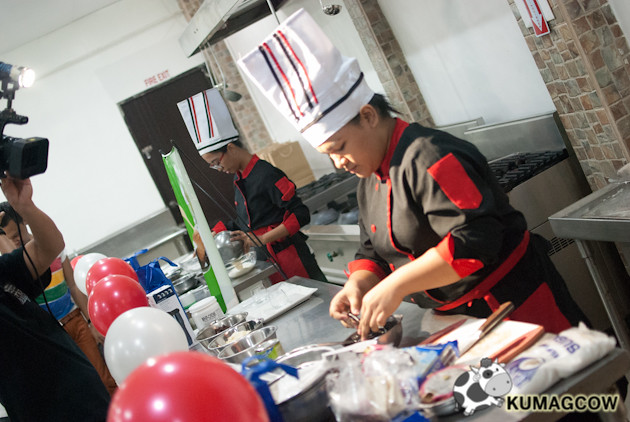 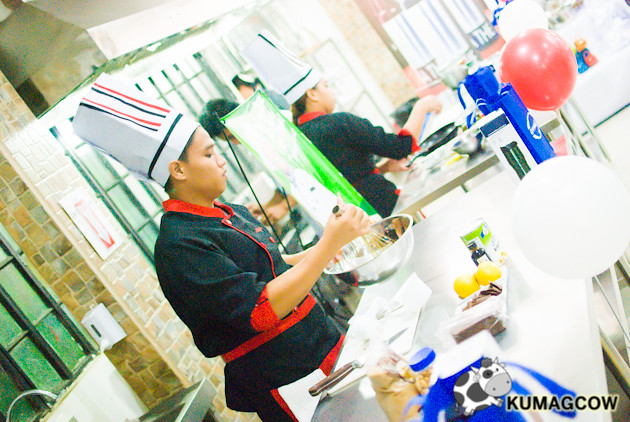 Then during the competition, they got 4 outstanding students from Cavite State University to do their favorite dessert recipes using the Angel Kremdensada products. Some are native, some are western, but the one that won was very simple and executed fine. It has cream cheese mixed with Angel Kremdensada on it, blueberry syrup and a couple of crepes. It wasn't too sweet. The sweet, tangy and salty contrast worked quite fine so I think that's something that the judges actually liked about it. 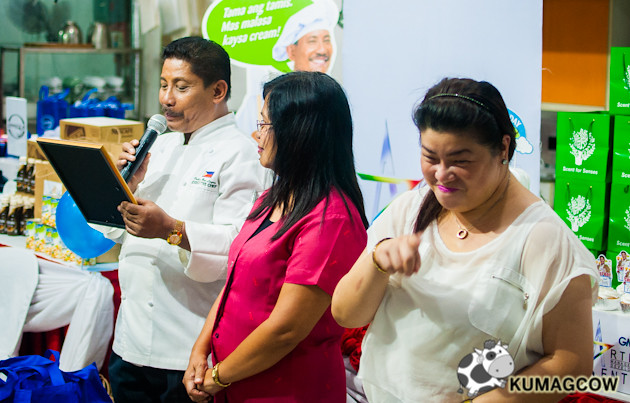 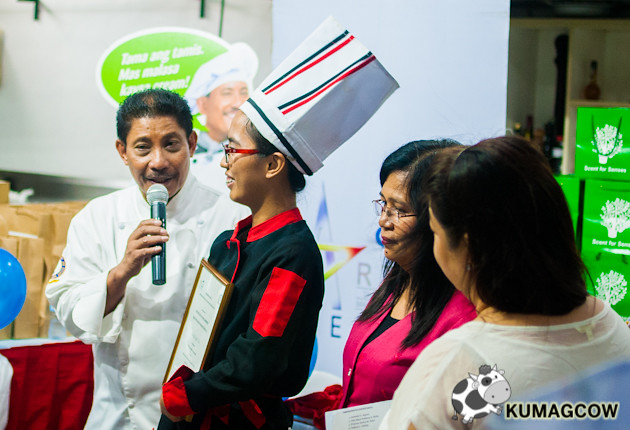 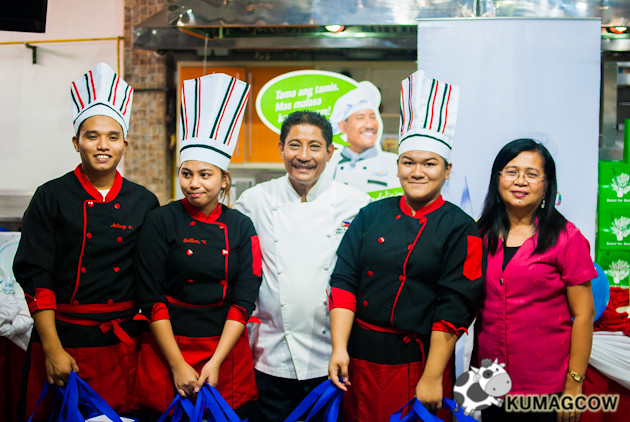 The girl in glasses won and of course, they didn't go home empty handed as they were also given Angel Kremdensada products and various Omega kitchen and dining ware. Aside from that, they just announced that the winner would actually be getting a full scholarship in CLICKS, Chef Boy Logro's school. He says that he always gets 2 scholars for every batch (worth 80K each) so as he could help underprivileged individuals. Chef Boy Logro is sharing everything with his family, his loved ones, and the community. He's different from the guy on TV that we all adored, he is definitely inspiring. Happy birthday Chef Boy Logro! Please know we're all proud of you!