We saw a very enthusiastic Richard Gutierrez yesterday during the KISPinoy blogcon at JET 7 Bistro in Timog Avenue Quezon City. KISPinoy is the newest reality search that's going to make KPOP hopefuls in the country's dream come true. KISPinoy stands for KPOP Idol Search Pinoy edition and it's going to start this Saturday at 9PM on the happiest network in the country, TV5. 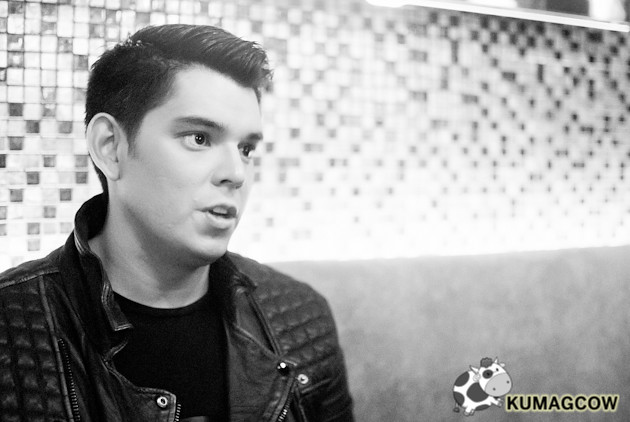 We sat down for an interview with Richard and he says "It's the first and the biggest KPOP search in the country and we're airing this Saturday already. It's the first of it's kind, it's the first time also that I'm hosting one and this is very specific for KPOP. The winner of this competition will be managed, will have a contract, plus be trained in Korea aside from receiving 1 Million pesos. It's a different kind of show and we also have Korean producers and artists as judges of the show. I'm a fan of talent search shows and since it's the first time that I'm going to do this, it's an addition to my resume. It caters to a younger audience, you know, the KPOP fans and they're planning to show this in Korea hence a very global appeal to it which is one of the reasons I accepted it. Before I did accept it, I'm aware that it's a big industry and I know how they do things in Korea is similar to Hollywood. I'm not much a big fan but I know a few people like Rain since I did his character in Full House, 2NE1, UKISS, Big Bang, I've done my research I guess. The initial stage of auditions was done in SM Malls and they chose the top 150, then after they performed they cut it down to 20. Out of these 20 hopefuls, they'll trim it down to the top 5 and have them sent to Korea for training. They'll have the chance to be there and be trained, create their own music video and the opportunity to be signed there. It'll be very big especially for the grand winner. It's different, there's no real qualification as long as you can perform and connect with the audience and I think the judges choose performers that are talented but can connect, mostly people with personalities. I'm the person they talk to before and after they perform. People from all walks of life, all of whom are very talented, some sad stories, some are funny and very confident, I've seen them all. I'm on their side actually." 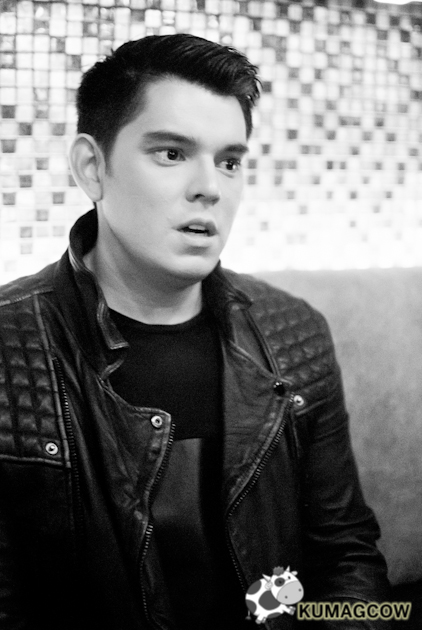 "Jinri Park has always been very bubbly and happy. She knows how big KPOP is in Korea and I even ask her about it, about food too. Hosting wise, she's like the paparazzi and she's there with the auditionees before they even meet me. She's part of the whole show but I'm not sure she's going to Korea with us, hopefully. I've consulted different people, even KPOP stars and they said I don't have to change my style. I'm going to host the way I do. It's going to be the ones doing the auditions who are probably going to have to make that look count. As for being freelance, I'm very happy where I am right now both in my work life and my personal life. I may not have been as busy as before but I'm happy that I am able to work with different stations  and it gives me more freedom... it makes me able to choose the right projects, I also get to choose the time so I'm very happy right now.

This show is lighter, it's not too intense, it's about entertaining your audience and I love to watch how these contestants would grow. The ability to also connect with them is great. I've seen some great talents, and out of the 150 people, there are really good ones. These are individuals but we're going to put them in challenges on how to adapt in a group and how they interact and perform. That's how they do it in Korea too so you get to see the dynamics of the talent. With the ones that I've seen, they know how to perform and dance in Korean. It's not just about one or the other, it's an overall thing plus their personality. This show will cater to KPOP fanatics but it will also show those who don't that they're going to be amazed at how much work is put in just to perform this way. They'll see a different perspective because they'll see the training that's involved in this show. The class of entertainment too is another thing, they'll see all that in KISPinoy." 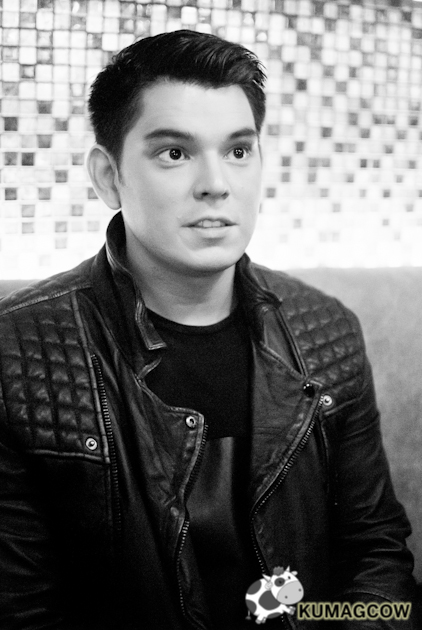 "Confirmed judges are Kevin Woo from UKISS, plus a lot of very notable KPOP Producers. They all flew in just to judge for the show. Those are just initial judging but there's going to be more especially when it's going to be for the top 5. We haven't reached that point yet but there's surely going to be big KPOP stars on the show. They already confirmed. I met them, also UKISS, they're really nice people but we couldn't connect to all of them because only a few could speak in English but I could tell they're very professional and they know what they are doing. It's like you know how their personalities connect with the audience. The way they present themselves as artists, they're very professional.

Ahmm.. actually there was one instance where they forced me to dance LOL, I just had to do it for fun. It's not an actual performance and I leave that to the talented ones who auditioned. If ever we also do have Filipino artists or guests, that may happen pretty soon in the finals, we don't know yet. We'll see because that might the big surprise.

It's a weekly show. They're going to cut people through the voting of the judges, the audience and of course the producers who will also have a say on who's going to win. There's going to be a system on how to vote. I really hope people would get to watch the show this weekend, I'm excited as you guys are for the first KPOP Idol Search Pinoy, KISPinoy!"

Again, please do watch KISPinoy which will premier this Saturday at 9PM. This is also part of the new programming lineup of TV5 and we can't wait to see who's going to win this competition. Rico Blanco, Gelli De Belen and KPOP artists, Producers will be judging too. Richard, good luck on the show!