It was a little scary in the theater when I came in as most of the people were already glued to the screen seeing Halle Berry and the actors of Extant that afternoon. They started showing the part where she was already figuring out that some of the women who were being kidnapped had one thing in common, they were all pregnant. Now I don't want to spoil the story but in a nutshell, the Earth she's in is slowly being taken over by aliens. Aside from that, they weren't the type that showed they were monsters with weird humongous powers inside. They were like ordinary people walking among the populace and there wasn't any hint that it's going to stop at all. 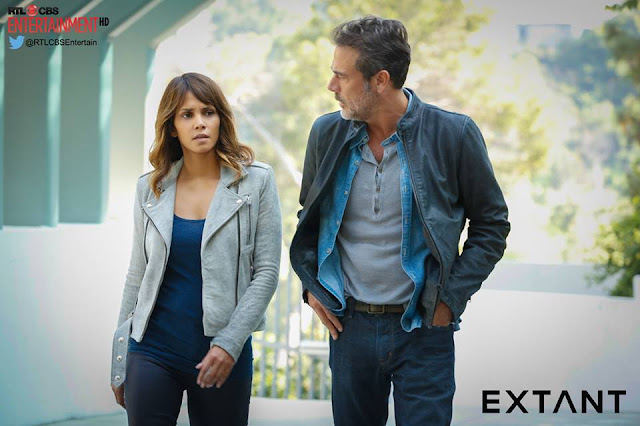 It wasn't going to be easy either because people think Halle Berry's character Molly Woods was crazy, and she was even getting sexually exploited by people in the hospital. If there wasn't any consolation, she escaped and got that same guy electrocuted at first, then she got his car's windshield smashed when federal agents (including JD Richter who's going to be with her) got her from the institution. You can say everything revolves around her, very pivotal, and with the understanding that we could get taken over by an alien life form that's also able to procreate with humans. If you haven't seen this yet, maybe the name Steven Spielberg would ring a bell and may well be worth your time to watch on RTL CBS Entertainment which is available on cable networks in the Philippines. If your cable operator isn't giving you the channel, you might as well request for it.

This is Season 2 of EXTANT, make sure you watch the episodes 9:55 PM Tuesdays on RTL CBS Entertainment.

Photos, Credits Belong to Wikipedia and RTL CBS Facebook Page and not mine.
Posted by John Bueno at 1:00 AM