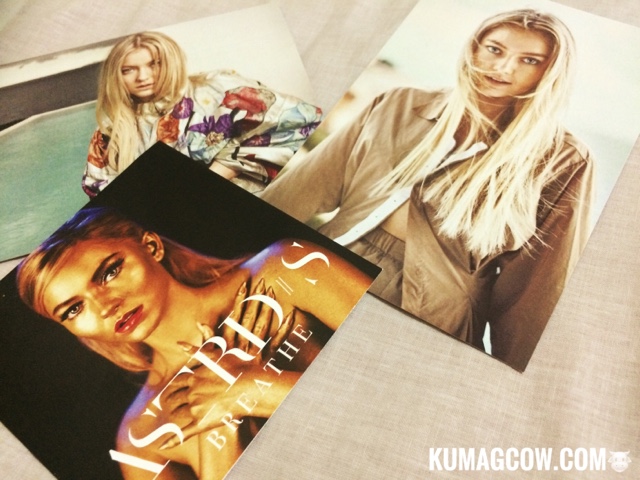 I was excited, a bit happy that I'd be able to talk to someone from Norway let alone a celebrity and singer who's music genre is a bit close to my heart. I've been listening to these type of songs as long as I could remember and I was determined to know more about her. I was a bit disheartened as they informed us right at the event that she wouldn't be able to talk to us but I completely understood as she wasn't feeling well. She even made an apology video, as she must have been very busy all these months and it has probably caught up with her. I hope she gets well soon.

I thought I was oblivious about her but she was apparently already on my playlist (last year I think) and I am quite choosy. I revived my iPod and found "Hurts So Good" in it then listened to her more. World music or in their term "Galilean Music" is fondly played in bars and clubs in Manila. It's not totally foreign at all. These are the types where you just clearly have to listen to it and close your eyes, as it takes you places, to where it would bring you so much joy... believe in every heartbreak, in romance, sometimes humor, in stories she tells in her lyrics.

Astrid S has tons of accomplishments including winning and being nominated for Best Norwegian act for MTV Europe Awards for several years. She's done several singles included in various charts and worked with different artists including one of my favorites Shawn Mendes (a debut album in 2015). So clearly, she's not just another blonde caucasian female you would brush off because she's very talented. She sings like an angel, and is a very good story teller in songs. She has officially said hi to Asia through the Philippines and deem this a very good place to start introducing her music in the region. You should hear her new ones on Partys Over EP coming out real soon!

"It's streaming and being played a couple in Asia bug Astrid has really committed plans to visit there. She's the type of person who cares so much about her fans, which is quite unique, take them to hot chocolate cups or pancakes. Her music is a combination of Galilean pop with a twist of urban, it would be interesting for mainstream people and she's got lots of collaboration going on. She is inspired by nature, by people, not a specific person, that's why a lot of her videos are visual because that's how her thought process goes. We would probably be able to visit if plans push through, hopefully soon. The production of her new album is the next step for her, it's finer, the level has definitely rised musically. What's next for her? Hopefully world domination, a lot more collaborations and hopefully to go far. She hasn't been feeling well lately and she really appreciates your presence." - Margaret her personal friend and part of Universal Marketing.

Astrid S also signified her wishes to go to the Philippines soon. It's not in the plans yet but we're crossing our fingers to see the lovely Norwegian singer in our shores if not this year, perhaps the next! We need her kind of music. In the meantime, please take note of her world tour schedules below and download her songs off of digital stores here and around the globe! 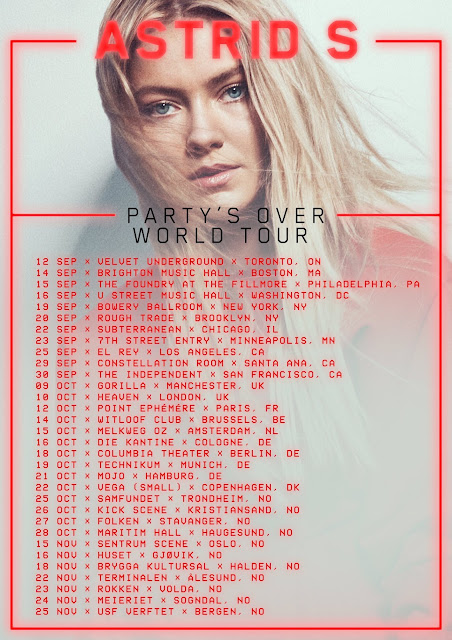 Now I can't wait to see you dear!