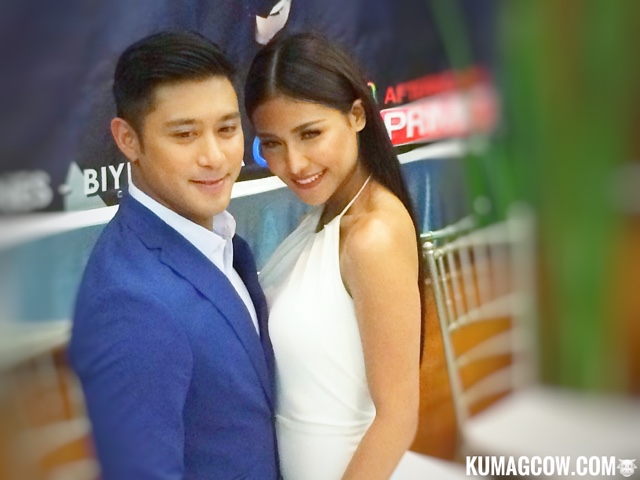 I've been waiting for this show to come to GMA Afternoon Prime for the longest time as hunky actor Rocco Nacino and vixen Sanya Lopez has been hinting about this project a few week ago. This GMA show won't be holding back on stellar cast as it includes drama princess Thea Tolentino, Pancho Magno, Patricia Javier, Francine Prieto, Emilio Garcia, Diva Montelaba and legendary Celia Rodriguez to make your afternooon viewing more interesting. 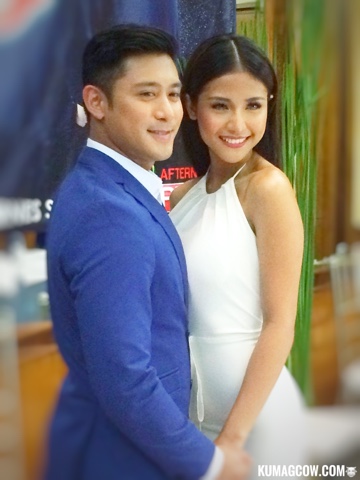 Yes this is a love story, but it's got some interesting twists banking on the love team that formed in Encantadia called DANQUIL who's characters were portrayed by Rocco Nacino and Sanya Lopez - giving the pairing of Aquil and Sanggre Danaya some sort of continuation, which their fans would surely enjoy. Though these ladies are not ordinary as they posess powers they use for good and evil, patterned upon the mysteries of local witchcraft. That would make this fight a huge one, unprecedented, totally original on GMA Afternoon Prime.

The Director Gil Tejada adds "This was conceptualized way before when I was in the project and I only arrived and fine tuned it because the characters were already made. I really hope you like this show, it's so different."

Rocco will play Gerald Cortez, a hardworking salesman who only wants to have a family of his own. He says "I am surprised about how we were accepted starting from our pairing in Encantadia, I am thankful to GMA for this big role. This is good news for me as this probably was brought upon our pairing in the other show. We are confident about this show because we already know parts of it, as it puts us on top of our game. I see how we both improved in the show and you'll see that in Haplos. Being with Sanya, I see myself when I was starting. There are a lot of people waiting for the kissing scenes, but we will present it differently because our love story is kinda weird between Angela and Gerald.The audience will really appreciate how this story would be told. Sanya is so hardworking I'd be glad to give her a massage after all the work she's done."

Pancho Magno portrays Benedict Dizon and he says "I am blessed and grateful to have worked with Direk Gil, Rocco and Sanya so this was easy to me. I was surprised about our preview with the effects and all. Encantadia almost ran a year and this is a good place to start again. They are really good friends, let's just say that." 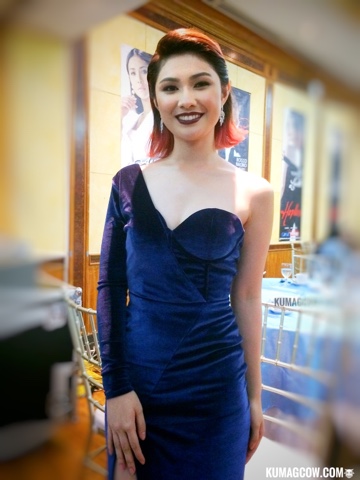 Thea Tolentino plays Lucille Bermudez, Angela's half sister. She says "I don't base my character from previous shows, I only do it as accorded by the script and ask the help of my director to properly portray the role." 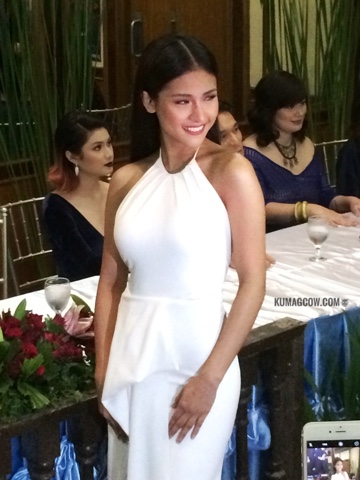 Sanya Lopez says "I am thankful and greatful that I was trusted by the network. There is a huge difference between Danaya and Angela as the former is quite strong willed. She fights for Gerald most of the time and her family. Haplos means taking care of each other, that's what Rocco is to me everytime I need him, I could have gotten that from one person, but he gives that to me willingly. He always asks me in kissing scenes, he's quite a gentleman. If there are love scenes, we'll do it appropriately. He is naturally sweet and cingy, especially with everyone in the shoot. We are very close with our work in Encantadia (which lasted a year), we know our priorties and doing all the things we need to do in the show is a priority."

Patricia Javier adds "Knowing that I would be getting to play her Mom in this series, I was excited because I always wanted to have a screen daughter (all my other projects included sons). She's genuinely kind an humble, she really focuses on her work and I only have good words for her. She's like a bamboo, the higher she goes, she still bows when there's a wind."

Emilio Garcia says "I don't want my kids to end up like these characters because I always want them to bond."

Ms. Celia Rodriguez laments "I am surprisingly not evil here, I am very good. Whether you believe the fantasy or not, it's all up to you. The witch I play switches between science and magic, of chemicals or natural medicine, some goodness and some demonic inspiration. I helped a lot of people here and it is all up to the people to find if I'm doing a good thing or not with also raising Angela. Let's just watch how it unfolds because it also questions science, it's that contradicting."

HAPLOS will begin in July 10 on GMA's Afternoon Prime replacing D'Originals. You should definitely watch this!