Meeting them on this day got me excited because aside from the usual suspects like Nash, Miguel, Alexa and Bianca I was looking forward to meet two more endorsers for BUM as they shoot their BUM Back To School 2017 campaign.

Now I'm not going to lie to you that I was really disappointed that one of the new endorsers didn't get to appear for interviews because he did other things albeit being booked for this shoot in advanced and I tried to interview him during other events but he declined despite my efforts. So if you don't see him here, don't ask why.

Anyway we still have Jazz Ocampo, an up and coming GMA actress. She's pretty, articulate, and you can feel how glad she was with the opportunity to be with Nash, Alexa, Miguel and Bianca. She's also done her homework because as far as her modeling skills go, she's got tons of poses for the photographer. I was impressed! If you don't know her yet, you better take notice of her early because from the looks of it, she's got the x factor which will make her become a big star real soon. She's also donned countless commercials and TV shows as she's had a really good work history with TV5 too as she started with TV5's Star Factor. 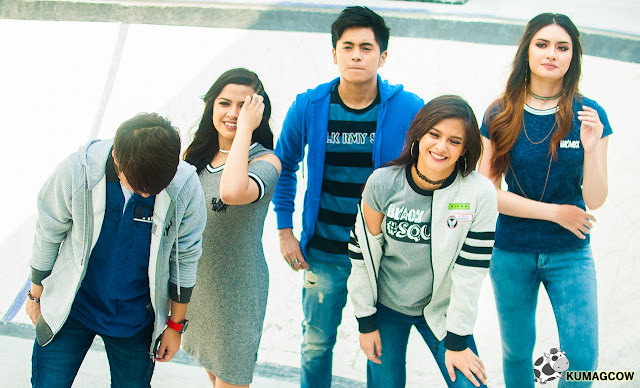 Oh and before I start, you will be seeing part 2 of these BTS shots tomorrow :) so you guys stay tuned okay? Follow me on IG and Twitter @kumagcow please so you wouldn't miss any shots as I'm going to try and tease you more there! 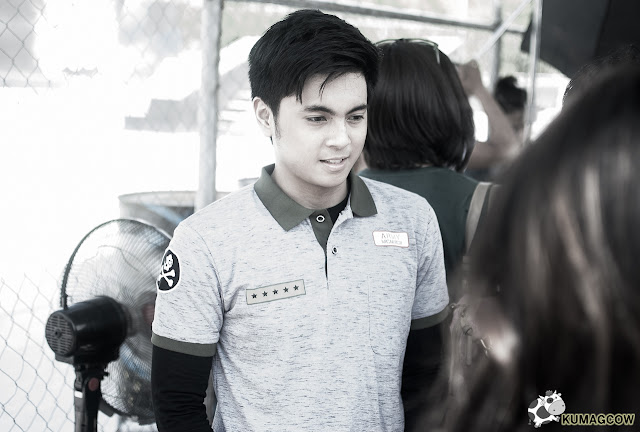 When I arrived at the venue they were already shooting the layouts for the billboard and a couple of posters which you will see inside the stores. If you love Miguel, you'll love him more seeing how he kept his cool even under the sweltering heat of the sun! 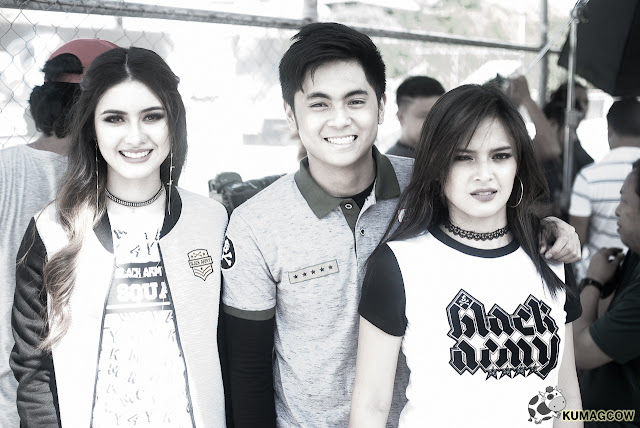 Miguel and Bianca has already worked with Jazz in the past as all of them pretty much grew up together auditioning for different tv shows and commercials too. 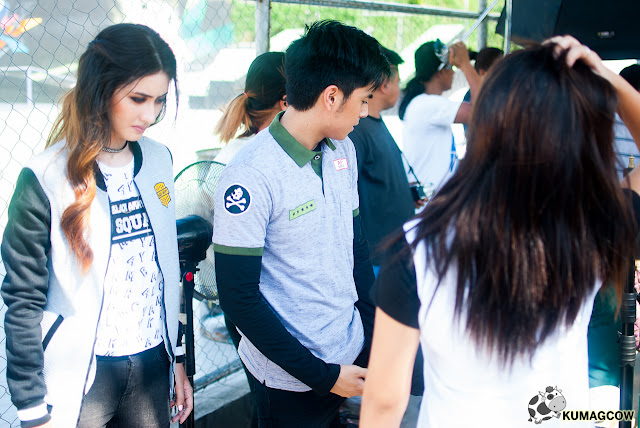 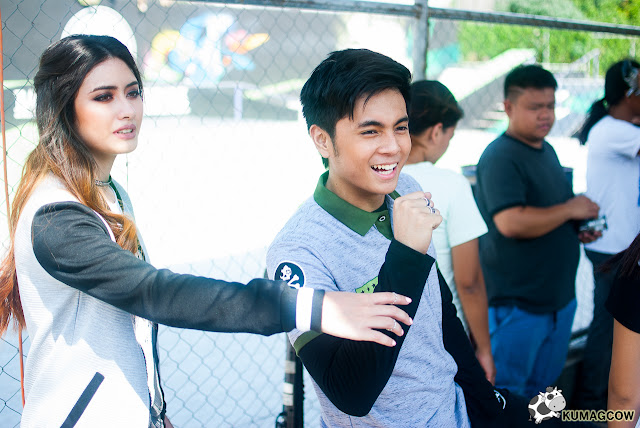 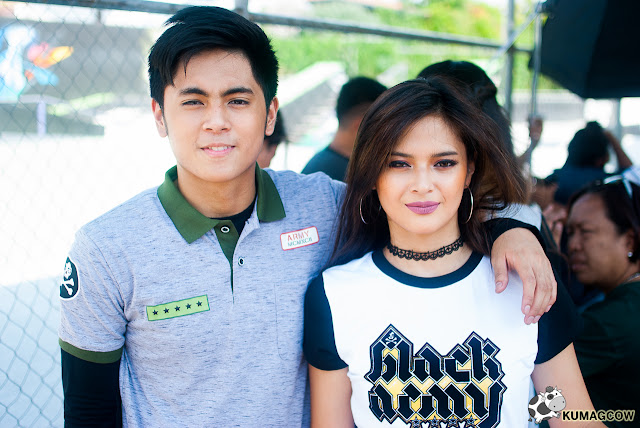 Bianca being fierce as always. Then sweetheart Miguel shows how sweet he is with her. 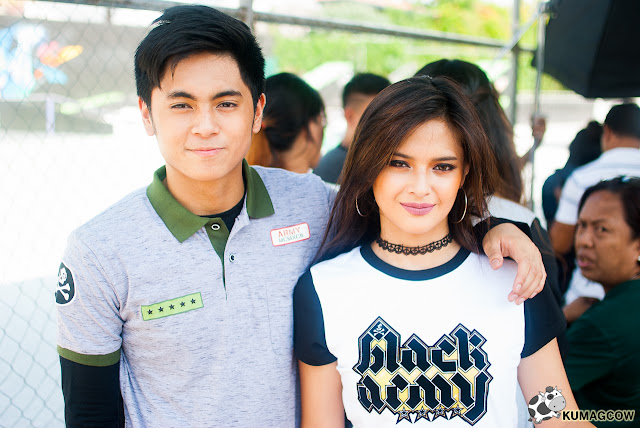 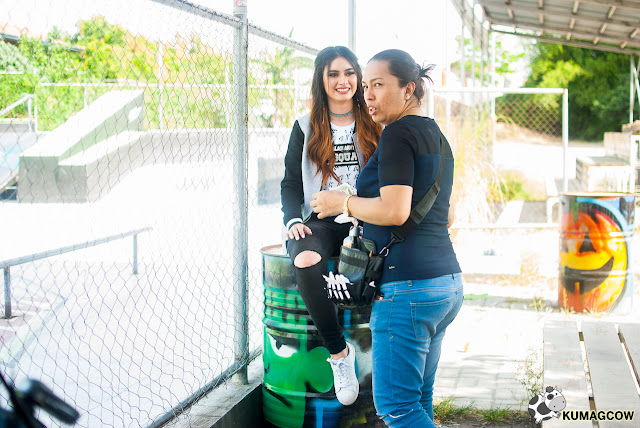 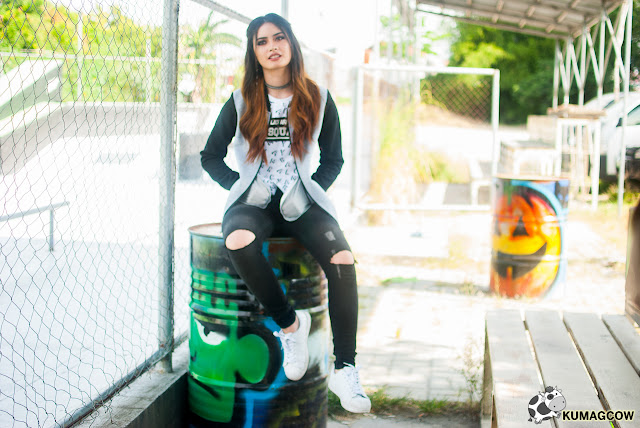 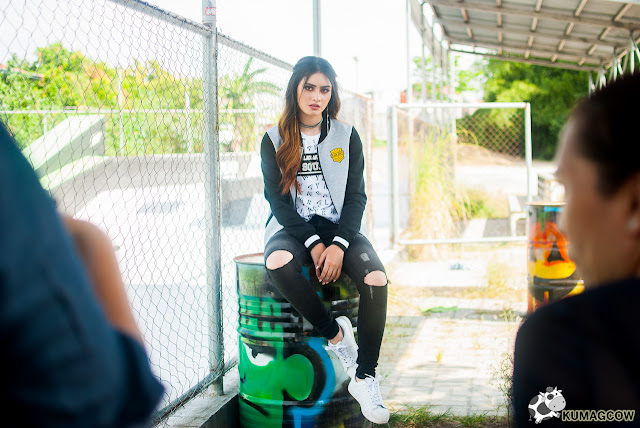 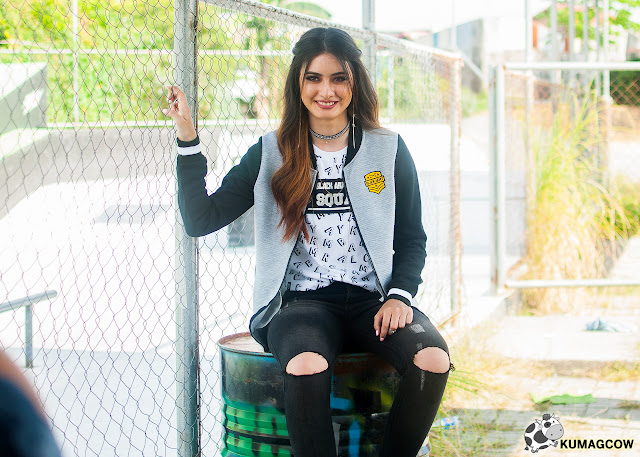 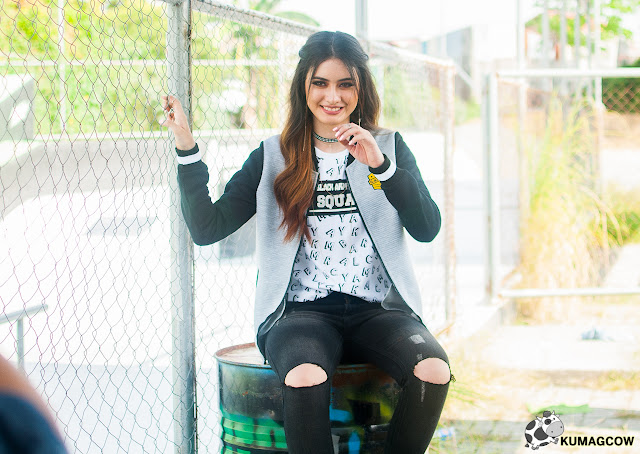 See how pretty she is on camera? There's more of this on BUM's official Facebook page. :) 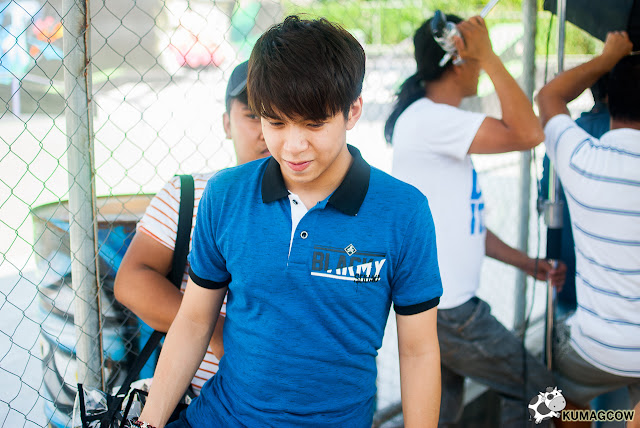 I was happy to see Nashie because once he spotted me he said "Kulang talaga yung BUM shoot pag wala ka" (The BUM shoot would really be incomplete without you) haha and we laughed so hard! 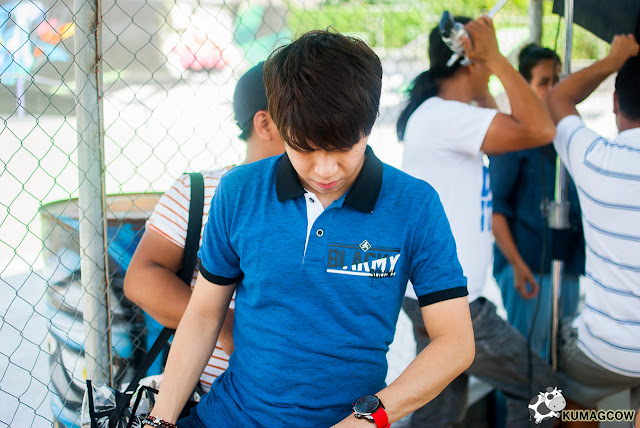 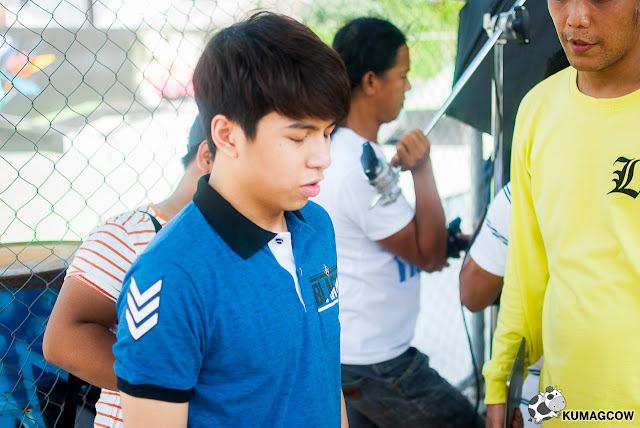 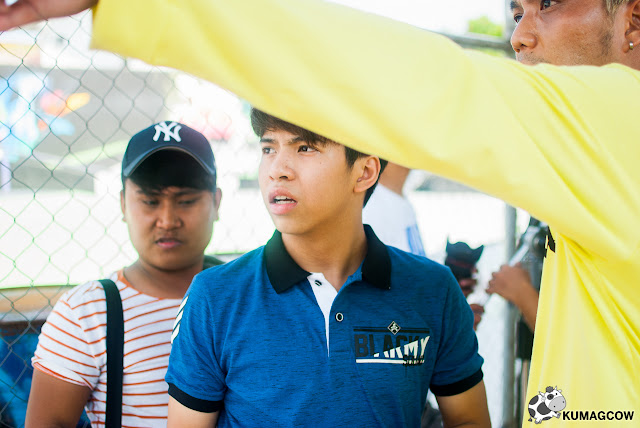 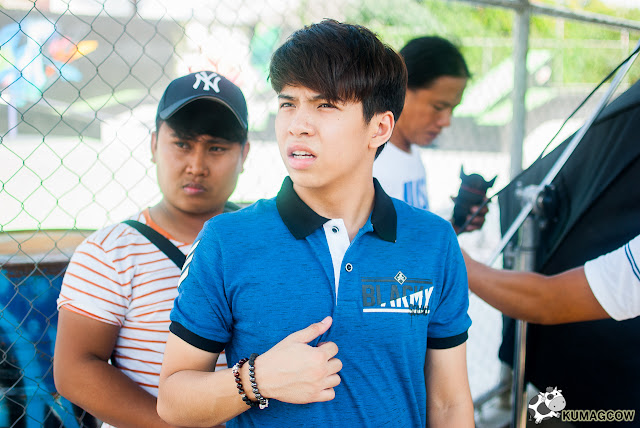 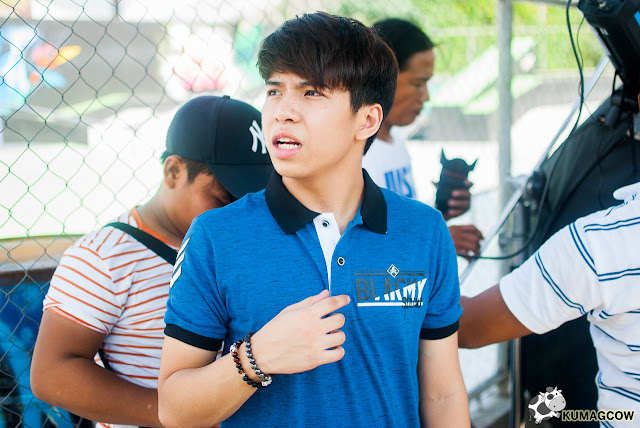 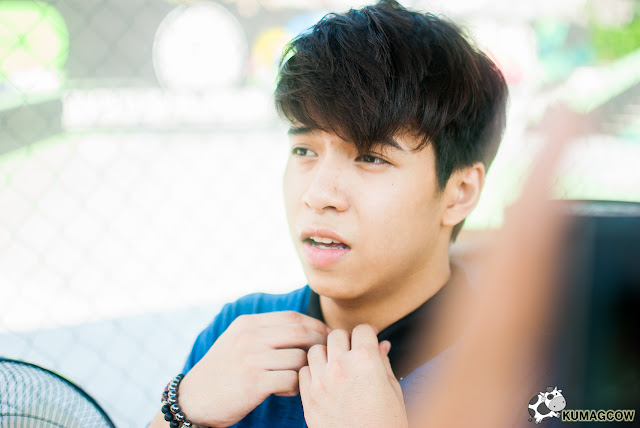 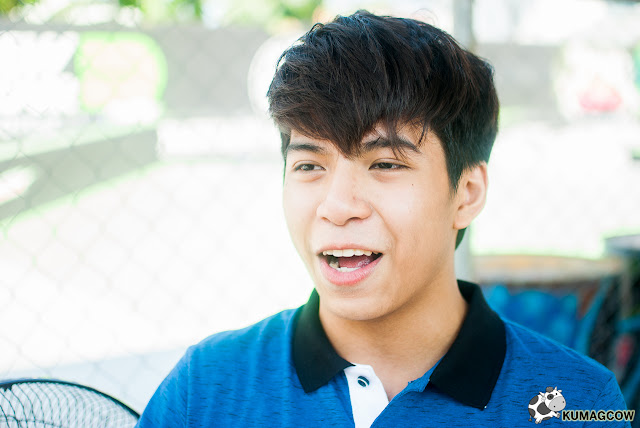 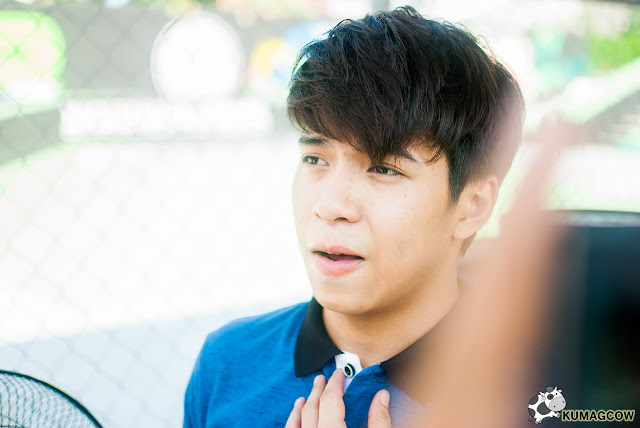 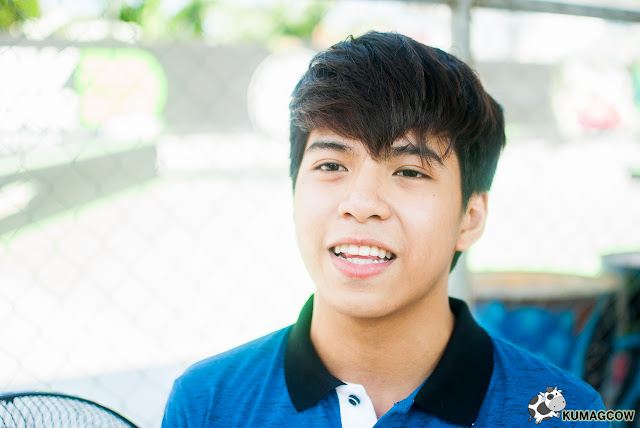 You could see how hot it was in Laguna when we did this shoot. I was dripping wet of sweat so I didn't make any movement and changed shirtd before I interviewed them. They were a little lucky because they change shirts every frame and someone takes charge in wiping off their sweat in between takes. I'm sure if that was a job there would be lots of volunteers for Nashie boy hahahah! Am I right? 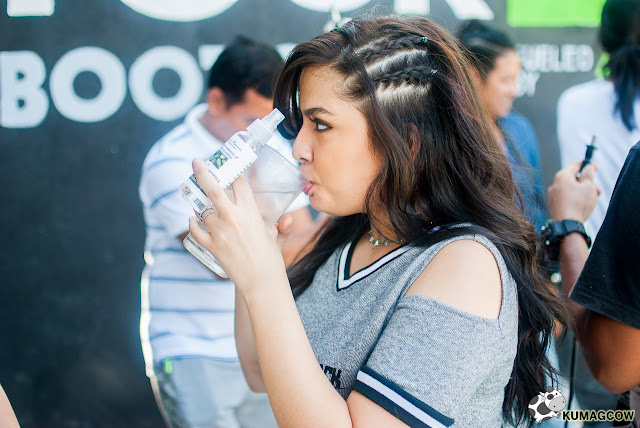 Because Nash was hot Alexa drank a glass of ice cold water! Haha :) 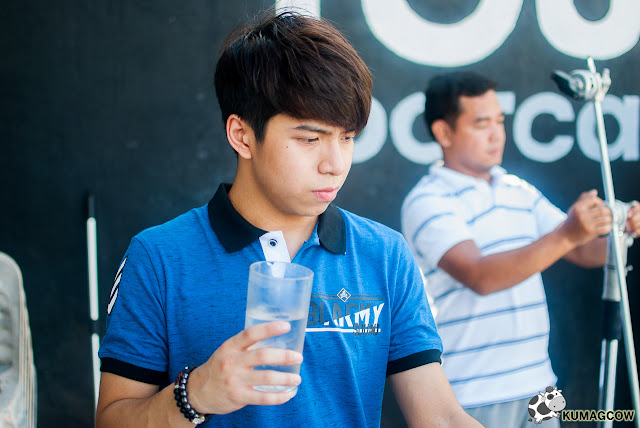 Nash also did that also during our small talk. 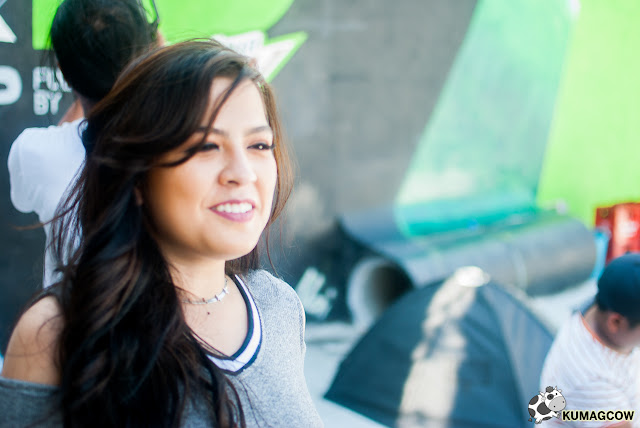 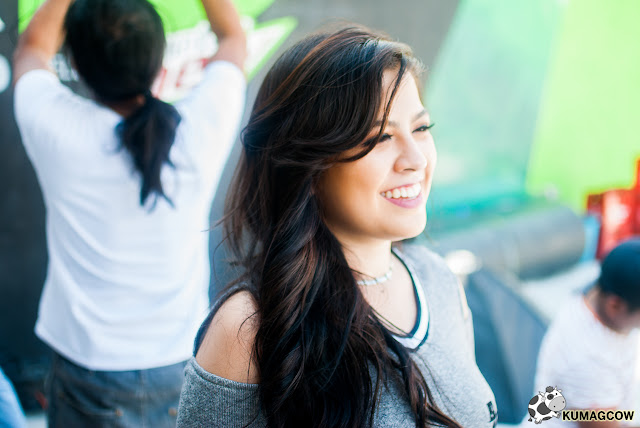 Alexa all smiles, she was really fun to interview as she was also telling me about the airplay she's getting with her new single. Hopefully she will do more mall tours and shows real soon. Please make sure you send requests to malls where there are BUM branches if you want to see them. Because without that they won't be able to come to you.

Stay tuned for tomorrow's post! I hope you enjoy these interviews with Nash, Alexa and new BUM ambassador Jazz Ocampo!