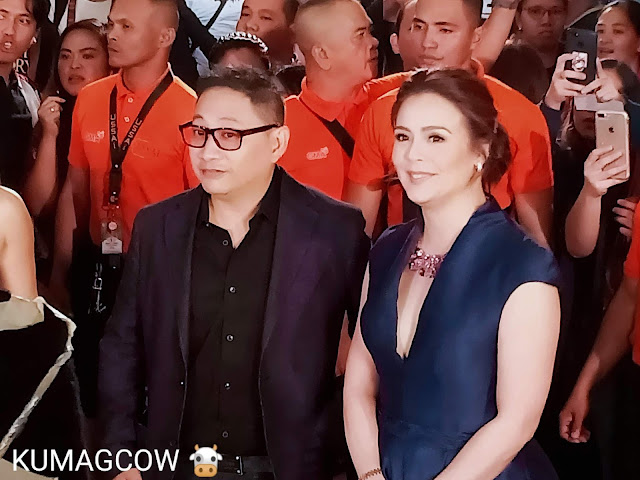 Maybe just maybe, I was expecting less from this project... but they delivered.

Albeit no stranger in front and at the back of the camera, Michael V has stretched feathers among his many hats to be a real life Producer, Director, Writer and Actor for this film called Family History. I have never, been ever, effectively been confused about my feelings while watching a film because as soon as the hospital scenes started (oh that'll be early), I was already trying to stop myself from totally balling in the dark because I didn't want people to see me crying.

This is a family film - of sorts, ideal in one side... but totally flawed on the next one. I know while you're reading that you're already getting confused, but trust me, it's because the twist in this film would just be making you even more insecure about your judgement about their characters, neither did they.

I initially thought I would be bored about a family drama, but it wasn’t even a few seconds into the film and people were giggling. Michael V and Ms. Dawn were definitely in a class of their own. Heck I can already say Dawn Zulueta can read a phonebook in a scene and still make you do ugly cry, she’s that good and she did that in several sequences. - undoubtedly, she is an icon!

Michael V on the other hand could stand serious and unfazed with reality in one scene, but stamps his kind of comedy. He is definitely an authority, how can you not be impressed with the very talented Bitoy, who up to this moment I’ve lost count on figuring out how many times he’s transformed into different characters. You will see that happen here so many times. The movie might come off to you as clear, with very nice treatment and color grading but injects several graphics to denote out of this world reactions to everyday struggles. It was a secret nobody knew would happen, and that part was totally effective especially when he was talking to his boss and best man.

A word of warning, there will be continuous flashbacks, and it is necessary. It gives you a backgrounder on why and how they ended up that way, so you too could understand how characters work.

It is an awesome film with realistic, heart wrenching situations. If there's a takeaway from this movie, it's the capacity of the human heart to forgive and how to love without condiions (or is it?). Now I suggest you go find yourself some good cinema seats and be awed by how Michael V creates his first mainstream movie with effective artists and make you feel crazy. Hope you’ll end up crying and laughing at the same time, just like me when I was watching it. In the meantime, I didn't want to waste time so here are some of the celebrities that graced the event that afternoon.

I also have huge urge on what ideal movies to watch, this is one nice story.

Worth every penny, because they over delivered. You'll leave the dark halls hopeful - and happy.