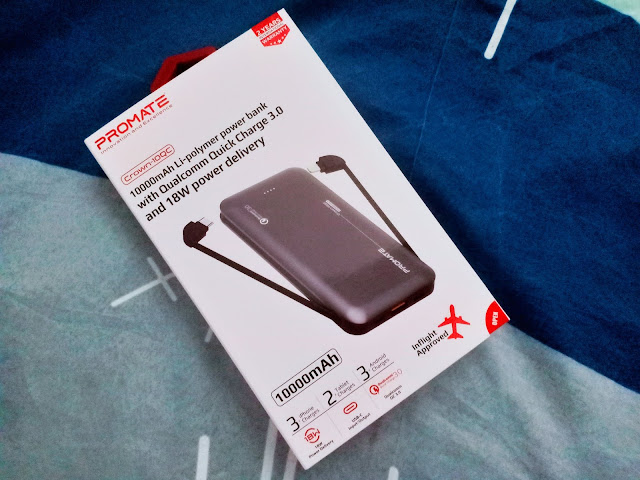 It's been a while since I whined about something but this is kinda one of it. I've been a good boy, I receive tons of mail on my doorstep but I don't like it if I can't even use things they send me via mail but I do sincerely appreciate the gesture. This one however is different, because if you know a blogger working the same hours that I do, they're probably armed with the best powerbanks in the market. We use it extensively.

I remember getting those cheap ones on street corners and end up using it for less than a week max (because it gets broken), which kinda defeats the purpose of having a power bank in the first place and I only trust a few names when it comes to these things, one of them is PROMATE. 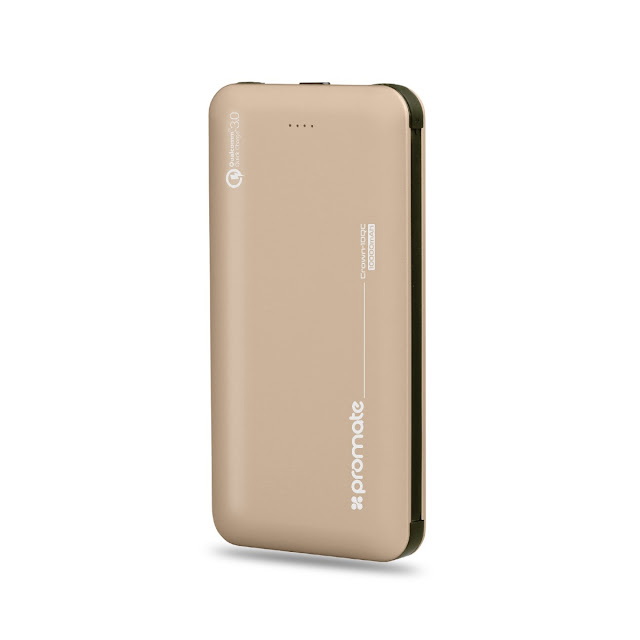 This 10,000 mAh variety I got is the PROMATE Crown 10QC which is made of Lithium Polymer inside and has a lightning cable and micro USB so I don't have to bring those messy ones and be stuck on a wall. It is designed well, you can put the attached cables on the grooves on the side and it would fit like a glove. You get organized right from the start so you wouldn't need space in your bag if you're going out on a trip or a coverage like me. It's just genius!

It also has that capacity which is able to charge my phones around 4-5 cycles depending on how I use it but it does usually last me the whole day. After covering for events, I even have some more so I could play rounds of pubG, mobile legends, ROS and watch YouTube videos at night before I sleep. If it can last me that long, you're bound to probably use it even longer because you might need it less of the time compared to me. 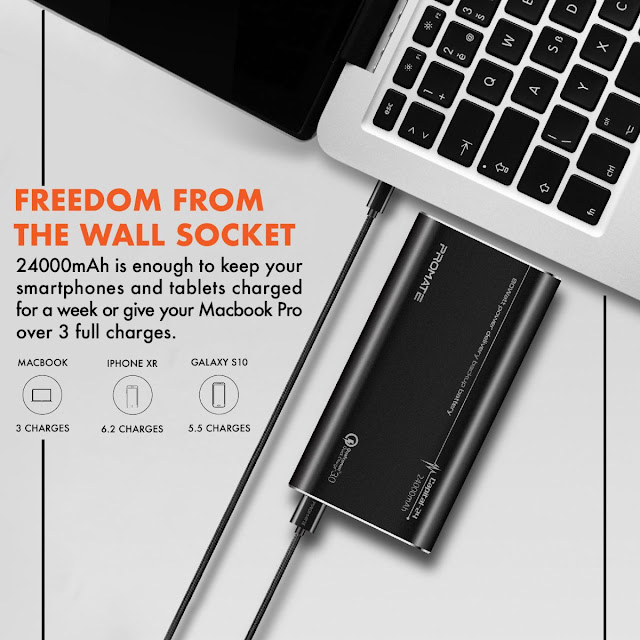 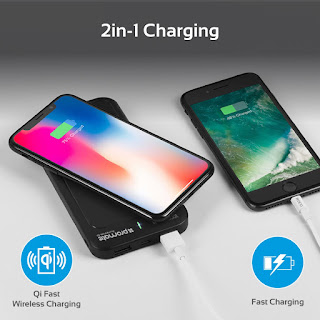 PROMATE even has other varieties of power banks such as the Promate Power Tank 20 which is a 20,000 mAh power bank that's got 18 Watts of power delivery and Quick Charging 3.0 port. They also have color options so if you're into something fancy, it might match your clothes too. Of course if you have phones capable of wireless charging, you can opt for the Promate Auravolt 10 which has the same capacity as my power bank but has Qi charging. All you need to do is put it on top of the thing, and get  charged right away! No need for separate Qi pad chargers, just the device itself!

PROMATE devices (they've got tons of it not just power banks) are available in leading tech stores and in Lazada. Just go get it!