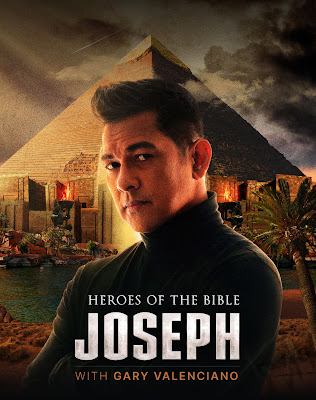 Today marks another milestone as he puts another feather to his hat as the Philippine ambassador for the most downloaded religious app in the world. They just released a new audio series called "Heroes of the Bible: Joseph". This is his voice bringing in an emotional cinematic take on one of the famed heroes found in scriptures - which would really be fit to be listened to in today's generation.


Max Bard the VP of Content for Pray.com says “He's a breath of fresh air and has been one of the nicest voices we have heard on the app. We have been working with Gary since last year and everything has been magical. With the new audio series, Joseph. You can listen to him bring these stories to life!"

For those who don't know, Joseph is one flawed hero. You'll get to see how he gets to develop his relationship with his father, his brothers, his coat, the Pharoah, his dreams and learn from his story.

Download the Pray.com app today on the App Store or Google Play and listen to this newly imagined story. You can listen to the audio series and other stories all in the app.