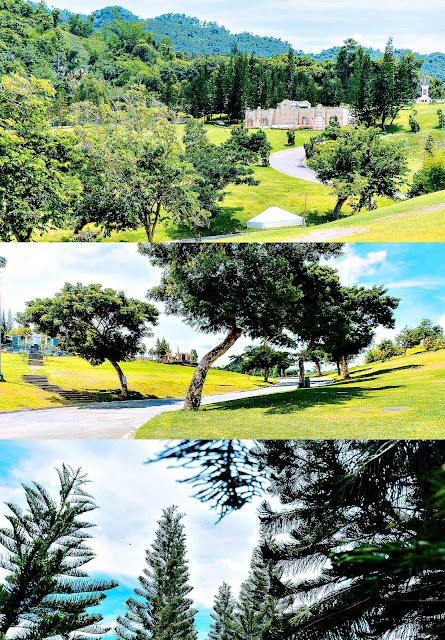 Cebu is certainly one destination I wouldn't get tired of. I've been there countless times for pleasure, work and play. With it's sprawling landscapes, fantastic beaches, good food anytime of the day, and genuinely warm people, one would not resist the ample combination of having urban metro scenes with the quiet countryside.

I wouldn't be surprised that Golden Haven Cebu has chosen this to be their site for a memorial park. In fact, it's one of the most beautiful in the country. It's huge 13 hectare property has mountains in the foreground, trees, grassy hills and terrain, definitely a peaceful place to spend with family and the dearly departed. It's at the Binaliw Road area and you can tell, it's got that Italian theme. There's the Saint John Paul II Memorial Hill, and the Garden Plaza, plus the Imperial Gardens that makes quite calming, it changes the mood outright if you're up for some tranquility. For a little Asian flare, Golden Haven Cebu also has The Mood Gate which functions as an entrance to mausoleums. There rests three columbaries named after St. Teresa de Avila, St. Mary of the Child Jesus and Mother Teresa of Calcutta India (called the Thereseum). If you also like nature, there exists the Vatican deck where you can see scenic views of this memorial park.

It's also near shops, schools, religious landmarks. Aside from that, I could imagine how this would be a worthy investment especially for OFW's, for their families and their children. Get in touch with them via (02) 8873-2922 to 23 as they've got people who can answer your queries.