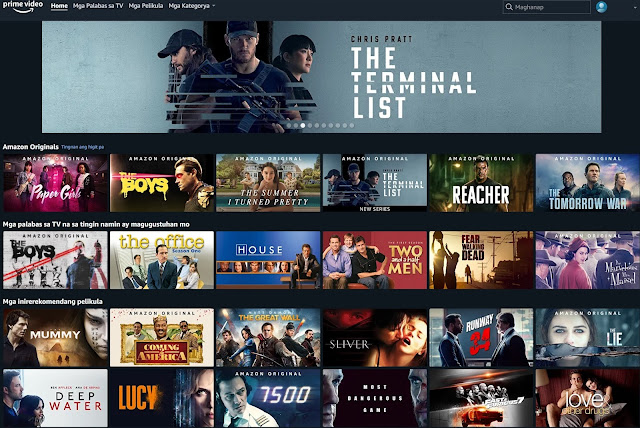 Choices, we've got more of that now that Prime Video is starting a lineup of local content and an even better user experience for the country.
For starters, they've announced the first Amazon Original content called Comedy Island: Philippines which they worked on with Base Entertainment (a production studio involved in creative talent in the region) so they could bring them out to the world. This will be launched next year (2023) and this will be exciting times for the viewing public.

This is part of Prime Videos increase in investment to make sure we won't be running out of entertaining content with hits like Demon Slayer, Jujutsu Kaisen, Korean dramas like Nothing Serious, Toy Soldiers, and US shows The Good Doctor, Amazon Originals The Boys and The Terminal List plus a whole lot more in their library.

Efforts include local Prime Video marketing to work with our very own Filipino producers and celebrity host and personality Anne Curtis. This is also the same with other Southeast Asian neighbors Thailand and Indonesia so they too get a dose of Prime Video love in their own language.

They're also offering it at Php 149 a month (introductory price) which would be charged after you consume the free 7 days on Prime Video. With it, you can download and watch it anytime, anywhere you wish and watch on compatible handsets, on Smart TV's so you can watch at the comforts of your home or out on the road to Albuquerque or Kamuning whichever comes first. This would be really interesting to see how a new player comes as Filipinos consume more content online.