It looks like a great day to celebrate something from BUM. Yes, the street wear brand has made their own Black Army to surprise these artists and their followers with looks that they can wear when they're out on the streets, or just keeping cool colors while in school. Now I know you've seen the exclusive behind the scenes for Ella, Jane, Nash and Diego for the holiday collection here but I'm sure you'll enjoy what I have left for the Black Army. 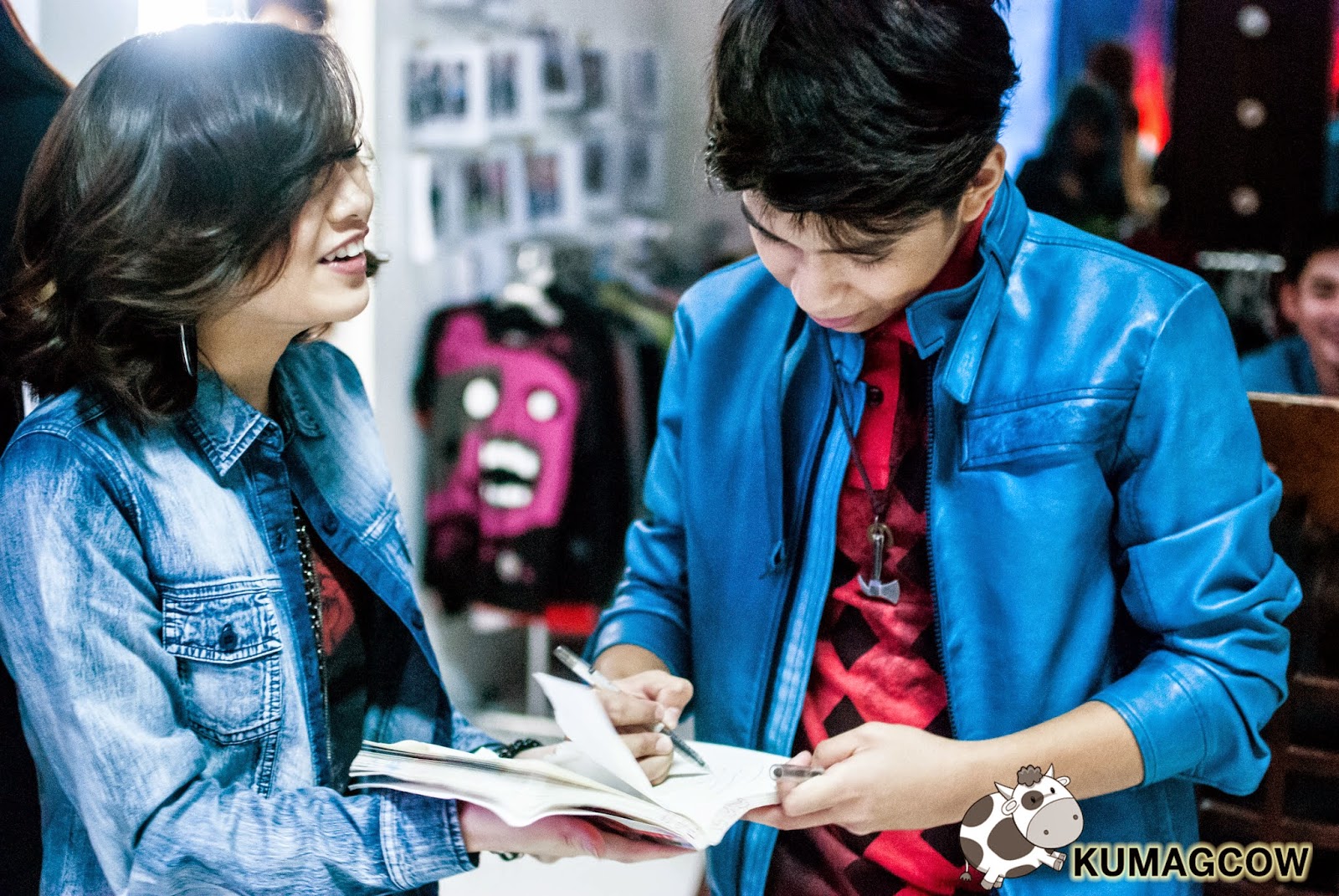 Not everyone was on the frame so while Jane Oineza was shooting some things for her own line with BUM (Oh yes she does have one!) Ella Cruz and Nash Aguas was role playing. Ella was like asking for Nash Aguas' autograph and they ran around the set like kids. So every time they have a shoot for BUM, they are having fun!

Then we checked out Jane Oineza's photo shoot. Surprisingly, this isn't like the other shirts she wore because this time she's having skirts and more classy tops for her own line.

A lot of love, a lot of attention to detail. I know BUM has definitely thought of this way before Jane Oineza probably came out of the PBB house. The skirts, the sleeved blouses looked very expensive on her even though it only costs a couple of hundred bucks. The material is amazing, you guys should check these items out in BUM stores nationwide soon!

Jane was a little tired during the shoot because she haven't had that much sleep yet I was informed. It's pretty good that she's kept busy because that's exactly how ABSCBN could help her and her family. Her fun Mom was there too, always to show support for her and BUM. Her glam team, even the photographer Ash Reginald Evasco made sure it won't show on camera, being meticulous as possible so you can see how gorgeous Jane is.

I also like this jumpsuit that they had on the last few shots. It looks good on her, and I'm sure it will look good on you too. Dressing up should be easy, nothing complicated, and BUM can get you there.

On the other side of the studio, they were already preparing the shots for Nash and Ella. Of course, Nash had a LOT of time to play around on the set. As you can see, Ella was very behaved. Well not really LOL!

You'll probably see some videos posted on the BUM Facebook page that won't just contain behind the scenes shots by the BUM crew, but by Nash himself. He was very interested about how the videocam worked so he's asking for a new iPhone 6 Plus for his birthday! Paging BUM! LOL. They also had a small talk with Rai Lacoste to see where they will be with the direction of the shoot. He wants the peg to be a little close to edgy, classy streetwear. Then again, Ella and Nash had to play around the set again.

Then we had Nash do some stills for the BUM Black Army Collection. 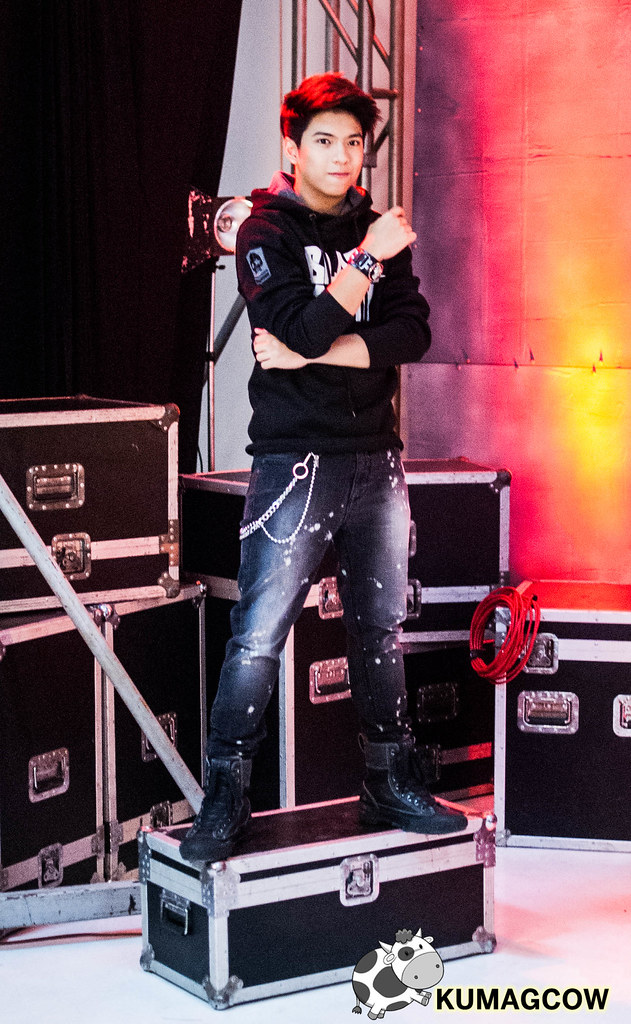 Then we also got Nash and Ella to pair up in some of the shots.

I'm sure you'll see a lot of these in the upcoming months going to one grand celebration coming real soon! I'll be there to cover it too!

Please continue to support Nash Aguas, Ella Cruz, Diego Loyzaga and Jane Oineza everytime they have a campaign with BUM by buying stuff that they endorse. Do it also so that they will still have these guys and gals future campaigns. The billboards are all over EDSA and Manila so if you want to see more of BUM's Black Army. Hope you love them all!