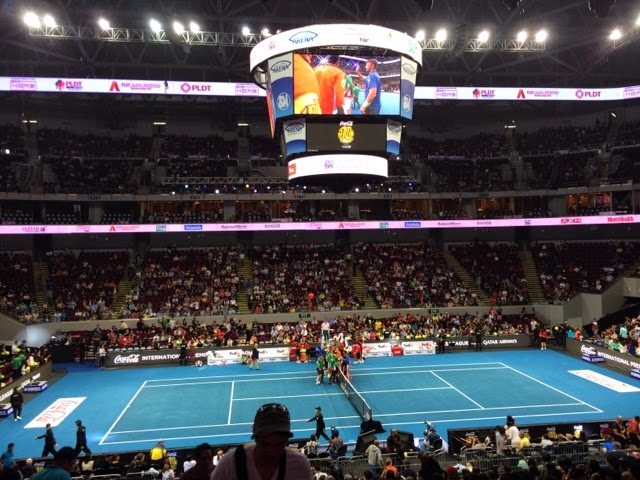 Today was an early salvo for my birthday. It's not December yet at the time I'm writing this piece but when someone invited me to come over Mall of Asia Arena, I never thought my Tennis fan dreams would come true. I'm sure you've seen some of the greatest tennis players in the world on TV, but this time we're seeing them live! Yes, the IPTL league is in the country and they've brought along tennis greats such as Maria Sharapova, Ana Ivanovic, Kiki Mladenovic, Philippousis, Kohlschreiber, Huey, Tsonga and a lot more. I even got word that Serena Williams arrived today. Do we even absorb that? Do we even realize what we're watching? I know, it hasn't really sunk in yet for me either. 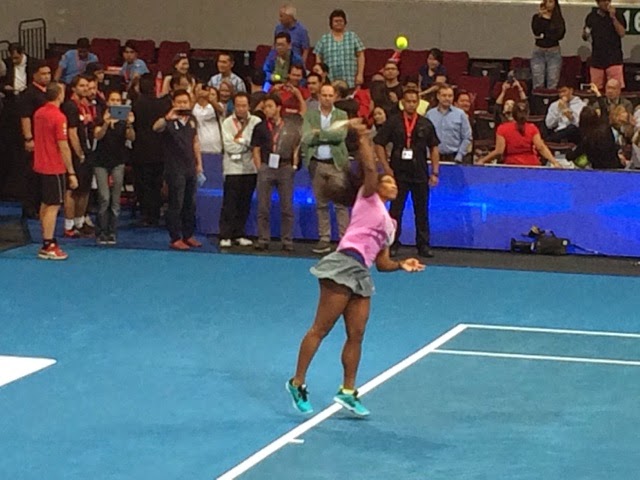 These past few days, I get chills seeing the gorgeous Masha on cable tv. Her gorgeous face, her height, I get confused sometimes because she's way beautiful than some titled queens I know, even if she's not wearing any make up. I sighed a few more seeing her hit those ground strokes that speed faster than cars in EDSA and streets going to the malls. I remember saying expletives while watching her matches with team Manila Mavericks at home and I didn't care there were strangers either. 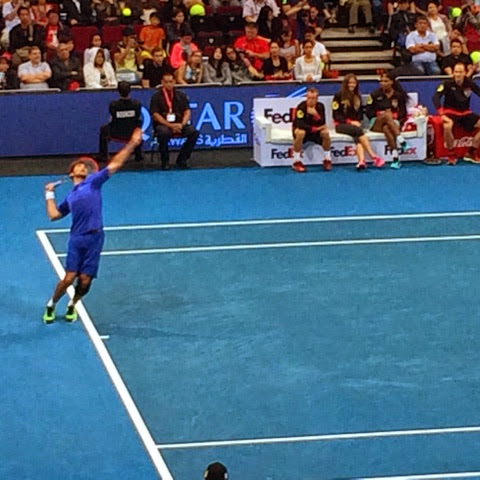 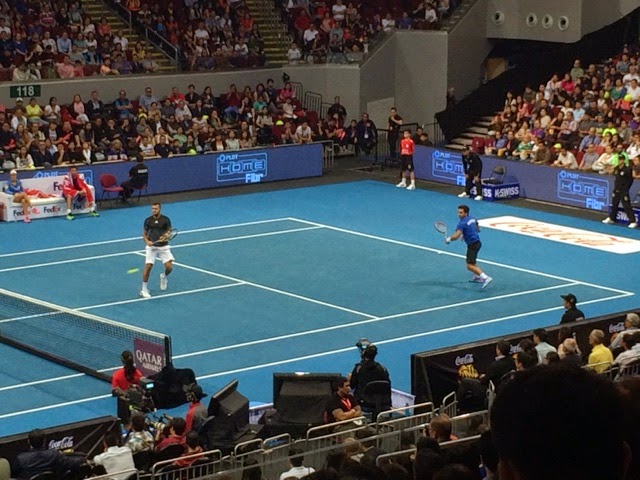 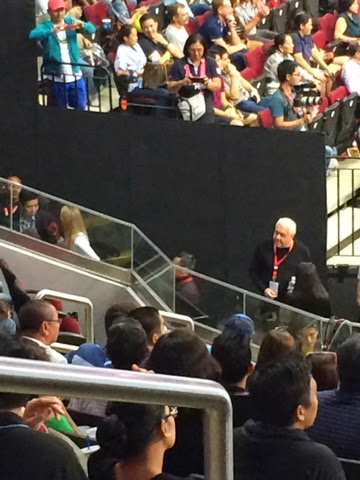 Arnel Pineda passed by. Yes I missed taking his photo because I was busy watching Murray on the court :) 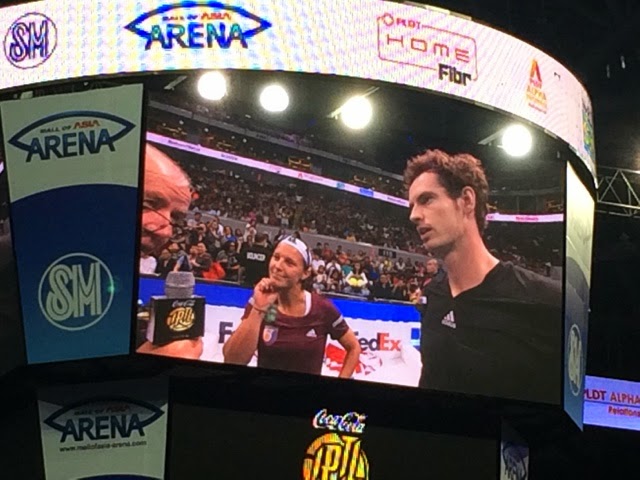 Andy Murray and his partner wins on Mixed Singles. Looks like Andrew Garfield no? 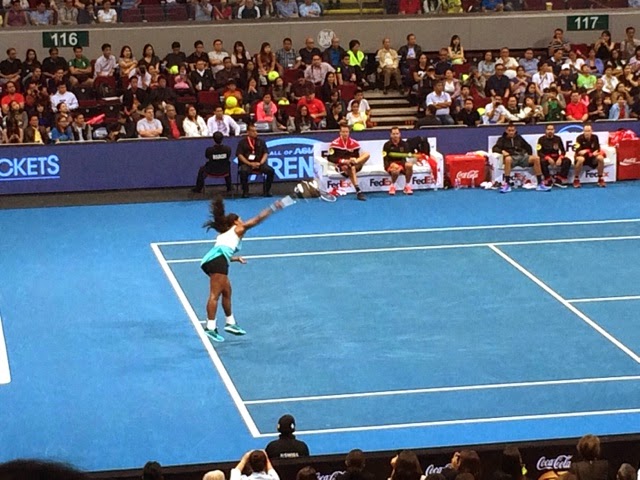 Serena Williams is now battling with Kirsten Flipkens but I'm sure you know who will win. 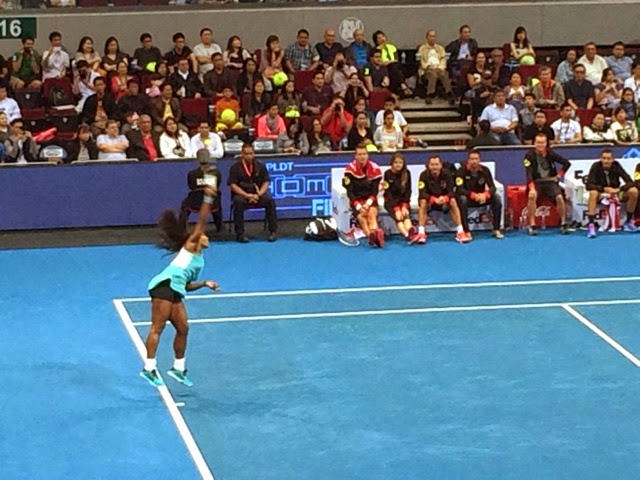 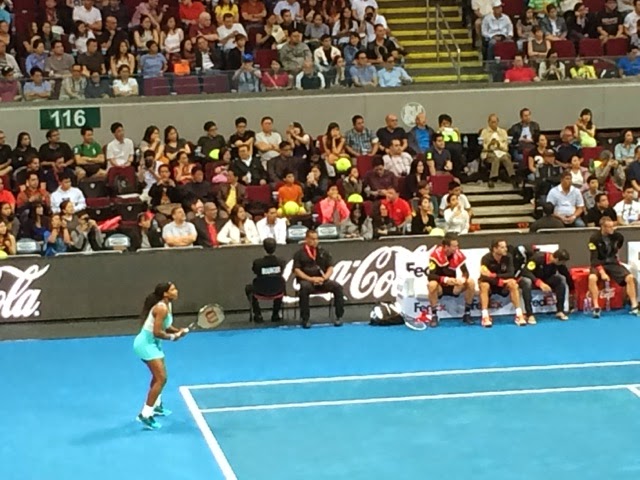 I love Serena but not as much as Masha :) but she sure is a talented player, she doesn't play around when she's inside the court. 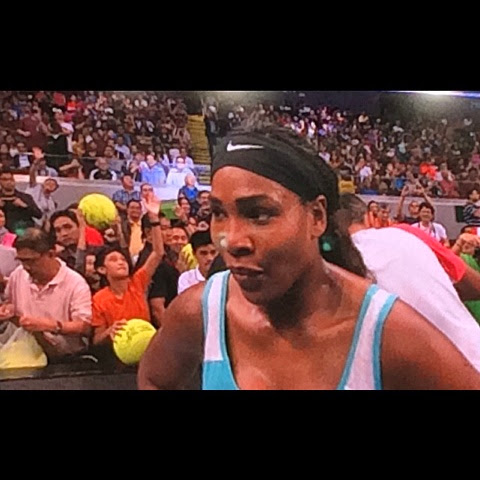 "It was overwhelming when I came out, it was tough but I had fun playing" says world's number one Serena Williams.

Watching here live, was something surreal for me, much like what her fans were feeling in Manila. It was good she felt like a rockstar everytime she had to walk on the court and sidelines, I think every fan had that notion of making her welcome every second she's here. I've seen several guys getting their stuff signed and I too was dying to at least get a load of that. I'd prolly die interviewing her (well almost that is). Today is the last day but I felt these guys went thousands of miles around the world and get here just to make us happy. That fact alone put a smile on my face (a silly grin even) when I don't even smile on photos. Even if the Manila Mavericks didn't win, I was still ecstatic to see Masha winning individual matches, they also were tough to beat in these matches, sort of "giving them a good fight" was totally okay with me and winning was just a bonus! (As if I had a say on that! Haha!) 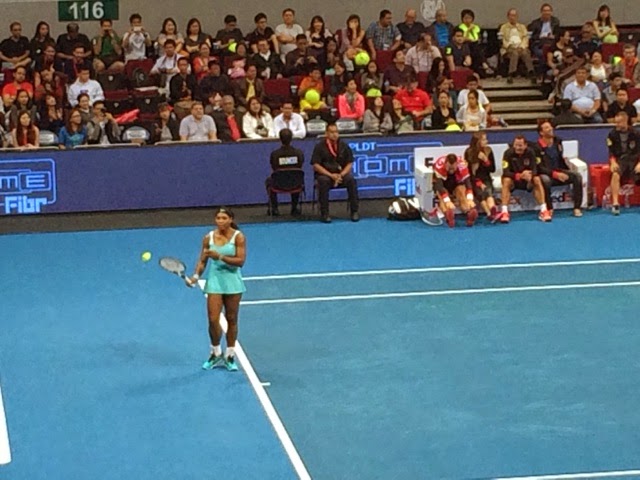 With what it's worth, seeing these guys play the matches of their life on court was probably one of the ways they say "Thank You" to all of us. You must understand, they only do this a couple of years and they're spending part of it in Manila. At least that'll put us on the map of go to places, and if heaven permits we would learn a couple or two things on hosting or playing the sport. Will Filipinos pick up after this scene? I don't know, nevertheless, I was inspired and I'm sure thousands of kids too.

That's when it hit me, IPTL makes dreams come true! Starting here in Manila was but a humongous task but they did it without hesitation because as they were finding answers, the Manila crowd answered with sold out crowds in the 3 whole days they were here. That puts all doubts to rest, and when the event was done I heard they promised that they'll take IPTL back next year! Isn't that awesome news? I might not have been able to see Maria Sharapova today but maybe she'll be back next year. Who knows? I might see her then!

Thank you IPTL for the chance to see these Tennis superstars in the Philippines, thank you for making our tennis wishes come true!