After a very successful run on it's first showing in Wattpad Presents, Mr. Popular meets Ms. Nobody will have a second one starting today November 24 up until the 28th at 9:30 PM. TV5's home grown talents Mark Neumann, Shaira Mae will be part of this and I've seen how these two had become a formidable love team straight from the days when they were still in Artista Academy. I failed to show up during their press conference (my apologies I had surgery) but since I love them this much I know I had to write about it somehow. 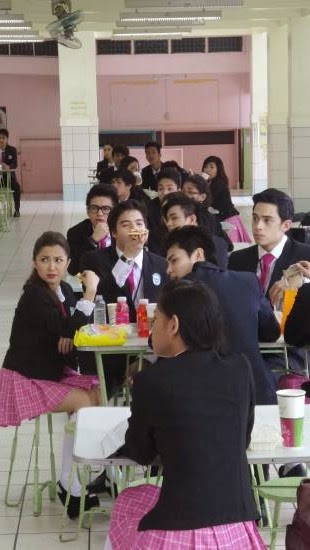 Mr. Popular meets Ms. Nobody is about a budding love story between the most popular guy in campus and an introvert girl who he later turns into his personal slave. Mark Neumann plays Kyle, the rich kid who in this installment is out to prove that his love for Chelsea (played by Shaira Mae) against his father's wishes. It later on becomes more complicated because gorgeous Yassi Pressman (who plays Mandy) comes in and wants to take him back since they are exes. Mandy wants Kyle for herself no matter what but will she be able break them up in the process? That's what you may want to find out later too.

Chelsea is in a stir because she ended up with Kyle and since he's the most popular guy in school, there are lots of other girls who would want to have her taken out of the picture. Will she give in to the pressure? Will they eventually end up together when this story ends? Make sure you don't miss it tonight at 9:30PM on TV5.