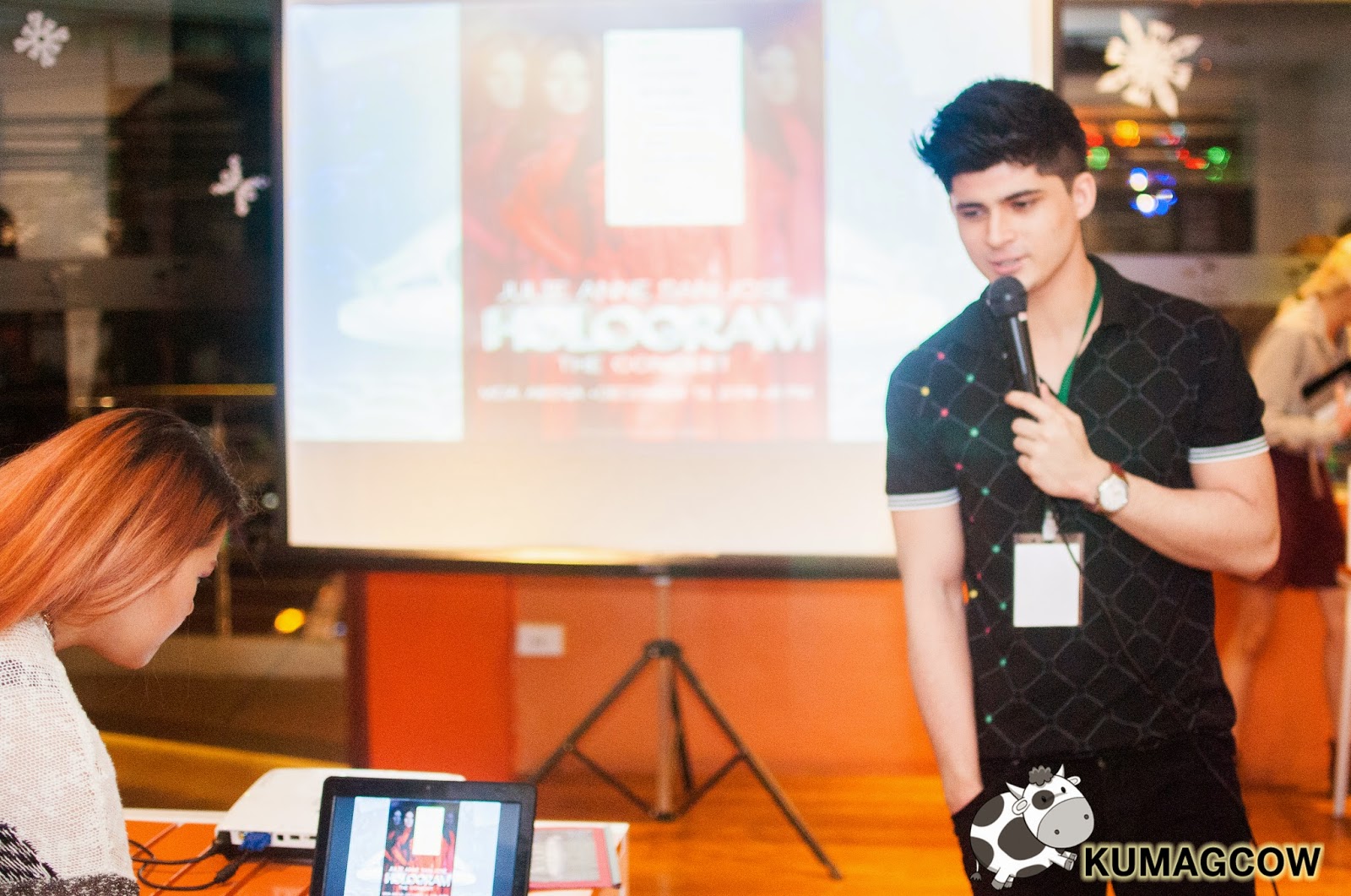 Took the evening off from the busy streets of Manila and decided to go to an event in CaliBurger in Timog Avenue for the Kapuso Music Quiz Night. I didn't know what to expect but I guess they'll be asking questions in the lines of music, or some trivia about it. I was a bit late and apologized, but good looking crooner James Wright was already there talking to the other bloggers. Of course I've already interviewed this guy when he launched his album a couple of months ago here and when they got launched here. James sings like you wanna sit down, have a glass of champagne and have a date with someone. It's like you want to fall in love and get hurt and say it's okay just as long as you are loving someone... sometimes, you feel like he's got it all.

Don't let his looks deceive you. He's a mean spirited singer I'm telling yah. That's what got him to do Carmela's theme in the first place. As of now, he's busy with Strawberry Lane and tours to promote his album here and in other regions. He's doing the legwork I'm sure and with the acting stints here and there, he's bound to be one of GMA's bankable artists. I think they're pairing him up with Kim Rodriguez who's an equally sexy lass. I hope he gets noticed more and sought to be in projects in the future, after all, he's a good chap.

Aside from James, good looking Mikoy Morales was there too. Last time I've seen him was during Thea Tolentino's debut where he sang a very amusing, but quite endearing composition he made for her. They look good together and how I wish they do end up in church some day. Anyway, Mikoy is busy with his new show together with Elmo Magalona and Janine Gutierrez called More Than Words. He plays the role of Chester Balboa, a geek who's life is also going to be intertwined with Ikay and Hiro. The show is already faring well and he's pretty happy about it. Aside from that, Mikoy Morales regularly appears in Sunday All Stars. He's not just a good singer but a pretty good musician and composer too. Who wouldn't fall in love with a guy like him right?

Plus what I like about James and Mikoy is, they don't have qualms having fun with us during the quiz night. They're not the type of stars that think so highly of themselves, they're so humble and appreciate small things. They even lead both of our teams answering questions and singing some of it. They don't make you feel like a stranger because they're naturally warm people. They probably know that people would be shy to approach them on a regular basis but this one, they felt right at home... I really appreciate people like that because as I see it, they're genuine. In show business, you can only tell a handful of them have that trait. Oh and before I end this, please watch Julie Ann San Jose's concert on the 13th of December at 8PM. It''ll be big because it will be held at the Mall of Asia Arena, tall order but I hope you get to see it!


Please do not hesitate to support these two young gentlemen who's working hard to make their dreams happen. They're one of the few who are triple threats, might as well idolize someone who has talent in the first place. I had so much fun, thank you so much to GMA Social Media peeps who invited us... hope this wouldn't be the last! :)