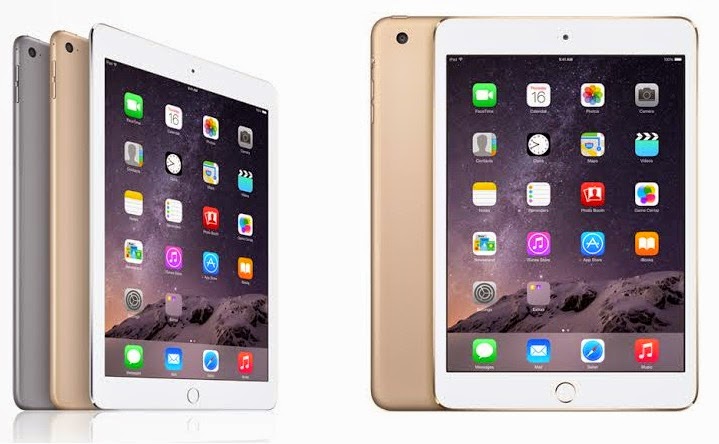 If you're still finding that one thing you want for Christmas, Smart Communications Inc. just came out with it as they open registrations for interest on the latest models iPad Air 2 and the iPad Mini 3.

The iPad Air 2 is the thinnest but most powerful iPad ever. It's got the best features of previous iPads including the Touch ID Fingerprint Sensor. They also re-engineered the 9.7 inch retina display and included the A8X chip with 64bit architecture making it faster and stronger in computing rates. It's also got faster wireless capability because of the device's wireless AC standard plus MIMO technology. You'll get crisp HD videos on Facetime too, iOS8 and about 10 hours of battery life. Isn't that neat? Well there's more!

The smaller form fitting iPad 3 Mini on the other hand is almost as powerful, though it has an A7 chip with the same architecture. The device also has the iSight It's got faster LTE speeds and with Smart as your network, you know you're going to get your money's worth.

If you would want to register now, head on to http://www.smart.com.ph/ipad now and experience how it is to be with the biggest network and the best offers!