One of GMA's most gorgeous hunks just celebrated his birthday at the Reception and Study Center for Children (RSCC) in Quezon City. Martin Del Rosario, who has never done this before says he's looking forward to spend time with them and share his blessings courtesy of Monreo Biscuits, Magnolia, Oishi, Active White, Thai Tea, Mogu Mogu, Zagu and Kambal Pandesal. GMA Artist Center arranges these things for their artists and Martin said he hasn't been able to experience this in his former station. 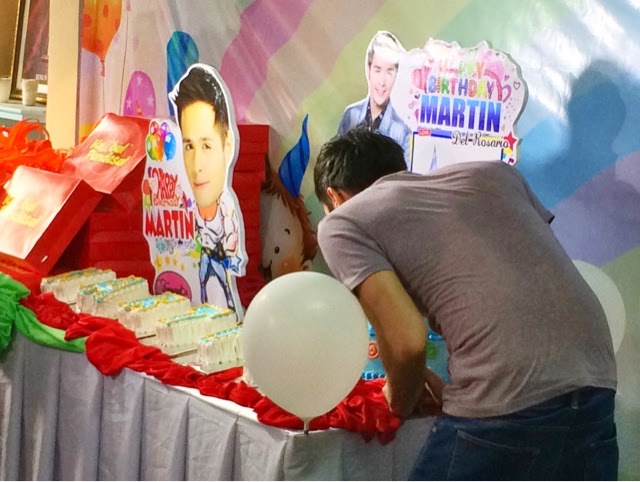 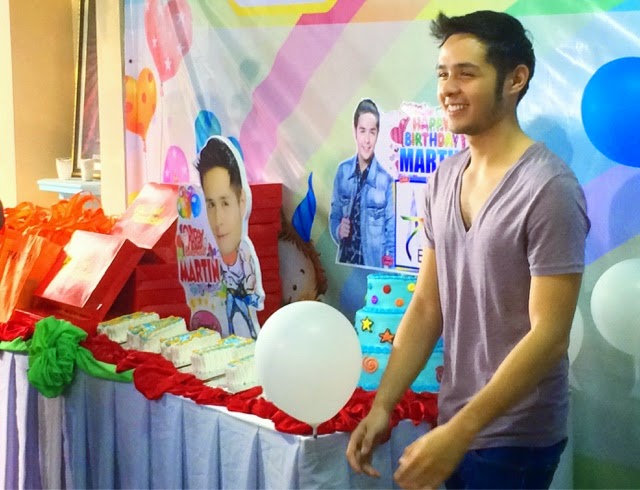 Martin was so happy to see the kids and he played games with the little ones, he gave them prizes too. 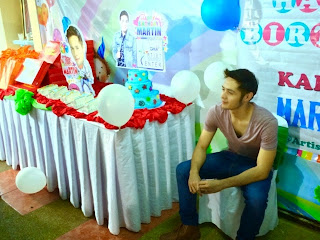 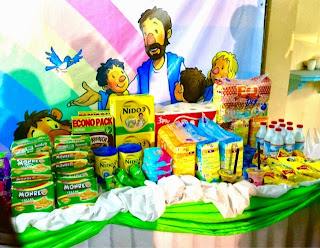 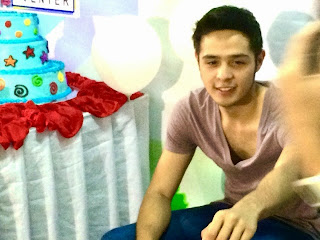 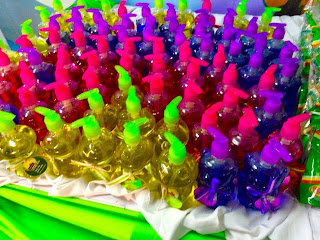 They also gave away essentials so the center would be able to take care of the kids even better.

We sat down with Martin after the event and asked him about his trip to South Korea a few days ago. He went there with some of the people behind the Indie film he starred in called "Sagwan (Paddle)" which was made last year. It was sent as an entry in ASEANA International Short Film Festival in Korea and they got the nomination. He went there with the Production Designer, Cinematographer and Director. He also roamed around the streets because he had so much time alone and he used that to get to know the country. This is different from the "Sagwan" movies shown in commercial release and this is new. It's about a boy who used to work pushing carts in train railways and got a life changing experience when he saw a paddling team in Manila bay. They followed his life there in the movie. This is directed by Heather Europa. There's still no commercial release here. He also heard plans from GMA but he's not counting them yet because it'll happen next year. He's also doing another indie next year. He's very happy with GMA and the culture is different. He says he also wants to work with Kris Bernal and Gwen Zamora if given the chance. 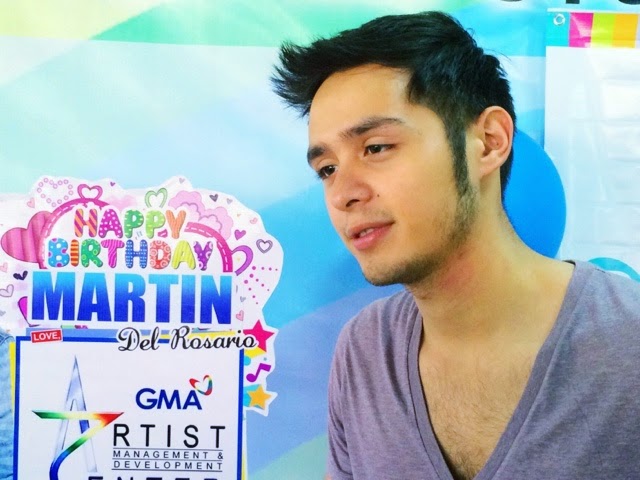 He says "It's a different feeling when you get to be with kids, I loved what happened here and I am looking forward to more of these things with GMA Artist Center. I am also celebrating my birthday in Macau next week with a couple of friends so I can unwind. It's mixed emotions here because I know how and where these kids came from, I am so happy because they make me feel happy. Most of them have no families, and I understand how happy they were earlier."

I also asked him about the Bench The Naked Truth show and he adds "I was shocked because people were talking about it and calling my poses so many names. The fashion show needs you to be remarkable, you have one minute to impress and I tried my best not to be exploited or dirty looking around there. If asked to do sexy roles, I think they are planning to do drama and comedy with me but I can do it... it just depends on the story, treatment and the execution of the director. I worked in Daguitab with very Taboo topics and I'm proud of that because those are the ones I want to watch. I hope people get to see it on a commercial release, soon. The film is nice and I hope it does come out soon. I'll be doing some projects soon that are on the similar story line."

He's now 22 and GMA has a lot of plans for him. It'll be mostly done next year when GMA comes out with new shows. Mark knows he's it's going to be a challenging run when that time comes. He's a great actor and if that continues to show in his projects here, he's bound to be one of the few who can take on lead roles in GMA's prime time slot. Serious and sexy roles would be fit too, is the audience ready for him when he goes this path? Time will tell, but by the looks of it... he sure does!

http://gmanetwork.com/artistcenter
Posted by John Bueno at 12:37 AM