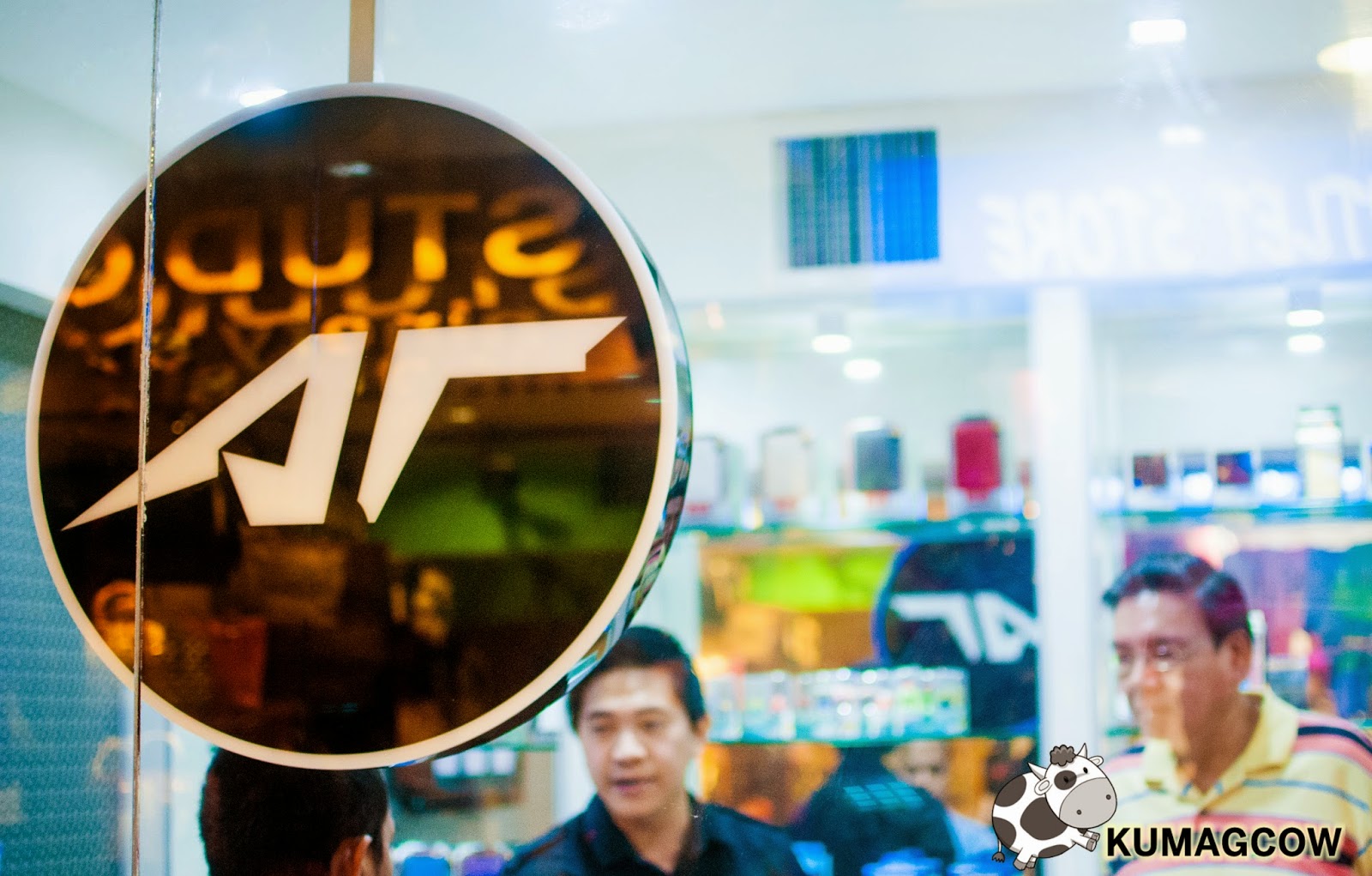 We visited the newest shop and showroom of Airborne Technologies placed right beside the MyVape store at L23 & 24 of Greenhills Theater Mall in San Juan. They are sister companies - and since the place is also littered with gadget shops, they got Airborne Tech products inside the store. I must say, I'm one of the few guys who get irritated when my smartphone or laptop runs out of juice - and a place to get power banks that can cater to all my gadgets in one place would be something I'd really appreciate. Their company is already distributing power banks internationally, but what I'm proud to also note is that they are fully owned by Filipinos; and their operations are based in the Philippines. They've been doing this since January 2014 and is part of Jason Borne Technologies Inc., which manufactures power banks, induction speakers, memory and storage devices.

Airborne Technologies prides itself with quality, their own research and development team, plus strict quality control. In the event, we were schooled about what power banks we have now in the market. They showed us how China made power bank units mostly are comprised of recycled and reconstituted laptop computer batteries - it's one of the reasons why there are a ton of computer waste from China too - they salvage it and sell it as new power banks elsewhere and in the Philippines. Scary? Yes, that's why Airborne Technologies only use legitimate Samsung parts to make their power banks. That's why you'll feel and experience what a power bank should be like when you purchase a unit.

This is their Arsenal Powerbank. It works with Laptop computers and your other gadgets because it's got 24,000 mAh capacity. It's also made of Lithium Polymer so it's lightweight. They are also throwing in a 1 Year warranty, an 8GB cute Airborne Tech Cartoon USB too!

When I say it's cute, it is cute! Just look at Spiderman, a Zombie from Plants and Zombies and a lot more! They've got these in different designs and mind you the 8 GB storage is so useful for your files, movies and photos. Remember, you get this free if you get that Arsenal Powerbank, they also sell this separately.

Another impressive line is this Hype Powerbank. A whopping 16,800 mAh capacity, made of Samsung Cell Lithium Ion Rechargable cells, it's available in Lime, White, Pink, Black, Sky Blue and Purple. It's more impressive because it only costs Php 3,231.00 in the AT store. One more reason to come and visit right?

For those who just need small ones, they've got the Minibank Powerbank at 2,600 mAh capacity. It's made of Lithium Polymer and has got a 1 Year warranty. You'll feel it last longer than usual powerbanks with the same capacity because of the cells they use for these units. It's also easy to carry because of it's small form factor. Put in in your pocket, or bag, it'll be the best thing to have when you run out of batteries for your phones. At least it'll last you until you get home.


At 11,200 mAh this one called Stone Powerbank is something that can last you the whole day. It also uses Samsung Lithium Ion Cells and has got a pretty tough exterior. For those who doesn't want their power bank units to slip or slide off their hands, this is the perfect choice. This and one year warranty, isn't that a great deal?

Speaking of cool, this is their Tough Rock Powerbank. It's their shockproof, waterproof powerbank and they proved worthy to be the official powerbank used by the Philippine Wakeboard Team as they battle other countries in Thailand! Now that's world class! It is 10,000 mAh with Samsung Lithium Ion Cells and has got a 1 year warranty. Then there's more!

They also have smart USB adapters. It's available in single and dual ports so if you've got more than one to use, this is the best thing to have than those expensive ones in stores. All their powerbanks by the way are also smart because they automatically stop charging once it gets to 100%. That would make you love it even more because you won't get your house burned down and least chance of overcharging your gadgets right?

This one was my favorite! This is the BOOM BOX Speaker by Airborne Technologies. You just place your phone on top of the thing and it freaking catches the music on it! No wires! No Bluetooth connection or what not. It was like magic! The unit can also be hardwired to your phone or music devices and play it directly with better sound. I loved it when they used an iPhone 5C and played it on top of the speaker, the track comes out when you put it on top and stops when you lift it off! Amazing!

You can get a glimpse of these devices and accessories when you visit any Airborne Technologies shops nationwide. Aside from the good powerbank devices, you've got adapters, speakers and more without compromising on quality. I'm using the powebank now and I must say, compared to the branded ones I have in my bag, it works like a charm. If you would like to ask about the prices, call them at 09178843973 or their channels below.