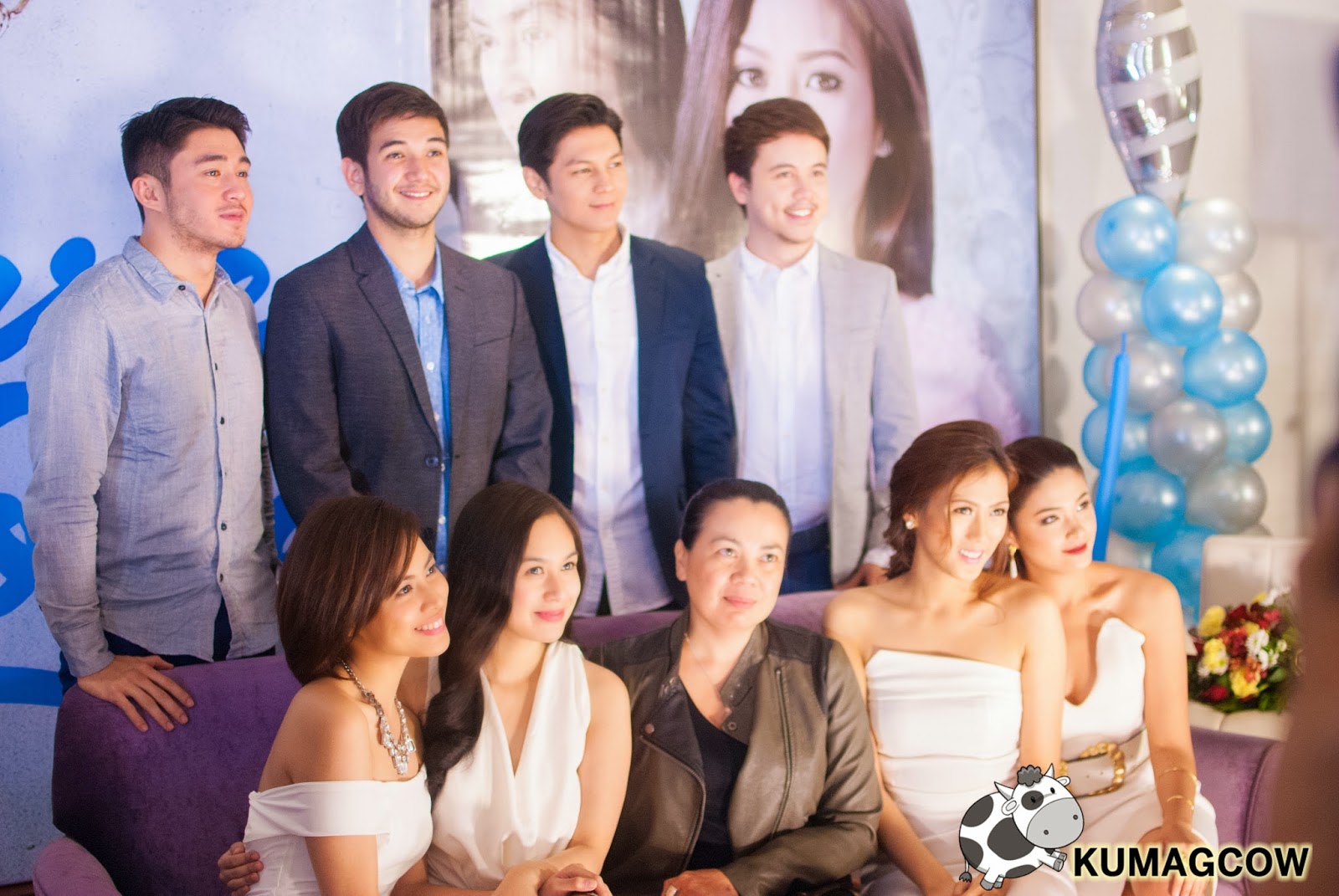 It looks like Pure Love is ending real soon. As of this writing, they're in their last two weeks and will expire on November 14. It's bitter sweet for the stars of this show which includes Alex Gonzaga, Yen Santos, Joseph Marco, Matt Evans and Arjo Atayde. Since they aired last July 7, they've been consistently topping the charts.

"Pure love comes in many forms, like family, we even have it on the show and we have to do our best so our show comes out real good" says Yam Concepcion.

Matt Evans adds "Pure Love is about sacrifices, you do everything to make the show better and accepted by many."

Alex Gonzaga said "I remember the scene where I did pity my character because Yen was already being loved in some way by Dave. I felt all the effort was done by me but she's the one getting everything, I cry sometimes about that."

Yen says "There were a lot of people who didn't believe in me the first time I had scenes with the cast. Now, it's so nice to hear seeing them praise how I could cry on cue. I worked hard for it. I prayed and asked for guidance. I studied a lot."

You will see something real good in their last two weeks as Diane and Ysabel continue to find their own true love in the series. How will the truth change their feelings towards the guys in the show? Will the situation be enough to make Diane live again?

This is directed by Ms. Veronica Velasco and also stars Arron Villaflor, Joseph Marco, my crush Yam Concepcion, Sunshine Cruz, John Arcilla, Ana Capri, Bart Guingona, Dante Ponce, Shey Bustamante and Anna Luna. The show talks about true love and strong family ties in a Filipino setting and the management has plans to probably have this sent to other Asian countries too.

Watch as Pure Love try to resolve things in their last few weeks. Will they be loyal to the ending seen on the Korean counterpart of veer away from it like most of the parts of their story? Make sure you watch them 5:50 PM right before TV Patrol.