Claudine Barretto For "Etiquette for Mistresses" 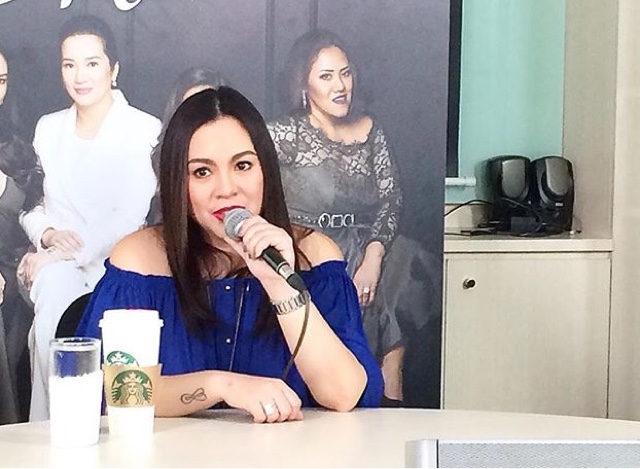 The first day of box office might have just gauged it's success as it earned 15 Million. I took the time to watch it alone the other day because I figured I might actually be writing about it illegibly if I just wrote about it and didn't even get to see it on theaters. It was a bit full, so I chose the next screening in the evening that had about a couple or more seats in the center still vacant. I read the book but I remembered Claudine Barretto said that it wasn't strictly going to follow the story. I guess they just made the rules in the book and applied it on the film. I don't want to spoil things, but in my books, it's Claudine's character Chloe that has the most interesting background and story in this project. We talked about it during the short interview we had in the Star Cinema offices last week.

Here are excerpts of it:


I'm very SORRY to have been a little out of my mind asking non sensical questions, I was really nervous and forgot everything while I was talking. I didn't even get to take photos of her after the event. It's my first time meeting her and it was like meeting Gretchen, I was like that nervous! LOL!

Congrats to Etiquette for Mistresses, to Ms. Kris Aquino, Iza Calzado, Cutie Kimmy kimmy Kim Chiu and Cheena Crab. Hope you continue to promote this and have more block screening for the fans. People need to see this even abroad Star Cinema! I'd give it an 8/10.